While Leclerc was able to impress by qualifying and finishing fourth in the Portuguese Grand Prix at the Algarve International Circuit, Vettel had another difficult weekend in the Ferrari SF1000.

After qualifying a lowly 15th, Vettel was able to recover to 10th in the race, but the four-time world champion has scored just two points in the last six races.

Some comments made by Vettel over team radio through the Portugal weekend had been interpreted in some corners as a suggestion he and Leclerc did not have the same car specification.

Ferrari team principal Mattia Binotto was quick to rubbish the suggestion after the race, while Vettel also expressed his trust in the team around him to ensure he had the same opportunity as Leclerc.

"Well I think I have to think that we have the same car," Vettel said.

"I trust the people around me and in the garage. I have one thing that is obviously told by the stopwatch and the lap times, and the other one is by my feeling. 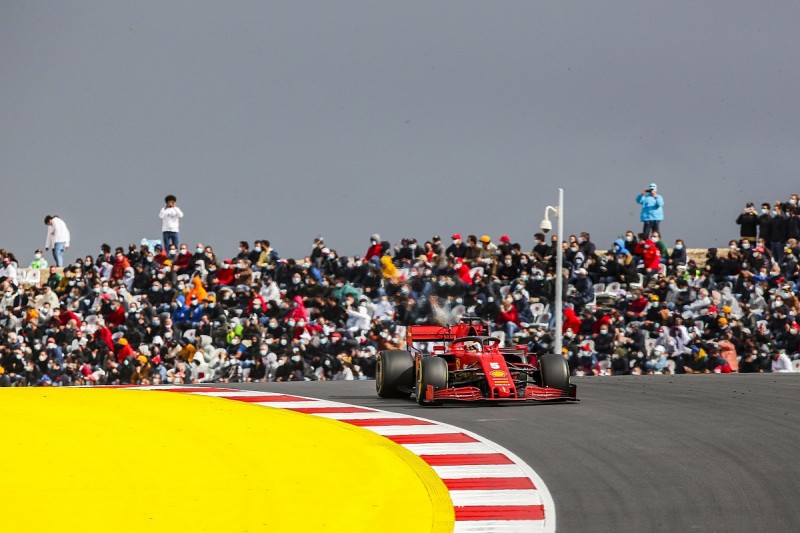 "Feeling-wise, I really struggle to get the good laps together, be consistent and feel the grip that maybe Charles is able to feel, so I'm working on it.

"But there's nothing else other than work that will get me out of it."

Vettel will leave Ferrari at the end of the year ahead of a switch to Aston Martin in 2021, and has already expressed his desire to finish his time at Maranello with "dignity".

The German driver currently sits 13th in the drivers' championship with less than one-quarter of Leclerc's points total this season.

Vettel felt a gain in qualifying would be beneficial to his race results, having failed to make it further than Q2 at any of the last seven races.

"I think together with the team around me, I'll try to make the maximum, and hopefully we are in a bit better place next week," Vettel said, looking ahead to this weekend's race at Imola.

"Obviously our weakness at the moment is the Saturday. On Sunday, we are struggling because we are always in the pack, and it's a very difficult race from then and very different, so probably not always the best sort of comparison."

The pre-race call that gave Hamilton the edge at Portimao