Sebastian Vettel feels there is no pattern to his qualifying deficit to Charles Leclerc, after his Ferrari Formula 1 team-mate took his fourth pole in a row in Russia

Vettel trailed Leclerc by 0.425 seconds in the final part of qualifying at Sochi, and was bumped off the front row when Mercedes driver Lewis Hamilton improved on his final lap.

It is the ninth consecutive qualifying session in which four-time world champion Vettel has qualified behind Leclerc.

"In quali here and there we didn't have the best sessions on my side," said Vettel, when asked what Leclerc has been doing better than him in qualifying lately.

"Obviously today Charles was faster, so it's pretty easy to see where he's faster, but it's a little bit here and there.

"I don't think there's any pattern standing out saying that he's always faster in the same type of corners.

"As I said, [qualifying for] the last couple of races was closer than maybe it looked on the result, so we'll see what happens tomorrow.

"Usually come race day I'm getting more and more confident in the car, and pace has never been a problem in the race."

Vettel was "quite happy in general" with how his car felt in Russian GP qualifying, but said a messy Q1 - in which he struggled to set a competitive initial time on medium tyres - affected his build-up.

"I thought by the time we got to Q3 it was fine," he stressed.

"Overall I was pretty happy with the car - I just felt as if there was more in the car that I couldn't get to." 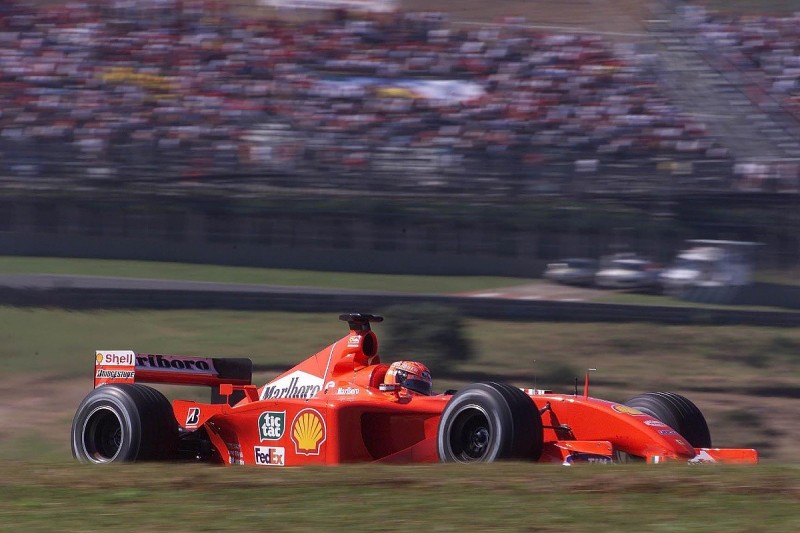 Leclerc's Sochi pole marked the first time a Ferrari driver has scored four consecutive pole positions since seven-time world champion Michael Schumacher did so at the end of 2000 and start of 2001.

The two-time race winner acknowledged the milestone "felt great", but stressed "I don't want to think about these things".

Asked by Autosport whether his current qualifying streak made him feel untouchable over one lap, Leclerc said: "Of course I felt confident going in qualifying, but at one point it's going to end, whether it's now or later.

"The only thing I'm trying to do is to focus on myself, try to have the same procedure as I've had since the last four races.