The result of the 53-lap race at Suzuka, where Vettel withstood a last-lap attack from Lewis Hamilton to finish second, was instead taken at the end of lap 52 because the chequered light panel was activated too early.

F1's sporting regulations state that should the end‐of‐race signal be given before the leading car completes the scheduled number of laps, the race will be deemed to have finished when the leading car last crossed the line before the signal was given.

Asked by Autosport for his thoughts on the situation, Vettel joked that "I wasn't the only one who was eager and went early", having moved before the lights went out at the start of the race.

"From the driver's point of view it's very clear: there was no chequered flag," said the Ferrari driver.

"We have the pit board giving us the information on the laps, we see it on the dashboard as well how many laps are still to go.

"I saw there was a lap to go and got the call by radio it was the last lap, even though there was a confusion because I think it's more the timing [system] that set the chequered flag.

"I don't know the background but in the car it was no problem because there was no chequered flag waved." 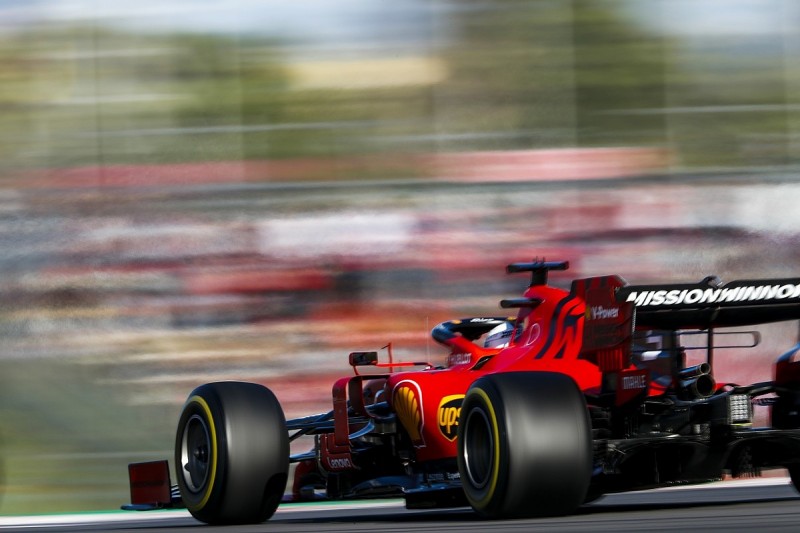 Vettel said the chequered flag is the "ultimate signal" for drivers and that should be the case with the rules too.

"We had an issue in Canada [last] year where the chequered flag was waved too early.

"Now as I understand it the timing [system] is the more decisive one. Whereas I think it should still be the chequered flag as well.

"So if you get one of the two wrong, it doesn't matter which one, for us drivers it matters if you see the chequered flag you shouldn't continue.

"With the current rules, had they shown the chequered flag a lap too early the race would have still continued.

"That's wrong I think. We can do better overall."

Vettel's team boss Mattia Binotto said Ferrari had immediately instructed its drivers to keep racing to the end of the lap after receiving the chequered flag signal.

Both Vettel and team-mate Charles Leclerc said they could not see the electronic board showing chequered flag from the cockpit, so had pressed on anyway.

"It didn't affect what we are doing," said Binotto.

"It's something to be reviewed on the sporting side with the FIA, how to improve in the future."