Sebastian Vettel says he is “not worried” about his future with Aston Martin in Formula 1 and that talks are ongoing with the team about his contract for next season.

Four-time F1 world champion Vettel linked up with Aston Martin for the 2021 season following his exit from Ferrari at the end of last year.

Vettel has led the team’s efforts so far this year, scoring a second-place finish in Azerbaijan and picking up close to double the points of team-mate Lance Stroll.

Aston Martin announced last year that Vettel had joined on a deal to cover “2021 and beyond”, but the team is yet to formally confirm its driver plans for next season.

Team principal Otmar Szafnauer said at Zandvoort last weekend that it was “nothing complicated” with Vettel, but “just timing in the contract as to when we have to have the negotiation signed and then move on”.

Following a busy week of driver announcements that has seen Valtteri Bottas, George Russell and Alexander Albon all have seats confirmed for 2022, Vettel said he had “no news” to share.

“I’m talking to the team obviously, and I think we’ll have an answer very soon,” Vettel said. 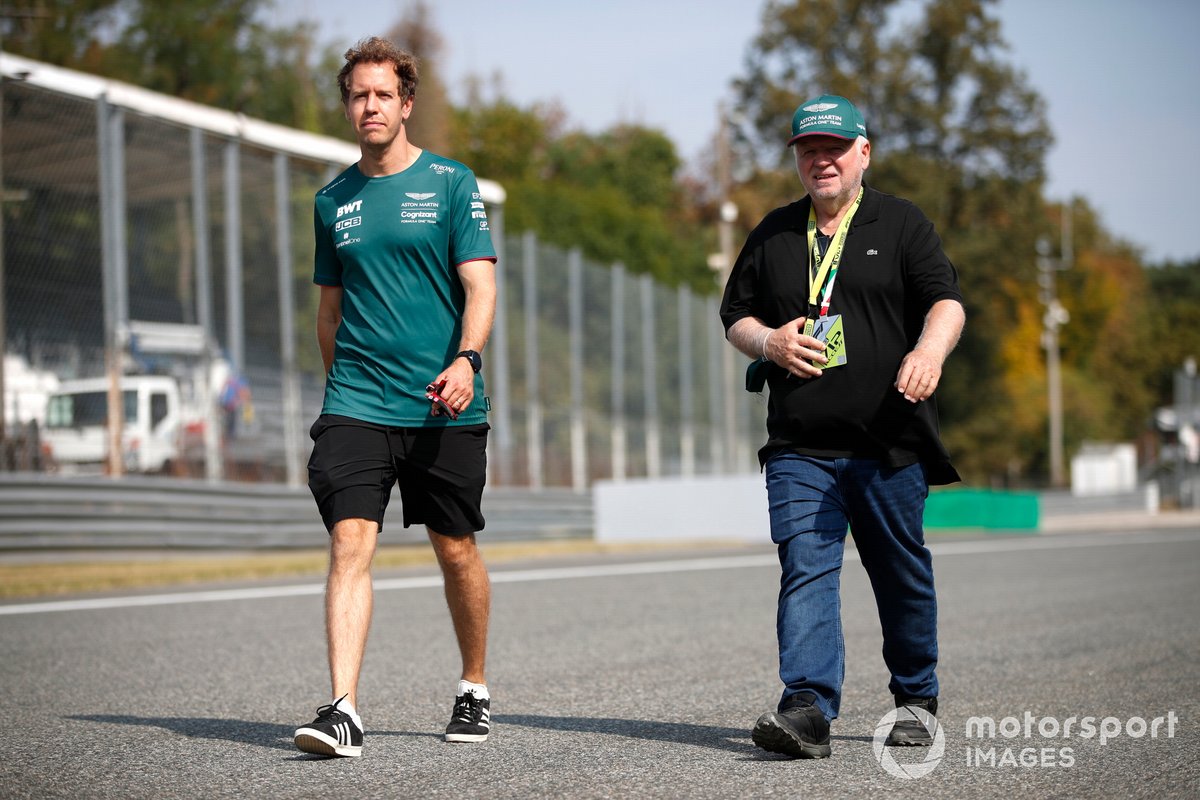 Asked why there was no news. Vettel said he had “never really talked much about contracts”, and that he “can’t give you much more insight” as to why talks were ongoing.

“As I said, we are talking to each other,” Vettel added.

“I really enjoy working with the team. I think the atmosphere is great, and I do believe the future of this team is very, very bright.

“So yeah. I’m not worried. And I feel that we will have an answer soon.”

Vettel welcomed the news that current Williams driver Russell had got the nod to move up to Mercedes for next year, partnering Lewis Hamilton, and that Albon would be returning to the grid after a season away.