Gunther Steiner feels the rivalry between Haas Formula 1 drivers Nikita Mazepin and Mick Schumacher is not personal and "exaggerated" by the team's current performance ahead of talks at Monza.

Steiner is set to meet with Mazepin and Schumacher on Thursday ahead of the Italian Grand Prix after two incidents between them at Zandvoort last weekend.

Mazepin said that Schumacher ruined his qualifying by breaking team protocol and passing him on their out lap, but Schumacher claimed he had been given permission to make the overtake.

In the race, Schumacher felt "very angry" about Mazepin's late defensive move on the main straight at the end of the first lap, and acknowledged there was "room for improvement" in their relationship. Mazepin himself said there were "no problems" with Schumacher.

Addressing the situation ahead of the Thursday meeting at Monza, Haas F1 boss Steiner made clear his commitment to resolving the matter to prevent any future issues emerging.

"What happened last week, we had a meeting on Sunday, we will have another meeting today," Steiner said.

"We'll work on it and get that problem sorted as well, as we did with a lot of other things.

"I just want to make sure that the two guys get a good understanding of how they should race, and that they can learn to avoid the situations that don't help anybody, the least it helps them."

Steiner added: "I don't really care what they do in their private life, if they are friends or not. But on the race track, they need to perform for the team.

"If you take them both not together, they all agree with that. We just have to find an agreement when they're both in the room. That is what we are working on. There are a lot of team-mates which are not good friends.

"We just need to make it work. They are young, and they need to understand that, and then they can move on together in the same team." 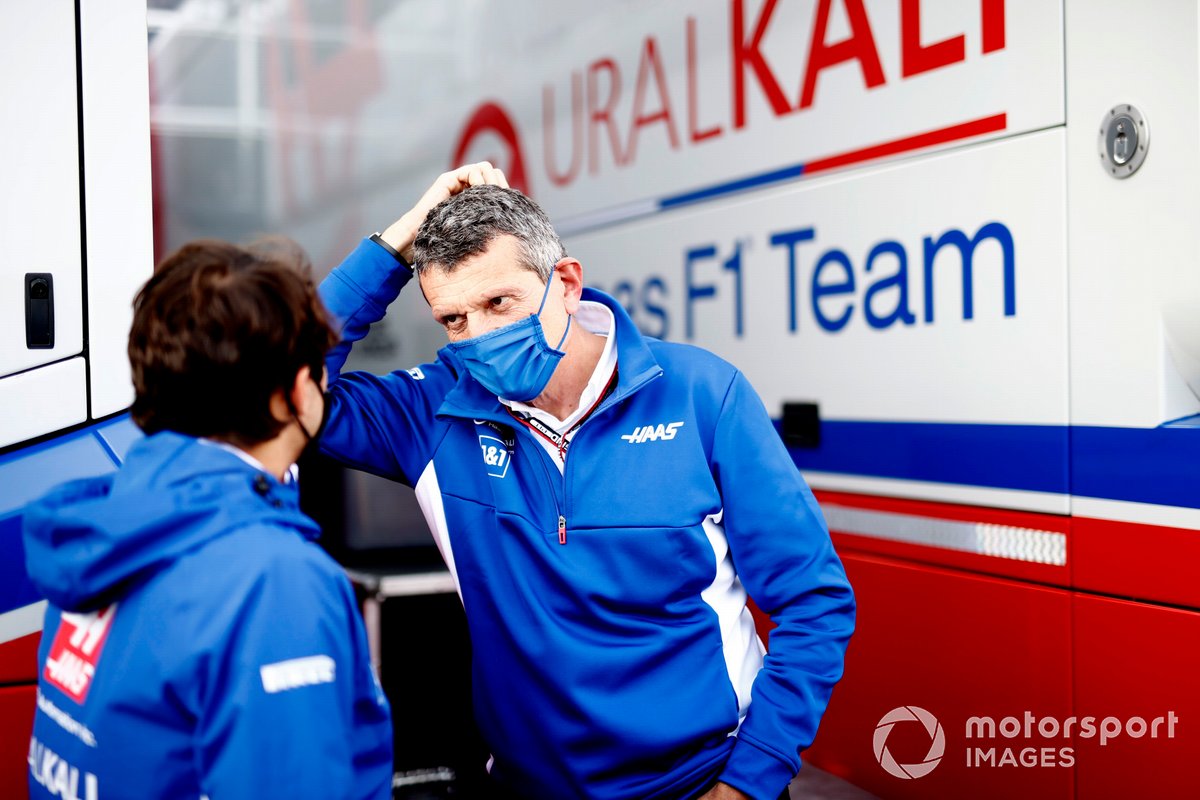 Haas currently sits at the bottom of the F1 constructors' championship after failing to score any points this year, but is treating 2021 as a transition season, opting against car development so it can place full focus on next year's regulations.

It has left Mazepin and Schumacher only racing each other most of the time at the back of the field, something Steiner felt was fanning the flames of the rivalry.

"I don't think it's personal, I think it's circumstances," Steiner said.

"As I continue to say, we are fighting with nobody else than between the two of them. Therefore, this is exaggerated, this fight. There is nothing else to fight.

"But they have nobody else to fight, so that is what they focus on. That seems to be, in my opinion, one of the issues there. There is nothing else around it."