Sebastian Vettel feels "a lot more at home" with Aston Martin's Formula 1 car after running the team's updates for the first time in Spanish Grand Prix practice on Friday.

Four-time F1 world champion Vettel has failed to score any points in his first three races with Aston Martin, having struggled with the car's rear-end instability following the FIA's downforce cuts for 2021.

But the team hoped to remedy his struggles with an upgrade package that was used by team-mate Lance Stroll last weekend in Portugal, focusing mainly on the floor of the car.

Vettel received his package for Friday's practice running for the Spanish Grand Prix, allowing him to place eighth in FP1 and 11th in FP2.

The updated parts gave Vettel a boost, who said it was Aston Martin's "best Friday" of the season so far and that he felt "happier" with the car.

"It seemed to improve. I think it's a step forward. So it's good to tick that off.

"Now we'll try and improve the package [from] where we are now. The midfield is very tight, so everything we can find will work in our favour.

"It's a long race as well, it's tough on the tyres. So lots of stuff to look for tonight." 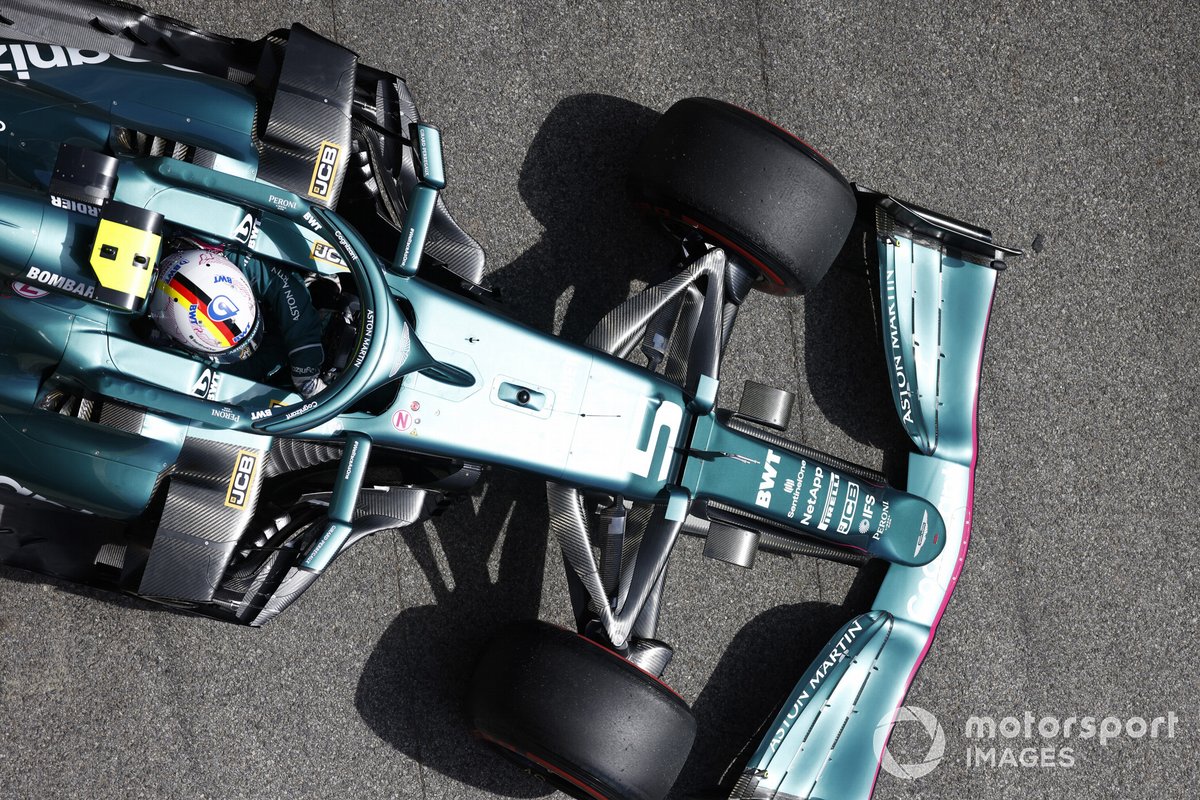 Vettel finished less than eight-tenths of a second off Lewis Hamilton's fastest overall time in FP2, with less than half a second separating cars from Alpine, AlphaTauri, Ferrari and Red Bull, with McLaren not far behind.

It has set up a close battle to reach Q3 on Saturday, with Vettel looking to make the top-10 in qualifying at back-to-back races since Hungary and Great Britain last year.

"That's sort of the region we are targeting for, and I think if everything goes well, then we might get in that region," Vettel said.

"But it's going to be very, very tight. There's a lot of cars fighting for these spots. So we just look on ourselves what we can do better for tomorrow."