Vettel: Mercedes 'in a world of their own' in Italian GP qualifying

Lewis Hamilton and Nico Rosberg comfortably locked out the front row for Mercedes on Saturday, with Vettel best of the rest for Ferrari eight tenths adrift of pole.

With Ferrari only qualifying two tenths of a second down on Mercedes at this race last year, Vettel said it highlighted how well the world champion team has done to stay at the front of the pack.

"I'm not entirely happy as the gap is quite big to those guys ahead," said Vettel.

"It's like they are in a world of their own today.

"We're not happy that we're further behind than last year.

"We're just not quick enough, there is no point making it super-complicated.

"The combination of car and engine, we're still behind. It's up to us to catch up."

Vettel believes the gap to Mercedes could be exaggerated by the engine modes Hamilton and Rosberg are able to run for a single lap attempt in qualifying.

Ferrari brought its final engine upgrade of the year to its home race this weekend, and Vettel believes the race will be stronger than qualifying was for the Italian team.

"On the engine we did a step forward but others are improving as well," he added.

"We were happy all weekend but in qualifying it could have been a bit better.

"It's not a big surprise as Mercedes have been able to turn it up a bit more.

"In the race [the gap] comes down as they can't run those modes the whole race.

"It wasn't clean enough today, but tomorrow we can race with confidence." 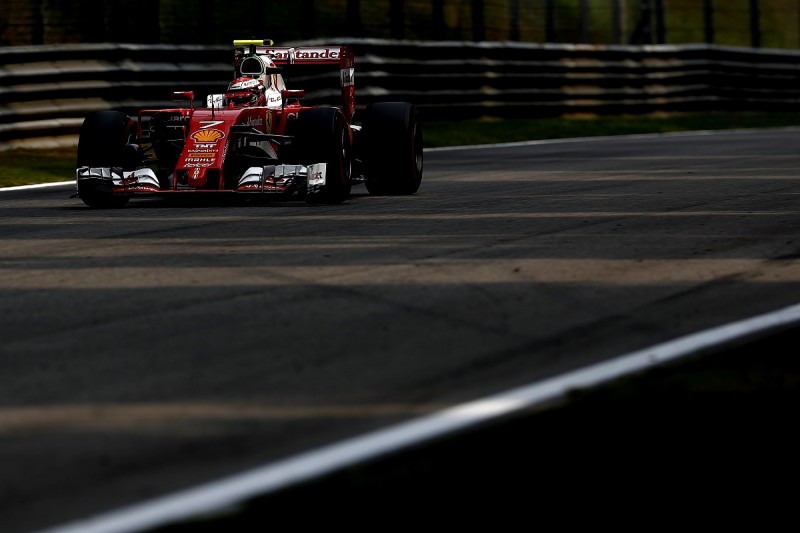 Raikkonen believes Mercedes' performance this weekend is more representative of its advantage than qualifying was at Spa, where Rosberg took pole by less than two tenths around a much longer lap.

"They probably had some issues [at Spa] compared to here," said the Finn, who will join Vettel on the second row of the grid.

"Maybe we did a better job there. Here, the gap was bigger.

"Our car is behaving as well as it was at Spa but for whatever reason, it looks quite a lot different."