Vettel: 'Key' to work together with Leclerc at Ferrari in 2019

With the Scuderia deciding against retaining its number two driver Kimi Raikkonen for 2019, Vettel will have a new team-mate for the first time since he joined Ferrari in 2015.

But while Leclerc's natural speed is obvious, the 21 year-old lacks F1 experience with only 19 Grands Prix for Sauber under his belt, which is why Vettel thinks it would be a mistake if the pair locked horns in a fight for internal supremacy.

"It's going to be different for sure, because Charles is not Kimi and Kimi is not Charles," Vettel told Autosport.

"He is young, so he will have a lot on his head and a lot of things in his mind. So I think for the team we need to work together on track.

"I am sure he wants to beat me, [and] I want to beat him, the rules are clear. It was the same with Kimi.

"But I think the key is that we work together and, as I said, he will have a lot things going on in his head.

"I am his team mate, so I am also here to help. I am the last one that is trying to hide or playing any games or anything like that.

"That is why I think I get along very well with Kimi, because in this regard we are very similar. So we will see." 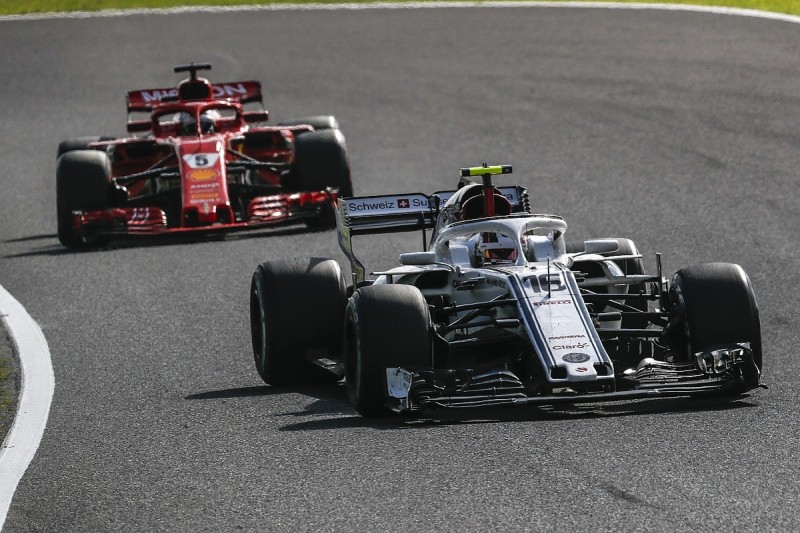 Although Raikkonen's failure to convince Ferrari to keep him for 2019 could have prompted him to walk away from F1, a deal to take Leclerc's vacant seat at Sauber means the Finn will continue racing into his forties.

However, Vettel says he is sceptical about extending his own career to such an age.

"Well, its another ten years from now to go as long as Kimi," he said.

"It is a long time. It's as long as I've been here, so now its half time basically. I don't know.

"It depends, you know. If I win the next ten years with Ferrari, than yeah, why not?"

The star Mercedes photographer who 'can't take pictures of cars’