It marks Whitmarsh’s return to a role in F1 after his stint at the helm of McLaren from 2009 to 2014. He will oversee Aston Martin’s new Performance Technologies division, as part of the manufacturer’s senior leadership team.

Four-time F1 world champion Vettel said that while he does not know Whitmarsh well, he was confident that it marked another strong addition in Aston Martin’s push to become a title-contending team.

“I know Martin from just when he left, I started more or less in Formula 1,” Vettel said.

“I’ve never worked with him and I don’t know him good enough to judge. So I think we need to be open-minded.

“Obviously we expected to strengthen the team, otherwise there is no point signing new people or adding people to the team.

“I think it looks like a strong recruitment, and hopefully helps us to achieve what we want to achieve in the future.”

Vettel’s team-mate, Lance Stroll, called the arrival of Whitmarsh “very exciting”, adding to the recent growth that saw Aston Martin break ground on a new factory that is set to be completed by early 2023 at the latest.

“Martin was involved with McLaren for a long time when they were very successful, and I think it’s really exciting to have him on board to help grow this team,” Stroll said. 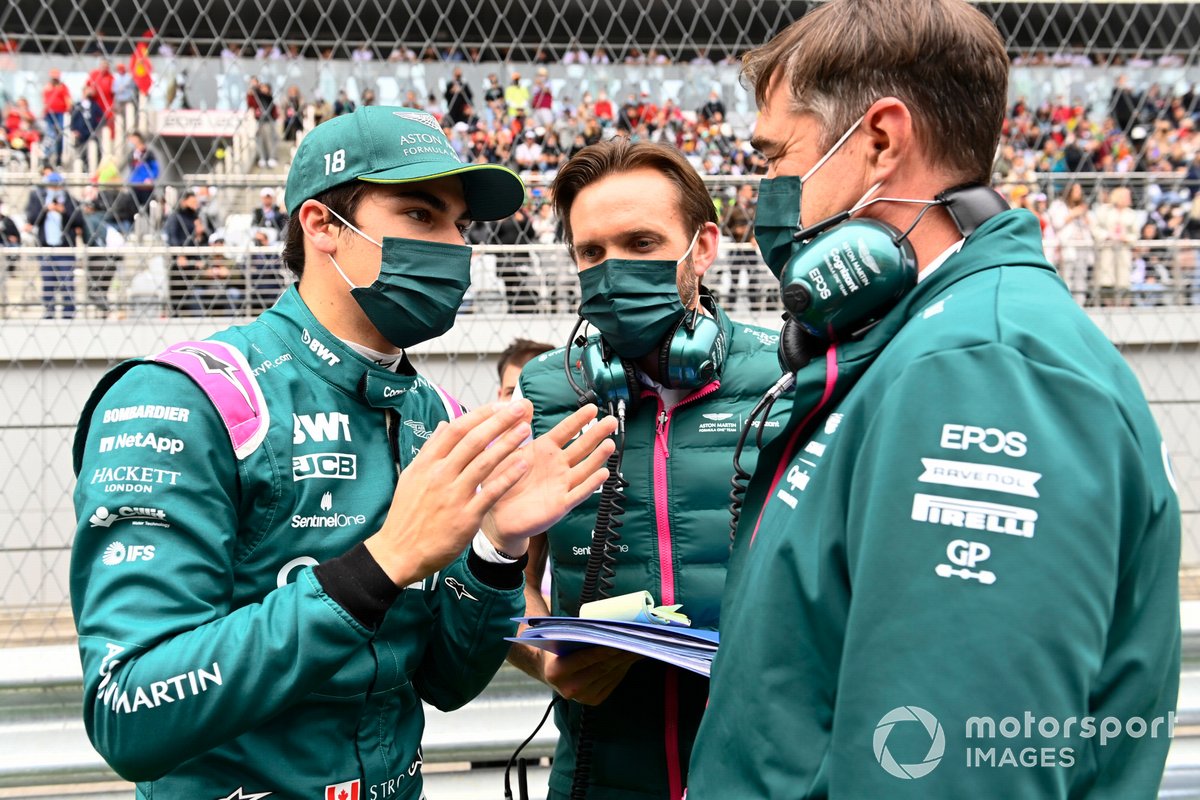 Lance Stroll, Aston Martin, on the grid with his engineers

“We’ve been bringing a lot of I think very talented people on board over the last few months. I think Martin is a great addition to this team.

"I think everything that is happening now within this team, the new factory that is in the process of being built, and Martin coming on board is all very constructive.

“It’s all leading towards the goals that we want to achieve in the coming years.”

One of the few drivers on the current grid who has previously worked with Whitmarsh is Fernando Alonso, who raced for McLaren in 2007 while Whitmarsh worked as chief operating officer. Alonso called Whitmarsh “a great addition to any team”.

“He’s very clever, a good leader as well. Unfortunately it’s not in our team, but we have great people as well.

“It’s good to see Martin and a lot of guys, they deserve a lot of credit, and now they are back in the sport, so it’s the benefit of everyone in the paddock.”