Sebastian Vettel has taken responsibility for the call to switch to dry tyres during the Formula 1 Turkish Grand Prix in damp conditions, only to see it backfire and wreck his race.

The Aston Martin driver was the first one to gamble for dry tyres in the tricky conditions at the Istanbul Park, opting to take on fresh mediums after 36 laps, with the track still wet in several places.

The strategy, which Vettel said was a team decision but one he made the final call on, destroyed his race and fight for points as he slipped off track at Turn 4 and Turn 7 during his first lap on the medium tyres, before opting to pit immediately where he then suffered a half-spin at pit entry.

Having switched to new intermediate tyres, Vettel finished a lowly 18th place only ahead of the two Haas drivers.

Vettel explained the reasoning behind his call for dry tyres but knew as soon as he lost temperature the plan had failed.

"Together [we made the dry tyre call] but in the end I made the decision, I wanted to try to go for it," Vettel said after the race.

"On the inters there was nothing left, so I thought the dry tyres could be as good but I couldn't break them in and just had no grip and lost so much time as I couldn't make them work.

"It was worse than I expected, even if it was damp a little bit here and there, or wet. But the main thing was I couldn't break the tyre in and then you are just sliding on the top.

"It is a no-brainer [call] now but at that time I don't know. I was tempted some laps before and the inters were not getting any better. If you look at the inter tyres there is nothing left on them, they look like a slick, so I think I had reason but obviously it was the wrong decision." 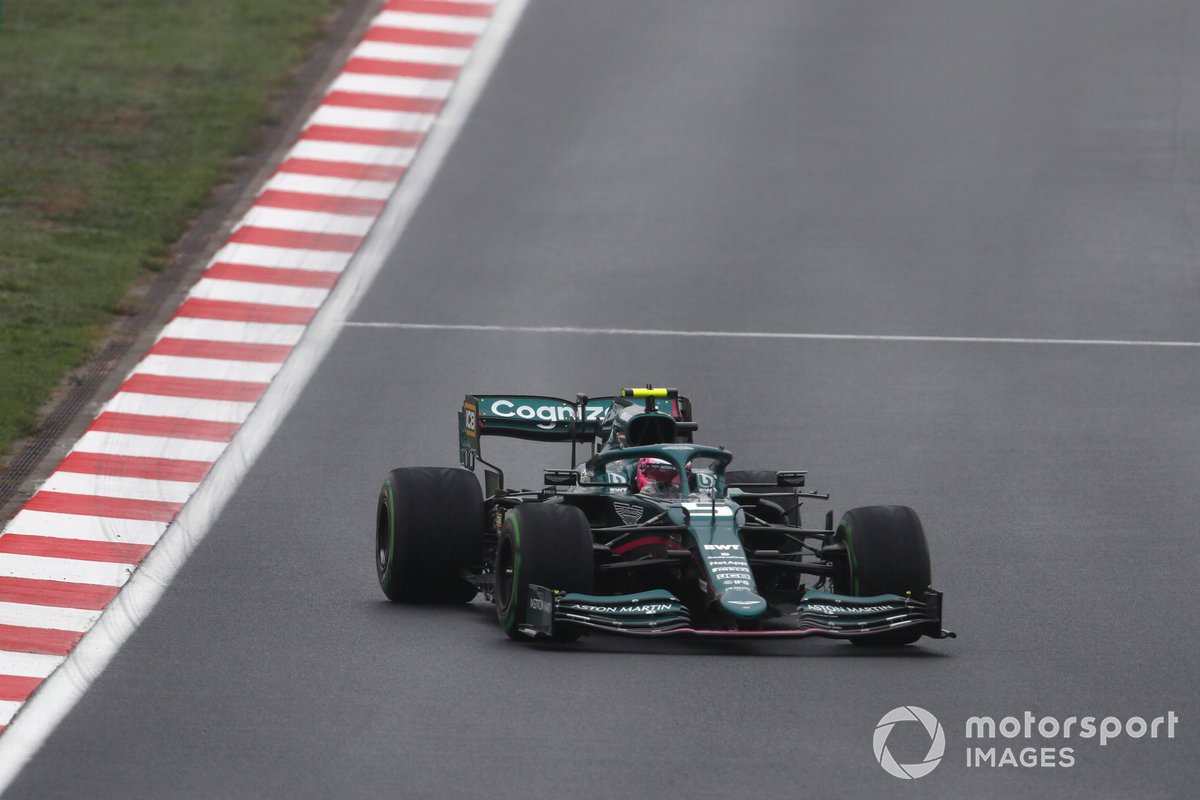 Despite the Turkish GP circuit being treated since last year's race, undergoing a water blasting procedure which provided much more grip this weekend, Vettel still felt the track conditions were "strange" during the race as it failed to dry sufficiently despite the pre-race rain relenting.

"The track is good fun but it was a bit strange today, similar to last year with the intermediates and staying out so long," Vettel said, having finished on the podium in last year's Turkish GP.

"At some point I thought it was ready for dry tyres so I took the risk but it didn't work.

"Last year I was thinking 15 laps to go that I wanted to try the slick tyres when the track was a little bit worse so I thought it was worth a go but it proved to be wrong."