Sebastian Vettel was surprised by his struggles in Jeddah Formula 1 qualifying on Saturday, believing his Aston Martin isn't “a good match” to the Saudi track after his Q1 exit.

Vettel finished a lowly 17th in qualifying for the Saudi Arabian Grand Prix, only beating team-mate Lance Stroll and the Haas cars to leave Aston Martin as the second-slowest team.

Vettel sounded disappointed over team radio when his engineer confirmed he had only finished 17th, lapping over two-tenths of a second shy of a Q2 berth.

Aston Martin had also featured towards the lower end of the practice session results, but Vettel was surprised by its struggles as nothing had changed on the AMR21 car since Qatar where he reached Q3.

He put Aston Martin’s weaknesses down to tyre preparation, a challenge several teams have struggled with this weekend, and the fast Jeddah street track not suiting his car.

“It’s the same car, so I think we are just not a good match to this track,” Vettel said.

“I struggled a bit to get the tyres to work, but I think so did everybody. So it's not efficient, I guess, around here, and doesn't play to our strengths.

“The laps feel good. The balance, once we get it, is OK, but we are miles away, and then you look at the onboard from the others.

"There’s no secrets, they are just faster.” 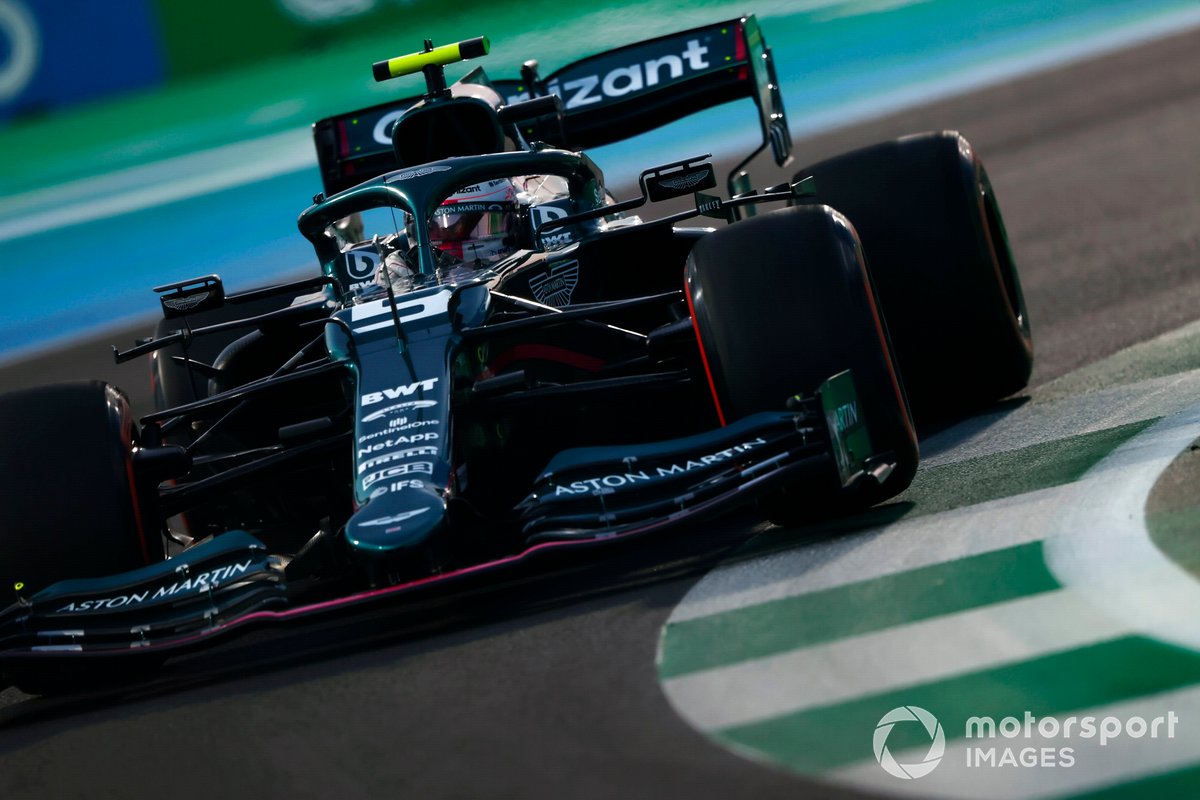 Vettel was caught up in a traffic jam towards the end of Q1 as a number of cars bunched towards Turn 27 ahead of their flying laps. The backing-up was sparked by Valtteri Bottas, who was running slowly due to an engine misfire before he ultimately got back to the pits.

“[There were] too many cars in the same spot of the track and cars not able to queue,” Vettel said.

“Some of them [were] passing. It doesn't matter.

“But in the end, it was two Alpines that passed and everything started to be a mess. You run out of track and there's a car coming from behind and at that point is carnage.

“I was happy that I got the lap. Nikita [Mazepin] behind me was side-by-side down the main straight and he aborted, so it could have been me the other way around and you don't even get the final shot."