In recent races, the Ferrari and Sauber drivers have been separated by taking their average scores for the season to two decimal places, but following poor scores for both from the Hockenheim weekend, they are now on exactly the same rating for the season, both dropping to 7.8/10 after 11 races.

Other poor ratings from Autosport Plus members for the drivers that have starred so far this season in their eyes means the top of the order has now closed up, with Fernando Alonso slipping from third to sixth, as he, Vettel and Leclerc all registered scores of 6.1 or lower from the German GP weekend.

Kevin Magnussen's 7/10 rating from our readers from the weekend moves him back into third, but his score for the season is matched exactly by Lewis Hamilton, whose charge from 14th on the grid to victory at Hockenheim earned him the highest rating of the weekend with 9.1/10.

With Hamilton moving above him and Alonso falling behind, Valtteri Bottas - who obeyed a team order not to fight Hamilton for victory on Sunday - stays fifth in the standings for the season so far. 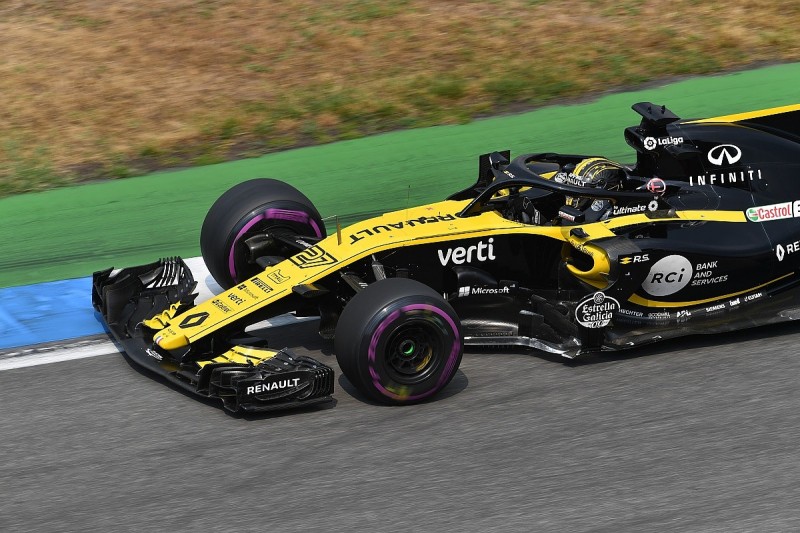 Nico Hulkenberg's recent charge up the order continues as he gains another two places following his latest 'Class B' victory on home soil, climbing to seventh behind the falling Alonso.

Going in the other direction is Daniel Ricciardo, who falls from seventh to ninth after picking up a score of 6.9/10 from our readers on a tough weekend that was hindered by grid penalties and reliability problems.

Further down the order, Brendon Hartley's 8/10 was his first score above 6.9 for the whole season, improving his average enough to move him ahead of the struggling Stoffel Vandoorne into 16th.