Sebastian Vettel believes the push to review the incident between Formula 1 title rivals Lewis Hamilton and Max Verstappen in Brazil last weekend is "a bit unnecessary".

Verstappen and Hamilton went wheel-to-wheel while fighting for the win at Interlagos last Sunday, leading to both cars going off at Turn 4 as Verstappen fought to hold on to the position.

Mercedes F1 boss Toto Wolf called it "laughable" the stewards did not give Verstappen a penalty or even launch an investigation into the move, but it emerged that race control did not have access to the Red Bull's front-facing camera for the incident.

After this footage was released on Tuesday, Mercedes announced that it would be requesting a right of review for the incident, with a hearing set for 5pm on Thursday in Qatar.

Should the right of review be successful, it could result in a retroactive penalty for Verstappen that could impact the Brazilian Grand Prix result.

Verstappen claimed that he struggled with worn tyres when braking for the corner, but was ultimately unable to keep Hamilton behind, who eventually overtook his rival 11 laps later for the position.

Four-time F1 world champion Vettel noted that he "didn't see" the incident between Verstappen and Hamilton, joking that he was "one lap down at least".

The Aston Martin driver said he had seen "a little bit" of the footage from the incident, saying: "They were fighting for the lead, so it's obviously the biggest fight going on in every race."

A number of teams have used the right of review system to try and lead to steward action, with new and significant evidence required.

Asked if he thought the increasing use of right of review was a good trend to see, Vettel replied: "I'm not involved. But I think it's a bit unnecessary.

"I think time goes one way, so what changes? I don't think anything changes. I think Lewis drove a great race. He won. He was faster. That's it." 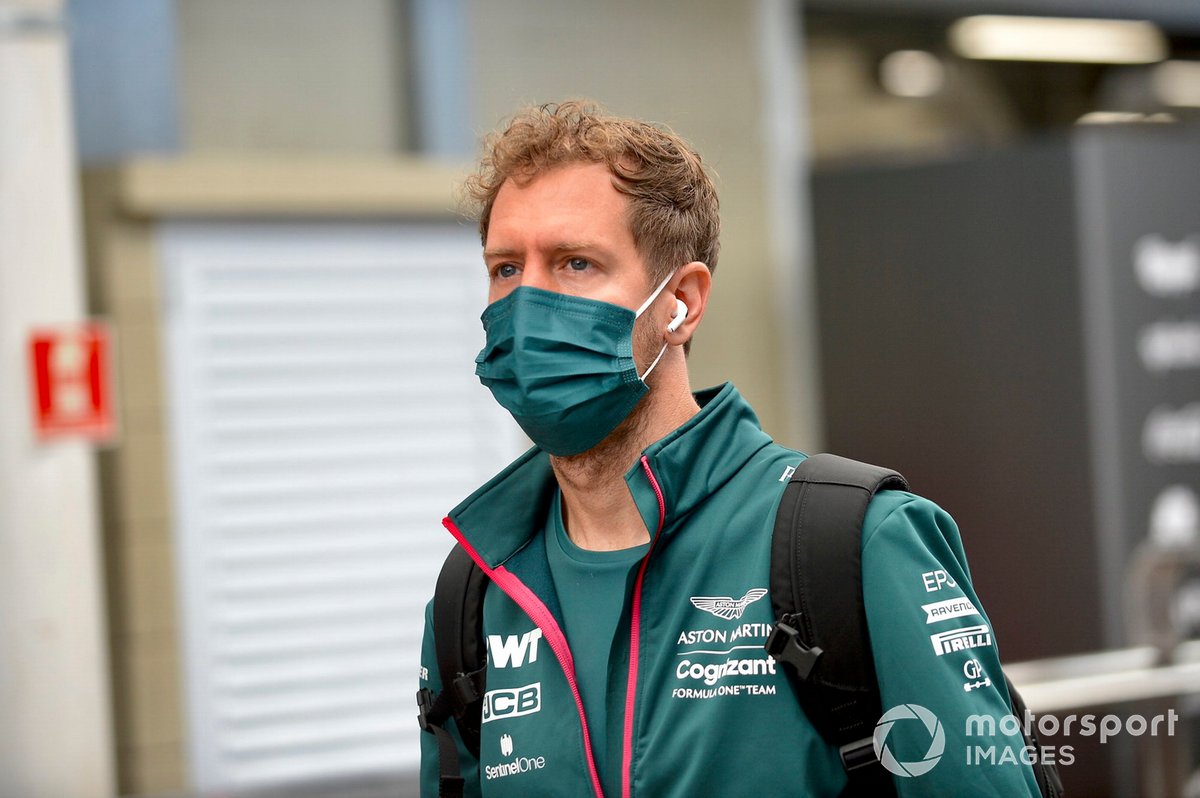 Alpine's Fernando Alonso shied away from commenting too much on the matter, saying he would "not have an opinion because it's very different from time to time", but doubted there would be additional action.

"Nothing should happen now," Alonso said.

"I don't know exactly if it was too bad, but the stewards, they considered that there was no penalty there, there will be no penalty, I guess."

Verstappen's former Red Bull team-mate, Daniel Ricciardo, called it a "tough" and "tight" battle, and understood why Verstappen fought as hard as he did to try and stay ahead.

"Whether the move was call it right or wrong, fighting for a win and I guess the championship at this stage, you're going to try and fight as long as you can, and try to do everything you can to hold onto that lead," Ricciardo said.

"Obviously that one took them both off, so maybe that was over the limit.

"I'd say it's too hard, because no-one made the corner. So you could say that. But I think the approach is unchanged.

"I'm not in that position, fighting for a world title, I think you're going to fight to the end. I don't know if that will change if that happened again."