FIA did not look at Verstappen onboard before ruling out investigation

The FIA has revealed that it didn’t check onboard footage of Max Verstappen’s Turn 4 incident with Lewis Hamilton in Formula 1’s Brazilian Grand Prix before ruling out an investigation.

Verstappen was defending from Hamilton on lap 48 of the Interlagos race, when his Mercedes rival managed to pull ahead of him on the run down to Turn 4.

The Red Bull driver braked late on the inside and subsequently ran wide off the track, forcing Hamilton to take evasive action to avoid contact.

But it has now emerged that the decision was taken without Masi nor anyone at race control looking at onboard footage of Verstappen’s car – which would offer a better perspective of the Dutchman’s intentions.

Asked by Autosport if the FIA had access to the pictures when making the call during the race, Masi confirmed that it did not.

"No, it was only the cameras that are broadcast, as I've said before, which is basically what we have access to throughout,” he said. 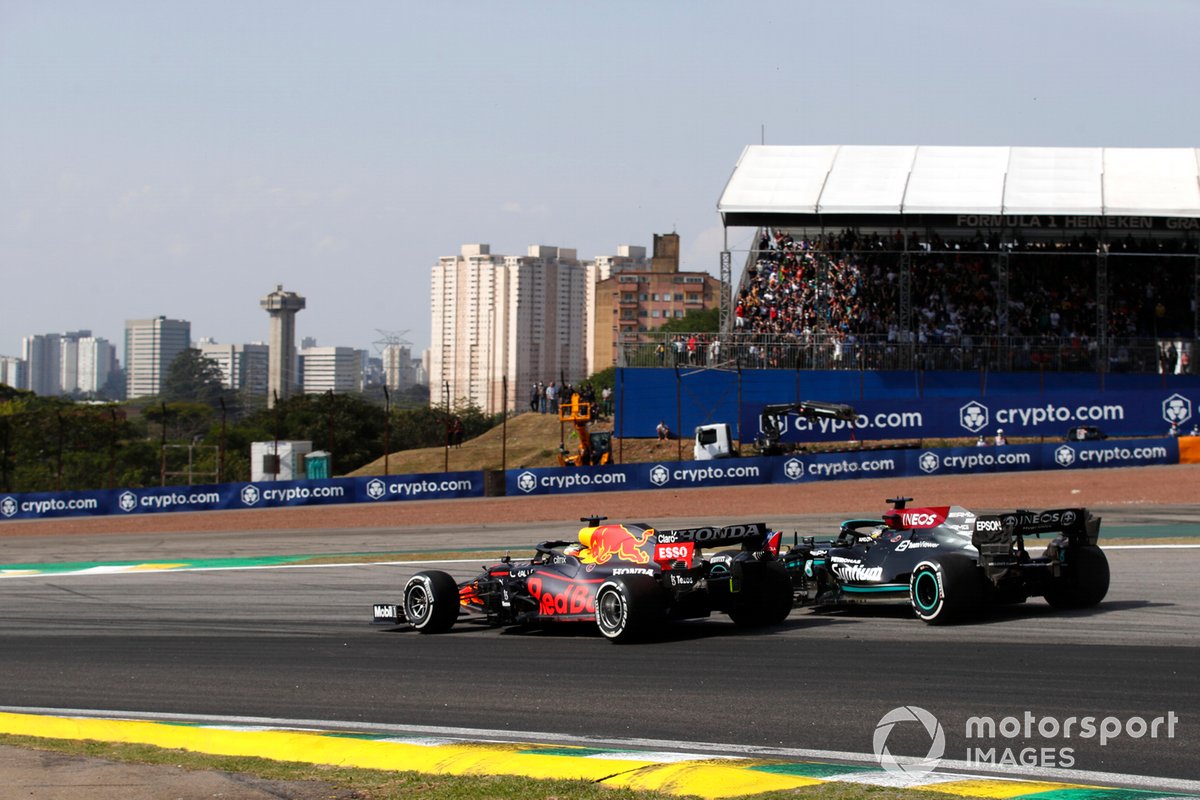 Masi said that the footage, plus that from both cars' 360-degree cameras, will only be looked at after the weekend.

“The forward facing, the 360, there's all of the camera angles that we don't get live that will be downloaded and we'll have a look at them post-race,” he said. "It hasn't been obtained yet. It's been requested."

Masi conceded that the forward facing footage could be a smoking gun, if, for example, it shows Verstappen steering towards Hamilton.

"Could be, absolutely. Possibly. But no, we didn't have access to it. And obviously, it's being downloaded. And once the commercial rights holder supplies it, we'll have a look."

While Mercedes felt that Verstappen’s actions were worthy of a penalty for forcing Hamilton off the track, Masi disagreed. He said that, instead, F1’s “let them race” principles were applied.

“And let's not forget, we have the overall let them race principles, and looking at it all, with all of the angles that we had available, that philosophy was adopted."

Asked why let them race applied in this case he said: "I think if you look proximity of the cars, getting into the apex, where it is, nature of the corner. The fact that both cars went off, neither car lost position or anything like that, that was probably the general view of it." 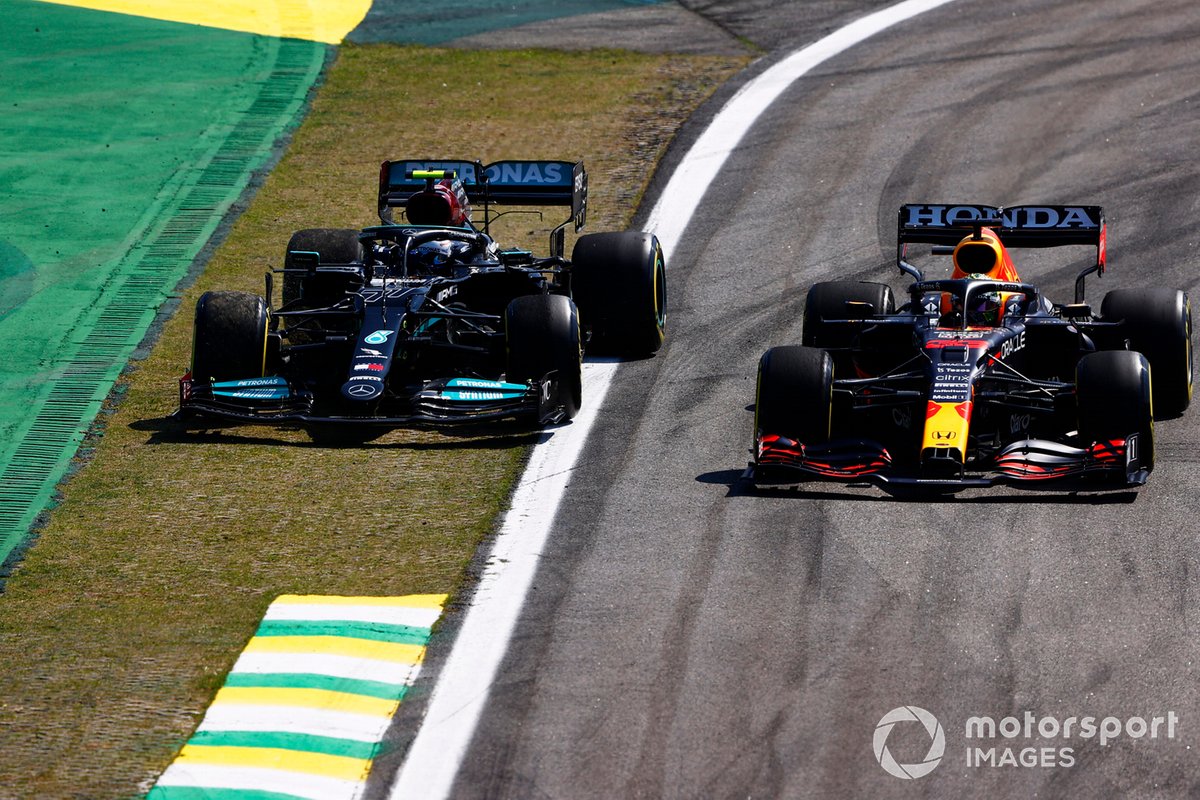 When it was suggested that Hamilton would have made the corner had he not been edged wide by Verstappen Masi added: "If you sort of keep going a little bit further, they're give or take about side on side. So I think for the benefit of everyone, it was let them race, so let them race."

However Masi did consider giving the black and white warning flag to Verstappen for that incident.

"I did, it certainly came into my mind, and then I sort of looked at it a few more times, and it wasn't far off a black and white flag, to be brutally honest, for Max."

Although Verstappen didn’t receive a black and white flag for the Turn 4 incident, he did later receive one for weaving when trying to break Hamilton’s tow.

“It's absolutely clear cut,” said Masi. “That's something we've discussed last year at the drivers' request, I might add, the weaving in the straight. We said we will crack down on it. And that was very simple.”