Max Verstappen believes it would be wrong for the FIA to change the rules mid-season to curb porpoising as it is "very simple" for Formula 1 teams to solve.

Ahead of this weekend's Canadian Grand Prix, the FIA issued a technical directive stating that it would look to curb the porpoising phenomenon that has hit a number of teams under the new 2022 regulations.

This will result in a data-gathering exercise taking place in Montreal to gauge how much the cars are moving up and down before potentially setting limits over the permitted movement that may force some teams to increase the rideheights of their cars, sacrificing performance.

The move came after drivers raised safety concerns in Baku as they struggled with bouncing at high-speed on the bumpy street track, causing many of them physical pain.

But not all teams have struggled with porpoising on their cars this year. While Mercedes has been one of the worst-hit teams, Red Bull has managed to combat the issue well.

Team principal Christian Horner said in Baku that he thought it would be unfair for the FIA to change the rules mid-season and potentially impact teams that were not hamstrung by the problem.

Speaking about the FIA's technical directive, Verstappen said he was not comfortable with mid-season rule changes.

"Regardless if it's going to help us or work against us, always these rule changes in the middle of the year, I don't think is correct," Verstappen said.

"Of course I understand the safety part of it, but I think if you talk to every engineer in the paddock, if you raise your car, you will have less issues anyway.

"Naturally I think ourselves, but also the team, you're going to try to find the limit of what you can cope with, your body itself, for performance.

"But I don't think it's correct now they have to intervene and start applying these kind of rules, that if you can't deal with the porpoising that you have to go up on rideheight, because it is very simple: just go up on rideheight and you won't have those issues.

"I think it will be hard to police in a way, but we'll see." 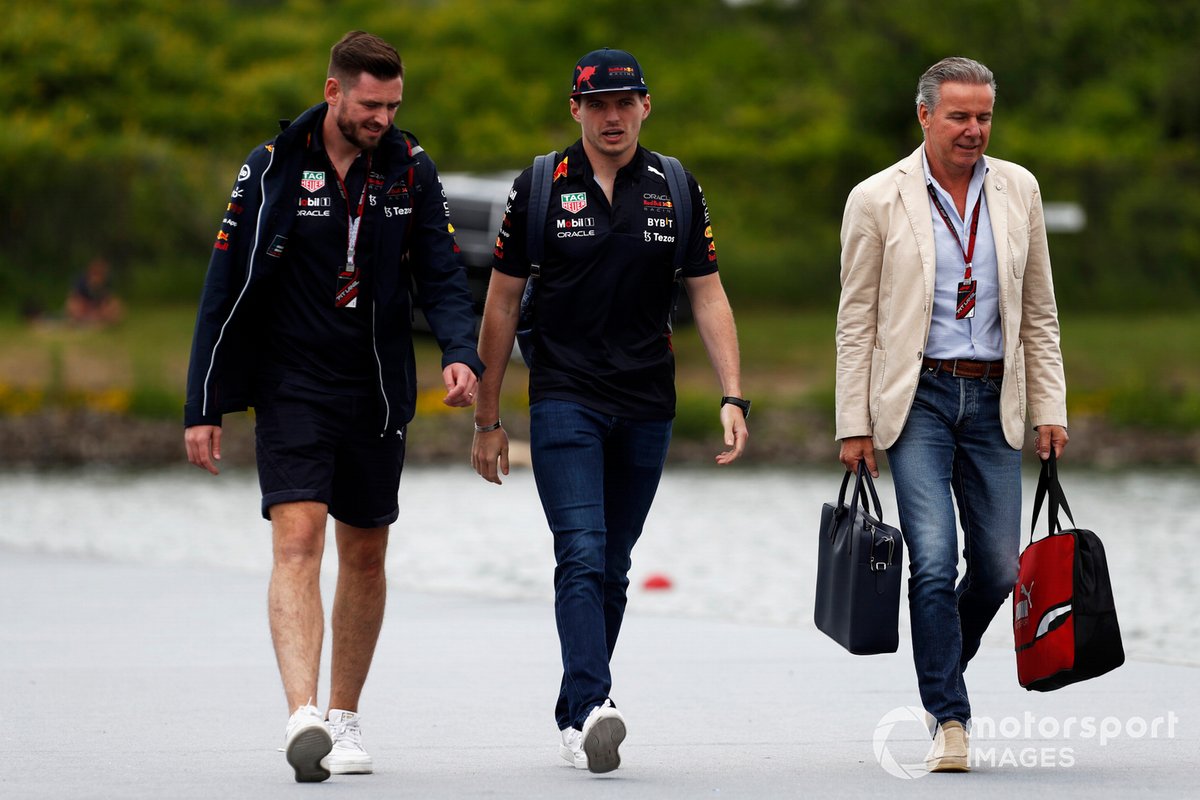 The majority of drivers have welcomed the FIA's decision to take action after reporting an increasing number of physical issues.

Mercedes driver Lewis Hamilton revealed on Friday in Canada that he has been struggling with more headaches this season, while AlphaTauri's Pierre Gasly said the FIA needed to stop porpoising to prevent them "ending up with a cane at 30".

But Verstappen compared F1 to a number of sports where the physical toll of competing adds up throughout a career, and felt it was important not to exaggerate the potential impact of porpoising.

"There are a lot of sports out there where I think you damage your body in general," Verstappen said.

"You can always judge if that is the safest thing to do, no, but we are willing to take risks, that is our sport and that is what I love to do.

"For sure, the porpoising we have at the moment is not nice and I don't think it's correct. But some teams are able to handle these things a lot better than others, so it is possible to get rid of it.

"I don't think we have to overdramatise what is happening at the moment. We have a lot of smart people in the sport who can get rid of these things."