Max Verstappen scoffed at Mercedes’ scepticism over its performance through Formula 1 pre-season testing and ability to fight for wins, saying it is “always like this”.

Verstappen closed out pre-season testing with the fastest time for Red Bull on Saturday in Bahrain, finishing almost seven-tenths of a second clear of the field.

George Russell ended the day one second off Verstappen’s fastest time amid concerns from Mercedes it is not in the mix at the very front of the pack. Russell said Mercedes was “a step behind our rivals” as “the performance isn’t there”.

Verstappen’s 2021 title rival, Lewis Hamilton, claimed on Saturday that Mercedes was currently out of the fight, saying: “At the moment, I don't think we'll be competing for wins.”

Mercedes has just one week to turn things around before the season-opening Bahrain Grand Prix, but its scepticism has been talked down by a number of drivers, including Ferrari’s Carlos Sainz Jr, who said the team’s comments were “typical”.

Verstappen also had his doubts that Mercedes was truly on the back foot, agreeing with Sainz that it was “always like this”.

"If someone is doing well or a team that everyone expects to do well, then it’s: 'Oh no, we're definitely not the favourite’,” Verstappen said in Bahrain on Saturday.

“And then a week later, when things do go well, all of a sudden it's: 'Oh no, but we turned it around completely within a week. Not normal, unbelievable work. Thanks to all people in the factory!’”

Verstappen pointed out that Mercedes was also worried about its performance after testing in Bahrain last year: “And they were still very strong during the first race weekend.” 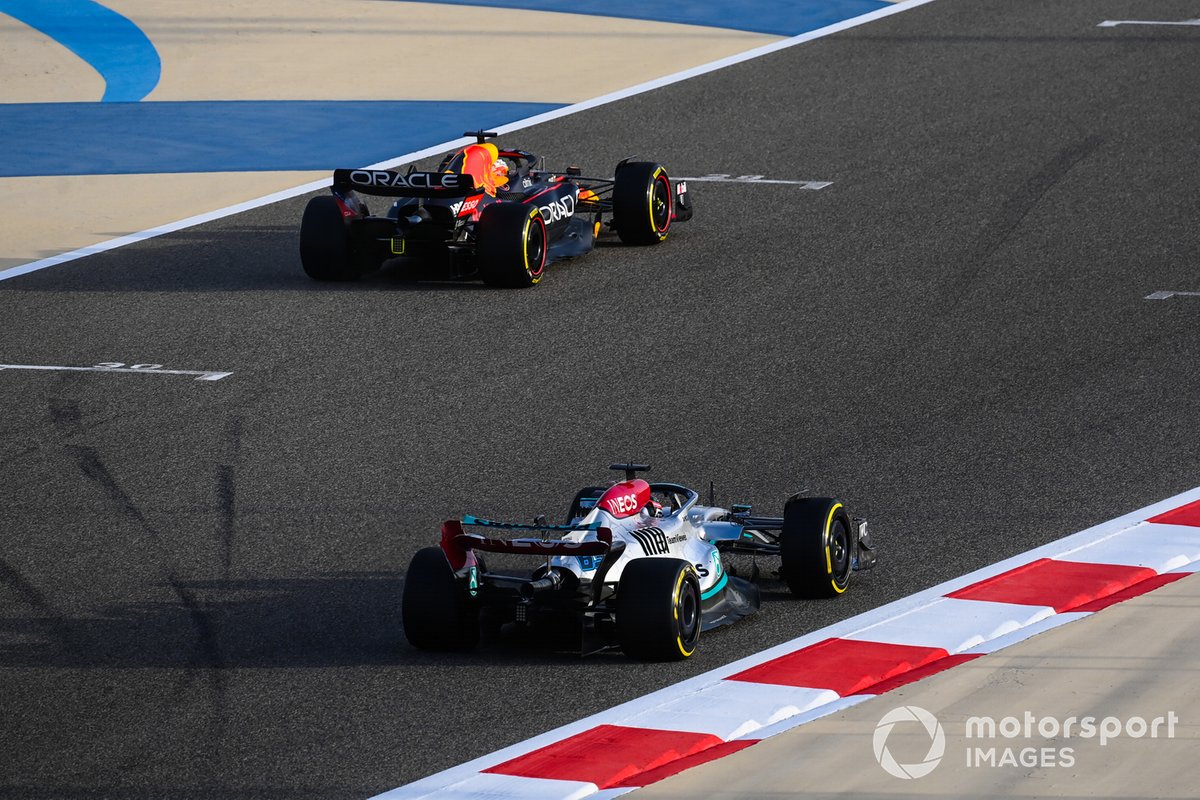 Asked by Autosport for his thoughts on who would be the biggest threats, Verstappen noted that Ferrari had been “consistently fast”.

“That shows that they clearly have a stable car at the moment,” Verstappen said.

“It just looks good for them, they have had very few problems as well. We will see next week who is fastest, but so far they have had a very good test.

“The last two years weren't great for them, so you automatically start looking at this season a bit earlier than some of the other teams. It's more than normal that they started earlier than us on the 2022 car and that's OK as well.

“In the end, with these new cars, the development rate during the season is the most important thing.”