Verstappen: Red Bull must ensure car is not only dominant in Austria

Max Verstappen says Red Bull must work to ensure its car is not dominant at just one track as he looks to extend his Formula 1 championship lead at Silverstone.

Verstappen pulled 32 points clear of Mercedes rival Lewis Hamilton at the top of the drivers’ standings after scoring back-to-back wins at the Red Bull Ring in the past two weekends.

Verstappen took pole for both races and led all 142 laps completed over the two events, as well as recording the fastest lap in the Austrian Grand Prix to mark his first career grand slam.

The dominant display from Red Bull left Hamilton calling on his Mercedes team to provide an update for his W12 car in a bid to turn the tide after failing to win any of the last five races.

Verstappen said that while he was naturally “enjoying” his current wave of success after taking three consecutive victories, Red Bull had to keep working to make sure its car was capable of repeating his Austria displays at the other tracks coming up.

“I’m also focused on the rest of the season,” Verstappen said.

“It is still so long, and there are still a lot of points you need to score. We need to make sure that every single weekend we are back up there and we basically use the whole potential of the car.

“We had a good car in Austria especially, I think it was just very dominant. But we have to make sure that in Silverstone we are there again. 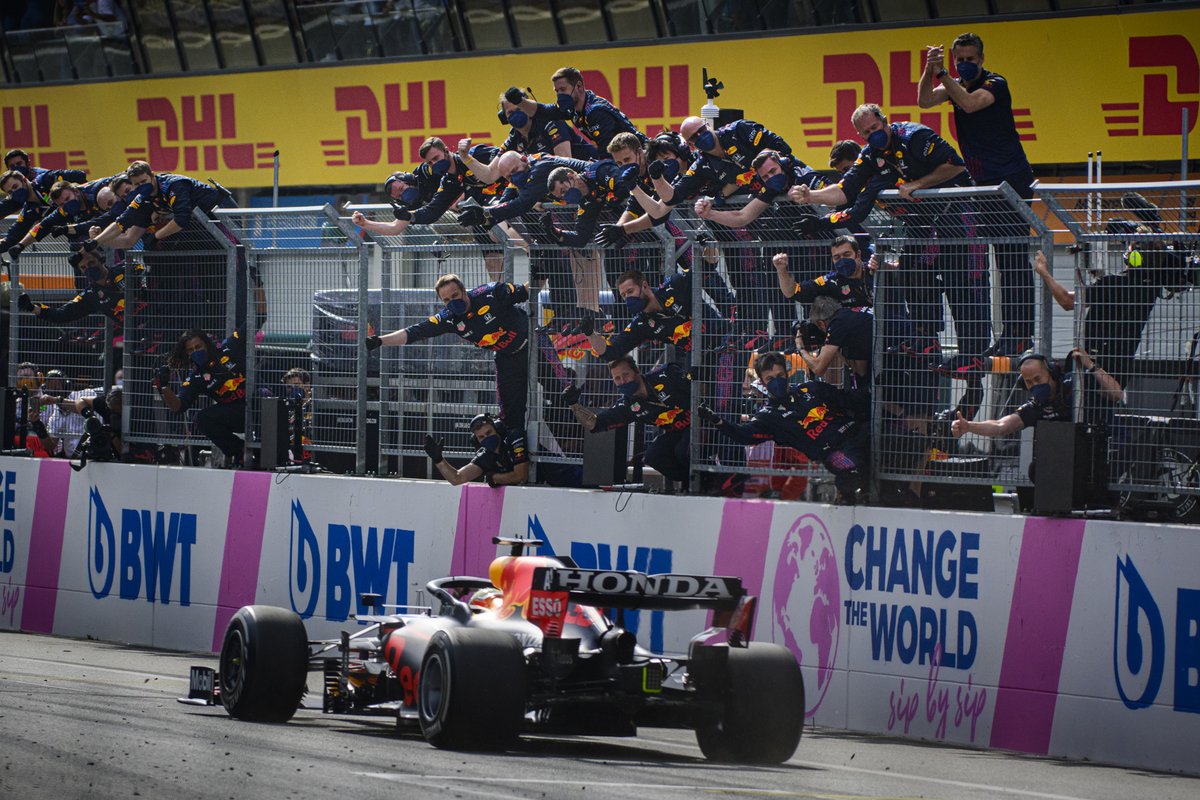 “That’s what we will look into now, again to make sure we are very competitive there.”

Silverstone will host the British Grand Prix next weekend, and will see Mercedes bring its final update of the season for the W12 car, as well as marking the debut of F1’s sprint race weekend format.

The track has traditionally been a stronghold for Mercedes, which has won seven of the last nine races to be held there. Verstappen is the most winner at the track, taking victory at last year’s 70th Anniversary Grand Prix.

Red Bull F1 boss Christian Horner said it was a “shame we don’t have more races” in Austria, and that Silverstone would mark a very different challenge for his team.

“Now we head to a circuit that has been really very much a Mercedes stronghold for the last seven years,” Horner said.

“It's a different challenge with the sprint race introduction, a different format that weekend. Obviously, Mercedes have been enormously strong there over the years, and, Lewis has his home support as well.

“So we expect it to be a big challenge.”