Max Verstappen felt frustrated after believing he was held up by Sebastian Vettel at the end of Formula 1 Portuguese Grand Prix qualifying, leaving him third on the grid.

Red Bull driver Verstappen managed to set the fastest time out of all the first runs in Q3, only for his effort to be deleted after the stewards deemed he exceeded track limits at Turn 4.

It left Verstappen with just a single run at the end of the session to try and claim his second pole of the season, but he fell 0.398 seconds short of the fastest time, leaving him third on the grid.

Immediately after qualifying, Verstappen was heard swearing over team radio about traffic from Sebastian Vettel on his final lap, saying: "Why do the guys not move? I'm on a fast lap!"

Verstappen's deleted time of 1m18.209s would have been good enough for P1 had it counted, eclipsing Valtteri Bottas's pole time of 1m18.349s.

After having the time scrubbed, Verstappen was confident he could replicate it, only to lose time due to Vettel in the final sector.

"I thought I can do that lap again, so I go out, I was within a tenth of the lap," Verstappen explained.

"Then in the last sector, I lost all my lap time with an Aston Martin in front, and then taking my tow on the line as well.

Asked how frustrated he felt immediately after qualifying, Verstappen said the weekend had been "a bit hit and miss anyway" as he struggled to find balance on the low grip surface at Portimao.

"I didn't enjoy one single lap this weekend, just because of the state of the track," Verstappen said. 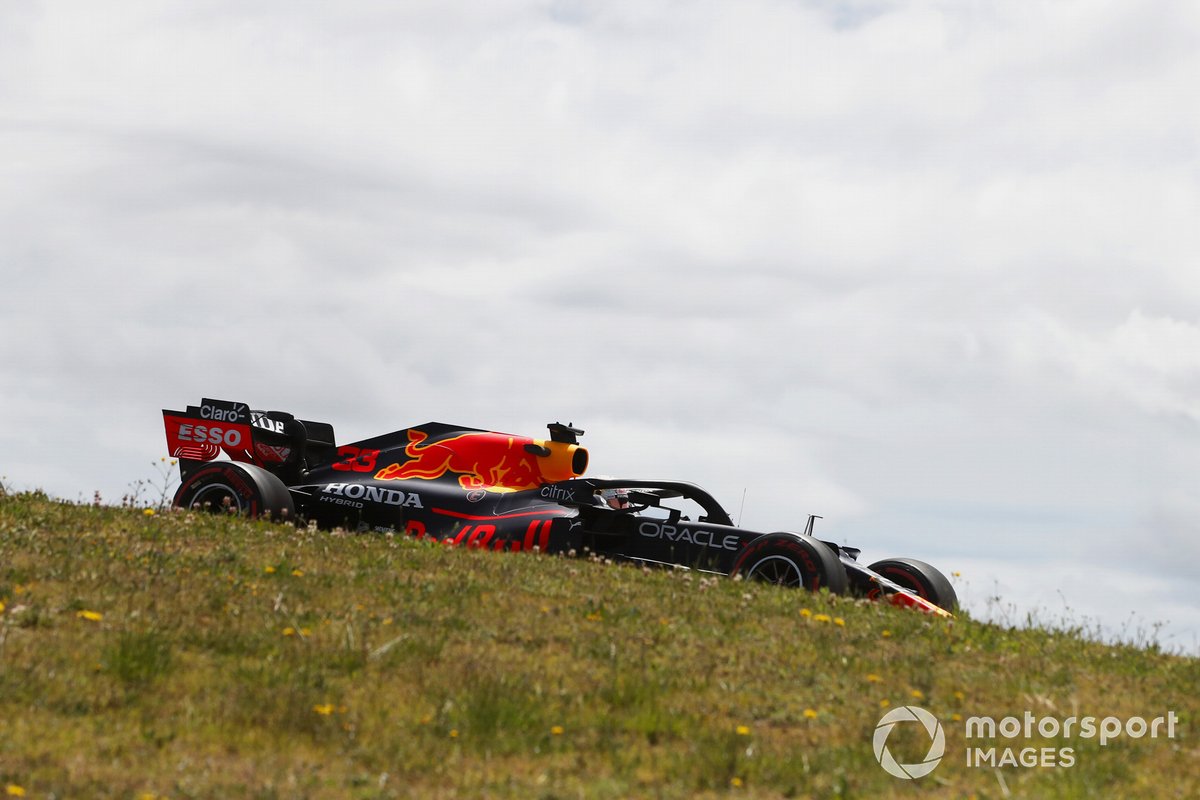 "The layout is amazing, but the grip we are experiencing, I don't think it's nice. I know it's the same for everyone, but for me personally, it's not enjoyable to drive.

"I started off in qualifying really slow, I had no balance in the car. We slowly got to a point where I was happier, but I was basically compromising one thing, and then losing a bit of performance in the other thing. It was just not nice.

"Then I had my little moment in Turn 4 in the first run in Q3. At the end, showed that was the fastest lap.

"It just showed that it was a really difficult session to get any kind of grip in it, because that corner is flat and suddenly out of the blue, the car just snapped on me and I ran a bit wide."

Verstappen heads into Sunday's race looking to take the lead of the F1 drivers' championship for the first time in his career, currently sitting one point behind Mercedes' Lewis Hamilton, who starts second.

Verstappen said Red Bull's race pace "seemed alright" through practice, adding: "We'll see tomorrow what we can do. It's not so easy to follow here, but if we have good pace, then for sure we'll put the pressure on."