Lewis Hamilton was left ruing a “messy” qualifying session for the Portuguese Grand Prix on Saturday after missing out on his 100th Formula 1 pole position.

Hamilton entered qualifying at Portimao looking to become the first driver in F1 history to hit triple-figures for pole positions.

But after setting the fastest time in Q2, Hamilton was unable to match his lap in the final stage of qualifying as he ended Q3 second fastest, 0.007 seconds off team-mate Valtteri Bottas on pole.

Hamilton explained after the session that he found qualifying difficult due to the windy conditions and lack of grip on the circuit, making it hard to consistently put in good laps.

“It was a difficult session,” Hamilton said. “I think for everyone it’s not that easy here, particularly as it’s windy and quite slippery on this surface.

“Q3 was pretty poor. Valtteri did a great job, given the conditions that we’re in.”

Hamilton’s Q2 time of 1m17.968s on the medium compound tyre was almost four-tenths of a second faster than Bottas’s pole time, which was set on softs.

Mercedes sent both Hamilton and Bottas back out on mediums for their final runs in Q3, but neither driver could improve on their initial benchmarks.

“I don’t think it was probably the right decision at the end,” Hamilton said.

“It’s tricky out there, you see us all having to do multiple laps. The tyres are too hard here, so they don’t work very well with the surface so we have to do extra laps to get temperature in.

“At the end, I just didn’t have very great grip, so couldn’t do the greatest job.” 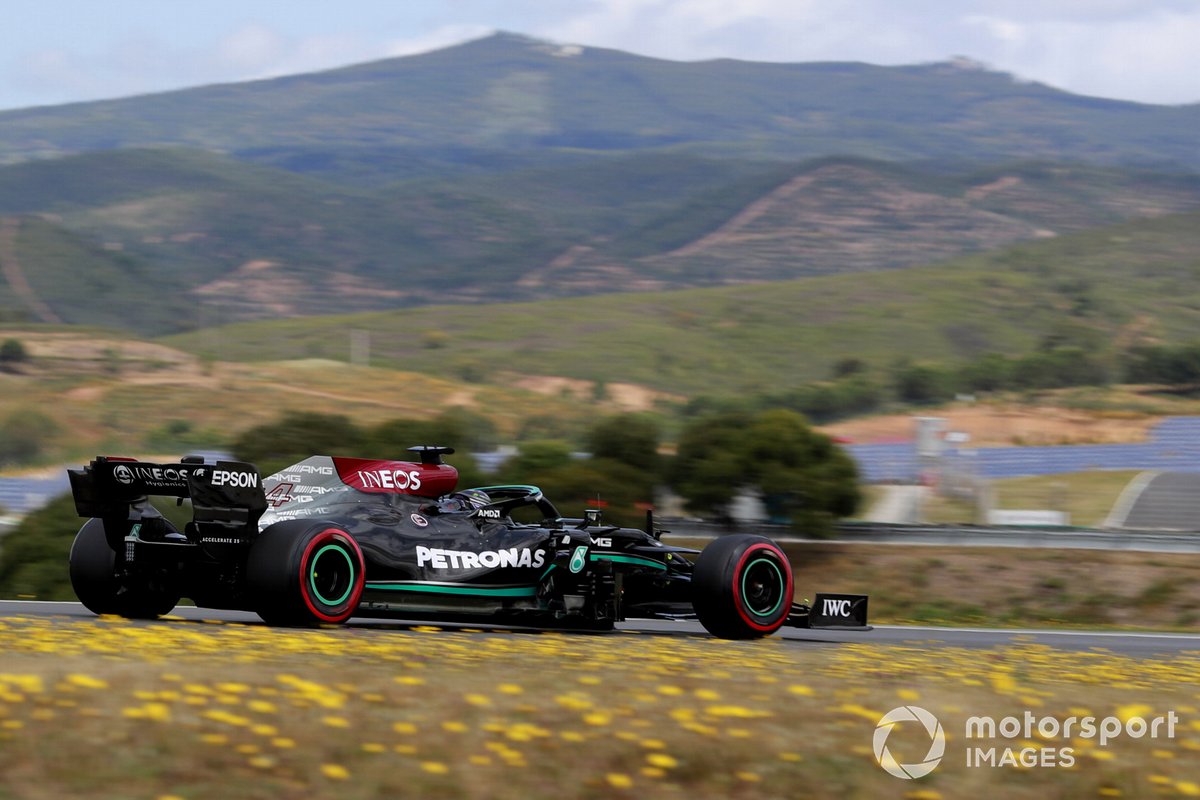 Hamilton anticipated that tyres would be an issue following practice on Friday, after which he questioned why Pirelli had brought such a hard selection to Portimao given the low-grip asphalt.

“I don’t think they’re any more difficult than the previous year’s tyre to be honest,” Hamilton said after qualifying.

“I think last year here, we were faced with the same issue of a very peaky grip and very narrow grip window. I think that’s really the case today, it felt quite good in FP3 today, and as I said on the Q2 lap, it felt solid, and I thought that we were in the right window.

“It’s temperatures, there are gusts of winds, so you can be unlucky and get tail winds that perhaps you wouldn’t get on particular corners.

“It’s a combination of things, and generally not the tidiest and not great laps from myself really. I only had that one in Q2.”