In a frantic final hour of the afternoon session Verstappen used Pirelli's soft C4 compound to set a time of 1m28.960s, one tenth quicker than AlphaTauri’s rookie driver Yuki Tsunoda.

After a tame morning session, in which most teams focused on long runs, times gradually started tumbling as day turned into night at the Bahrain International Circuit.

Past the halfway point Verstappen used unmarked medium tyres to set a 1m29.942s, the fastest time of the week at that point, as the first driver to dip below the 1m30s mark.

Verstappen momentarily made it a 1-2 for Red Bull after team-mate Sergio Perez topped the morning session, but lap times kept falling as several drivers took on Pirelli's two softest compounds in the final stages of the four-hour session.

With just under an hour to go Tsunoda came to the fore with a 1m29.777s lap, taking two tenths out of Verstappen's benchmark. 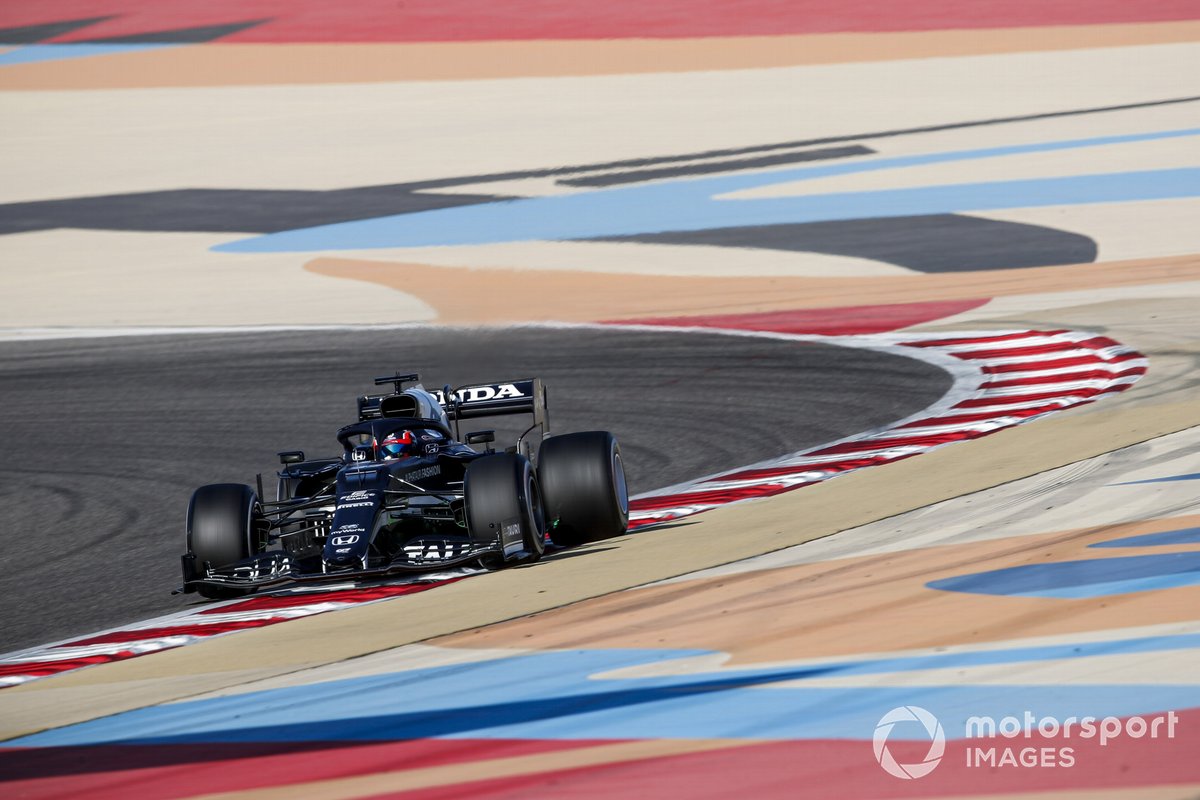 Tsunoda's time was immediately beaten by Alfa Romeo's Kimi Raikkonen on the softest C5 compound, and then again by Verstappen on mediums.

Tsunoda approached Verstappen's time with a 1m29.053s, less than one tenth behind the Red Bull, to cap off an impressive showing by the Faenza squad.

Late on, Ferrari's Carlos Sainz Jr grabbed third with a 1m29.611s lap on softs followed by Raikkonen, who led the distance charts with a mammoth 166 laps.

F1 world champion Hamilton was fifth after a low-key afternoon.

Hamilton gradually chipped away at his personal benchmark while gathering data for Mercedes, but also suffered a spin coming out of the final corner. 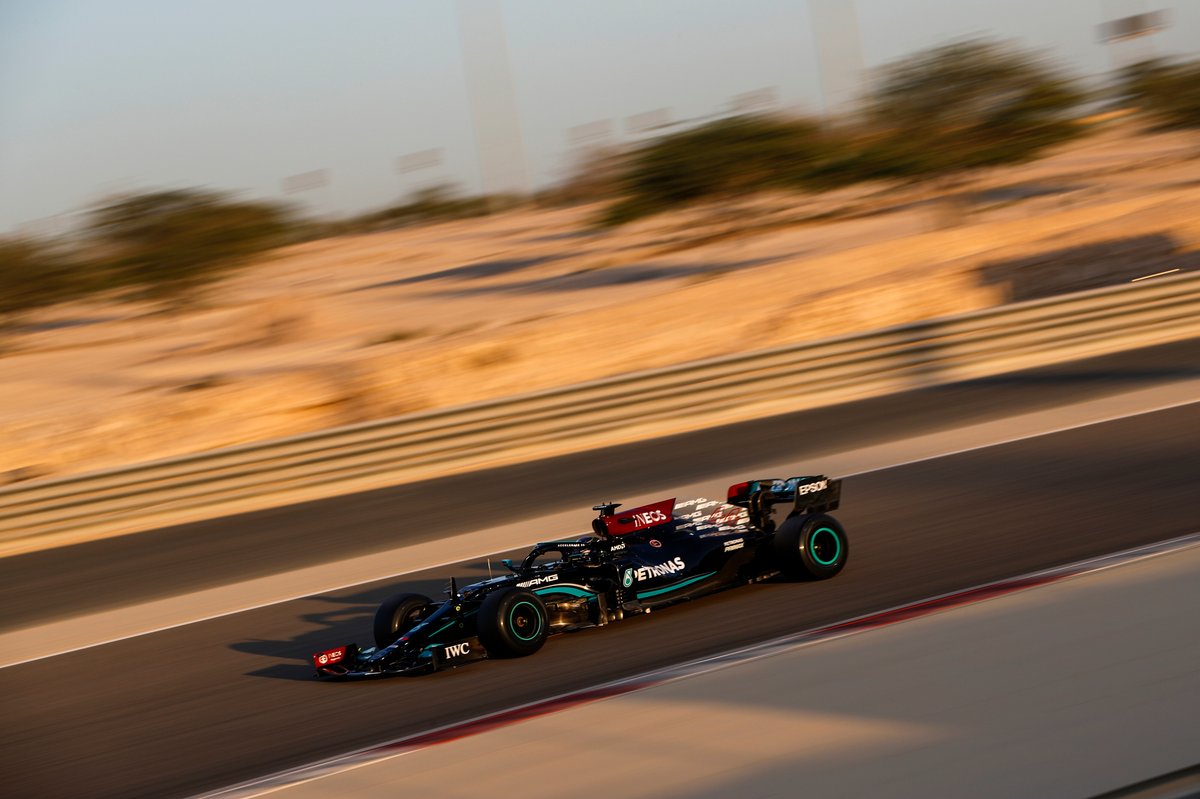 Williams driver George Russell, who made his first appearance in the 2021 car on Sunday, amassed 158 laps on his way to sixth place, followed by McLaren's Daniel Ricciardo.

Aston Martin's Sebastian Vettel and Lance Stroll ended up on the bottom of the timetable, having opted not to focus on competitive lap times.

After completing 56 laps in the afternoon, Vettel's stint ended early due to a turbo issue for the Mercedes customer team.

The final session of the weekend was largely free of incidents, apart from last-minute contact between Raikkonen and Sainz at Turn 10.

Due to an apparent misunderstanding the pair made contact at the apex of the tight left-hander, but both drivers continued without suffering serious car damage.

In two weeks the F1 paddock reconvenes in Sakhir for the season-opening Bahrain Grand Prix on March 28.