Max Verstappen has explained the brake issue that briefly emerged during his dominant Formula 1 victory in Sunday's Styrian Grand Prix.

Verstappen led every lap at the Red Bull Ring to score his fourth win of the year and record back-to-back victories for the first time in his F1 career.

Verstappen crossed the line 35 seconds clear of title rival Lewis Hamilton in second place, having led by more than 17 seconds prior to Hamilton's late stop to pick up the fastest lap bonus point.

The only moments of concern in Verstappen's race came in the second stint when he was twice heard on his team radio reporting concerns about his brake pedal and messages on his dashboard about the brake-by-wire system.

Verstappen's race engineer told him it was related to running over the kerbs at Turns 9 and 10, but Verstappen said he was not taking any kerb there.

Asked about the issue after the race, Verstappen said it was something for the team to look into during its post-race analysis.

"It quickly just fell a bit to the floor between Turn 9 and Turn 10 while braking, and then it would come back after Turn 10," Verstappen said.

"So we'll look into that. But it happened two times I think."

Speaking on Sky Sports F1, Red Bull team principal Christian Horner explained that the feeling Verstappen had with the brake was due to the kerbs at the exits of the final two corners.

"I think we could see, it was what you call a bit of knock-off, where you rattle over the kerbs, the feeling the pedal goes long, and it must be a horrible feeling," Horner said.

"But I think once he stayed off the kerb, that then managed [it], the system was much happier with that. 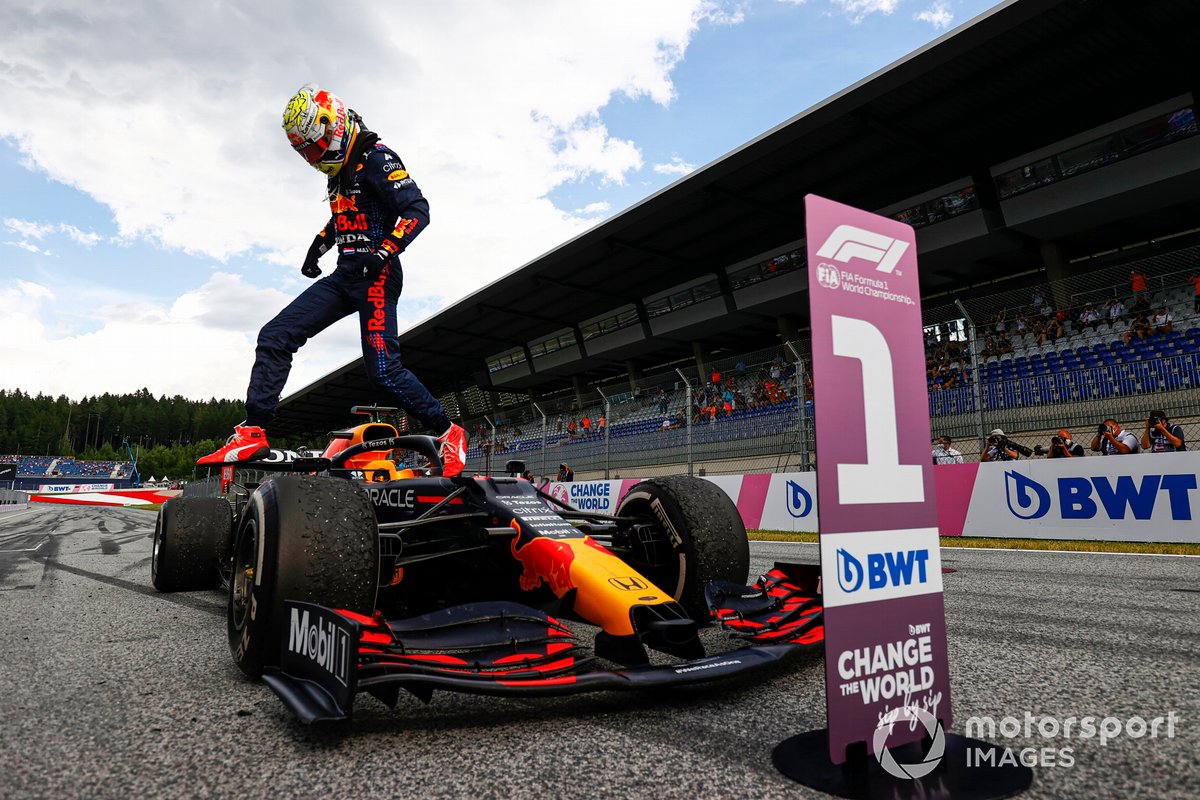 Verstappen was able to run one lap longer than Hamilton in the opening stint, and appeared to manage his tyres better after switching to the hard compound, pulling further clear towards the end of the race.

It was a sign that Red Bull had remedied its tyre management weakness that cost it against Mercedes in Spain last month, with Verstappen saying the pace advantage allowed him to look after his tyres more.

"It's all about making sure you have the tyres to the end," Verstappen said.

"I do think in Barcelona we just didn't have, a bit like I think it was today, they couldn't keep up with me in terms of pace, and if you had that little bit extra of pace, you can manage your lap times a bit more.

"That just helps these tyres a lot to the end, because they're super sensitive in terms of sliding, locking, whatever, it overheats super quick. So it's all about management at the end."