Max Verstappen has brushed off the idea of Lewis Hamilton joining him at Red Bull, questioning why the world champion would want to switch Formula 1 teams

Former F1 team boss Eddie Jordan suggested earlier this week that Hamilton should turn his back on a fresh contract at Mercedes and instead opt to go head-to-head with Verstappen at Red Bull.

But Jordan's idea did not gain much enthusiasm from Verstappen when it was brought up ahead of the Russian Grand Prix.

Asked by Autosport what he thought about the idea, Verstappen said: "The only thing I'm interested in is winning the championship."

While Hamilton is on the verge of a record-equalling 91st grand prix victory this weekend, Verstappen is heading in to the Russia event hoping to see the chequered flag after back-to-back retirements at Monza and Mugello. 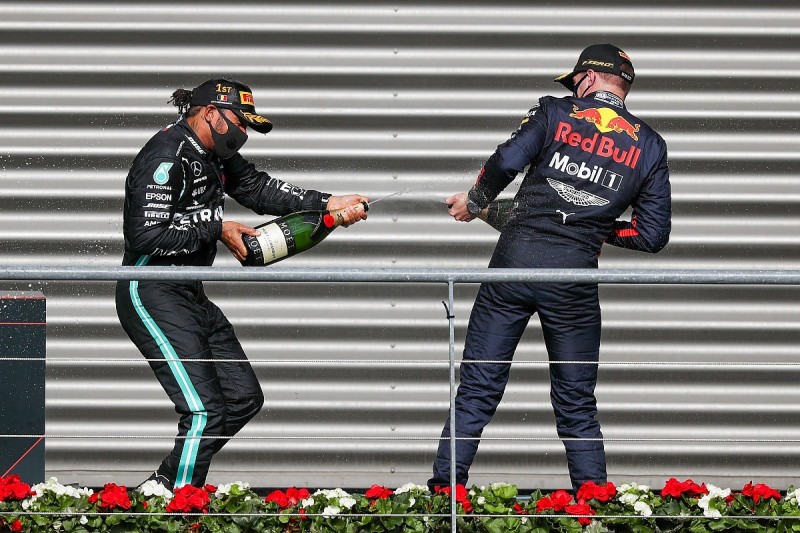 Red Bull engine supplier Honda says a combination of factors relating to engine electrics and software triggered his failure last time out, with countermeasures having been put in place for Sochi.

"I'm just very motivated to get started, again, but what was more important at the time was to understand the problems so we can solve them," added Verstappen. "At the moment, we had three retirements in nine races so it's not very lovely. We just try to work on that and try to make sure it's not happening again."

Asked if he felt the team did understand the issues, he said: "Yeah, I mean I think they explained a lot to me, so hopefully it will not happen again. But at the moment, we can speculate about it. It's about time that we show it on track."

With the long straights at Sochi not expected to play to Red Bull's strengths, Verstappen said he was bracing himself for a tough weekend.

"It's never been an amazing weekend for us in terms of competitiveness, I think," he said. "So I don't expect any miracles.

"Of course there are a lot of long straights and a lot of 90-degree corners, which are very short corners, so you can't make a massive difference.

"So probably the guys behind, they will be a lot closer compared to Mugello. We'll see throughout the weekend how competitive we are going to be, but of course the aim is going to be to try and be on the podium."