Max Verstappen picked up his second Formula 1 world drivers’ championship trophy on Friday night as the FIA honoured its champions at its annual prize giving in Bologna.

Ahead of collecting the trophy, Verstappen said in the FIA Champions’ press conference there were “very different” emotions for his second title compared to the first one last year.

“Your whole life, you aim for one particular goal and that is to become a world champion, for me, in Formula 1,” said Verstappen.

“The first win is always very emotional, once you achieve it. But this year has been very different.

“I do think we were more competitive this year, and I think the way we were performing as the whole team, we won the drivers’ and the constructors’.

“We had a lot of victories as a team. I would say this one is better and more rewarding. But the first one will always be more emotional.”

Ben Sulayem appeared on stage to present a number of awards throughout the evening, and was joined by F1 CEO and president Stefano Domenicali to present Horner with the constructors’ trophy. 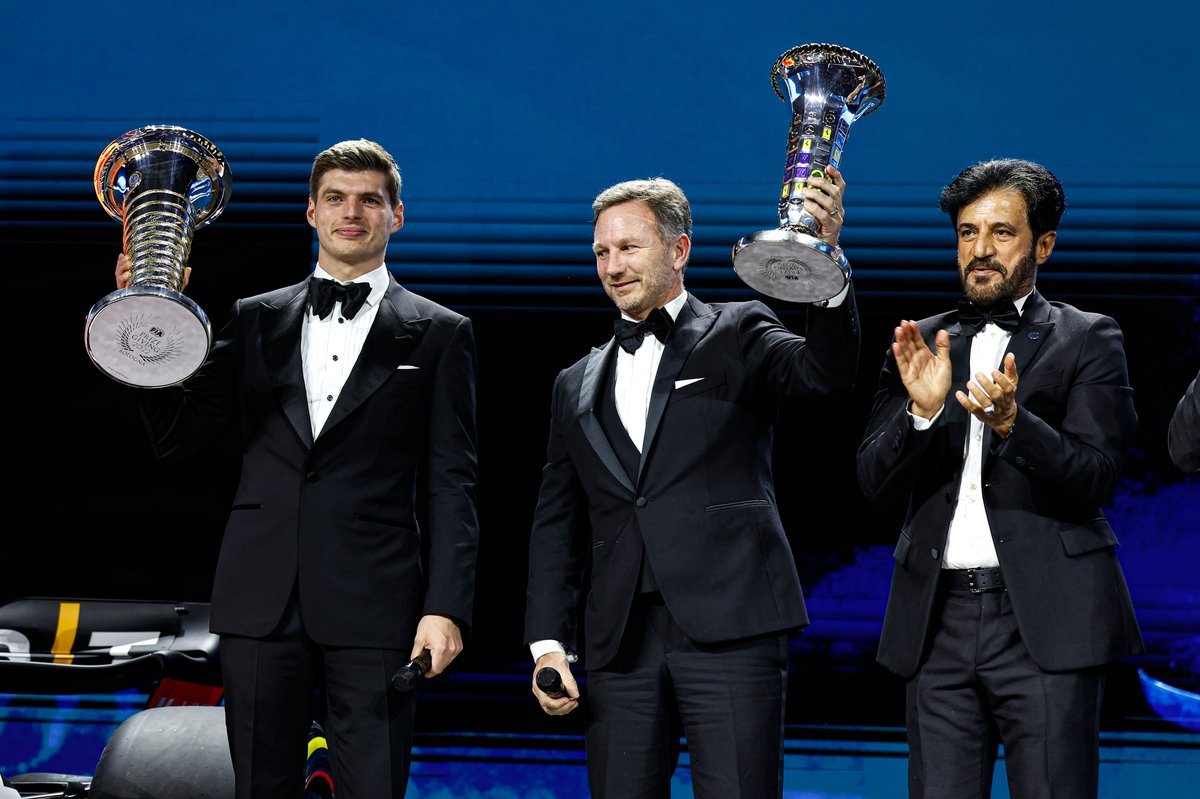 During his acceptance speech, Horner quickly moved to dedicate to Red Bull’s founder, Dietrich Mateschitz, who died at the end of October.

PLUS: How Red Bull's dynamic leader shaped its F1 philosophy

“I know thankfully he saw Max win the championship in Japan, even though there was a bit of confusion over the points there,” said Horner.

“But thankfully, Max won it early, and he saw it. And then the next weekend, the day after the passed, we managed to win this trophy. It’s a very special one.”

The confusion Horner referred to came at Suzuka, where an unintended consequence of rewriting the rules surrounding shortened races after last year’s Spa debacle meant full points were awarded despite only just over half of the full distance being achieved.

When a post-race penalty was handed to Leclerc, Verstappen was informed in parc ferme that he had clinched the championship. The FIA has already confirmed it plans to review the regulation and look to close the loophole.

Following Horner’s comments, Ben Sulayem said: “Christian, first of all, you deserve the win, if it’s the manufacturer or Max. Secondly, you said about Dietrich. I drove with Red Bull sponsorship in my last championship.

“And one thing you said about Japan, Japan you said was controversial [sic] - no. The FIA was blamed for the points, but it was not the FIA which made the rules, it was the teams who made the rules, and we were implementing them.” 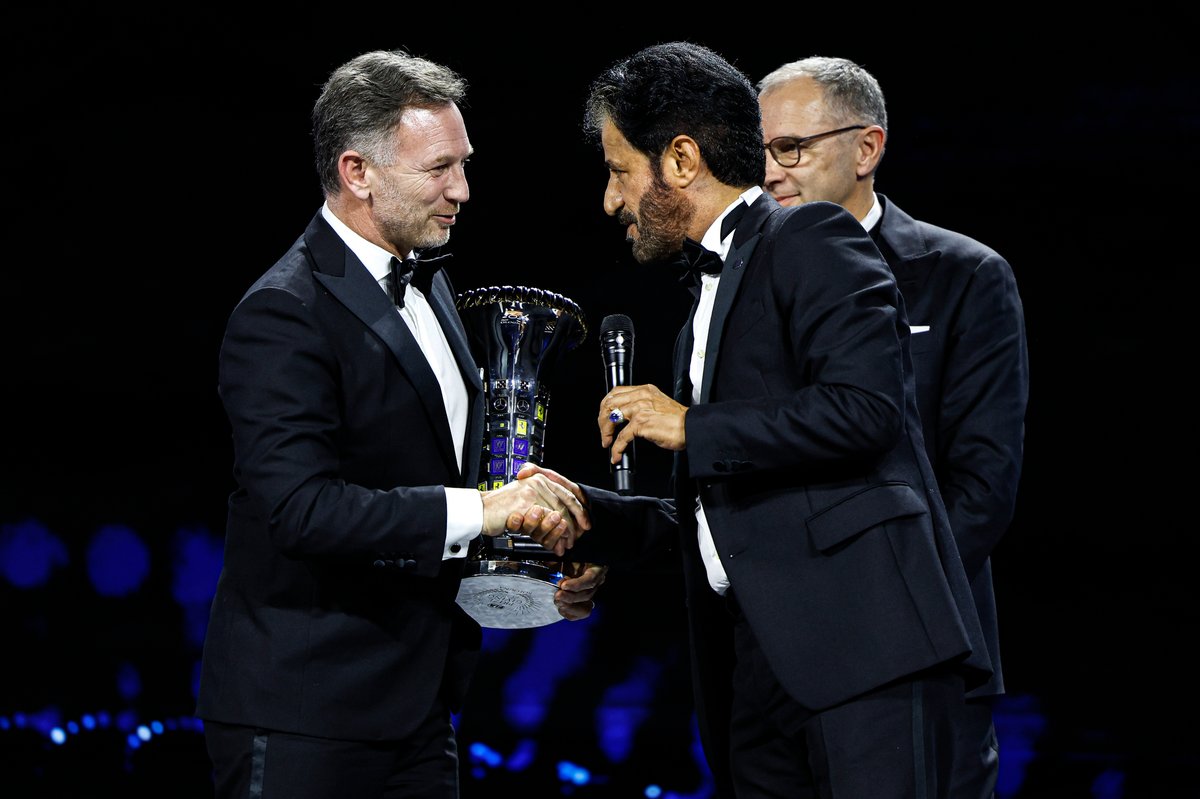 Domenicali interjected, saying: “OK guys, stay focused!” but Ben Sulayem continued: “To me, it’s very, very clear about the FIA, so thank you very much.

“[Horner] is right, they deserve the win, everyone who wins deserves it. These are the rules. So well done, I say it honestly, and for more wins also.”

Other F1 winners on the night included Lewis Hamilton, who won the FIA’s Action of the Year award for his double overtake on Leclerc and Perez in the British Grand Prix at Silverstone, and legendary designer Gordon Murray, who received the inaugural FIA President Innovation Medal for his contributions to race and road car design.

The champions from the FIA’s world championships in Hypercar, GTE-Pro, Formula E, WRC, Rally Raid and WRX were also honoured, with many making a spectacular entrance by driving their cars up onto the stage.