Red Bull's Italian Grand Prix qualifying performance a year ago was a shocker as Daniel Ricciardo and then team-mate Daniil Kvyat finished over two seconds down.

A year on, Ricciardo and Verstappen managed to cut the gap, but they were still 1.2s adrift and will start sixth and seventh respectively on a track the Dutchman underlined was going to be Red Bull's "worst of the season" due to its Renault engine's power deficit.

"There has always been a gap, but I think we had a superb car, especially in Spa," said Verstappen.

"As you could see in Spa we were struggling in the first sector, which is only one corner because Eau Rouge is flat.

"So there we did a really good job with the car, whereas here it's just very difficult because at Spa you could find a compromise between running low downforce and medium downforce.

"But here everybody is running low downforce so you can't take off your rear wing. So you have to find the right compromise in that.

"They have definitely pulled away a bit more, but this is also the worst track for us this season. I expect us to be very competitive again [at the next race] in Singapore." 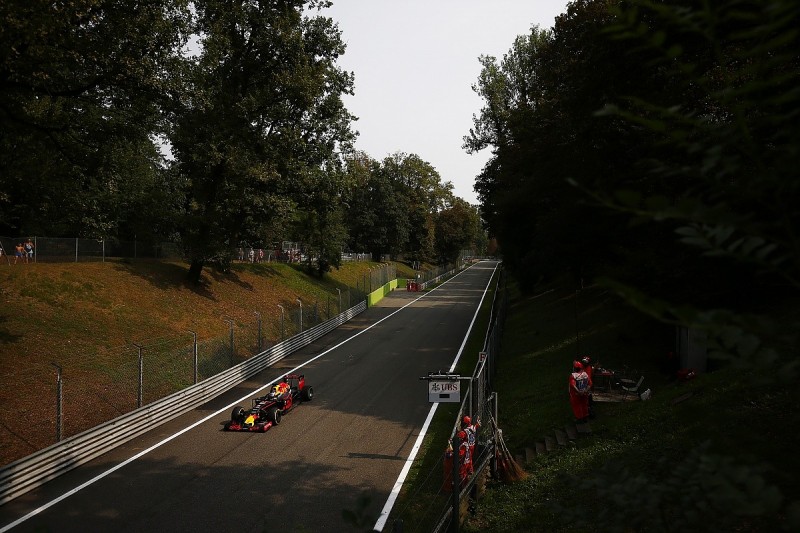 Renault is the only one of F1's engine manufacturers that has not introduced an upgrade since the summer break, with Ferrari spending its last development tokens of the year for Italy.

Ricciardo, who missed out on fifth place by a thousandth of a second to Valtteri Bottas's Mercedes-powered Williams, noted that Mercedes' power advantage was allowing it to run relatively high downforce and still dominate.

"It looks like Mercedes has a pretty decent-sized rear wing as well," said Ricciardo.

"It seems when they want they can turn it up, but then again here last year I remember Mercedes was on another planet.

"So we expected to be a little bit down here, and once we got a bit more drag on the car as well, that's another element that hurts us here.

"Relatively, I still think our straightline speeds aren't too bad. The question is are we using less downforce than everyone who is coming past? A little bit.

"If we can get into the top five here tomorrow we can walk away a bit happy."