Verstappen admits "not how you want to win" Belgian GP

Max Verstappen acknowledged it was "not how you want to win" after an unusual Belgian Grand Prix victory, closing the gap at the top of the Formula 1 drivers' championship.

Verstappen was declared the winner of Sunday's race at Spa after just two laps could be completed behind the safety car due to heavy rain throughout the afternoon.

Officials managed to get the laps completed to ensure that the race could be declared official and a classification could be issued, awarding half points by surpassing the two-lap threshold. It is the shortest race in F1 history to have a result declared.

Verstappen led the field around for the two official laps behind the safety car after taking pole position on Saturday, and took to the podium along with George Russell and Lewis Hamilton in second and third place respectively.

Verstappen was the only driver heard on team radio calling for the race to begin after they completed their initial formation laps behind the safety car at 1525, before growing rain intensity led to a red flag that lasted almost three hours.

"It's a big shame to not do proper laps, but the conditions were very tricky out there," Verstappen said.

"I said at 3:30pm, like, let's go. I think the conditions were decent, but the visibility was very low. So I think if we would have started at three o'clock, we had a better chance.

"But nevertheless, after that it just stayed really wet and kept raining. It's a win, but not how you want to win.

"I think for today, you know, big credit goes to all the fans around the track to stay here, you know the whole day in the rain and the cold, windy conditions, I think they are the bigger winners today." 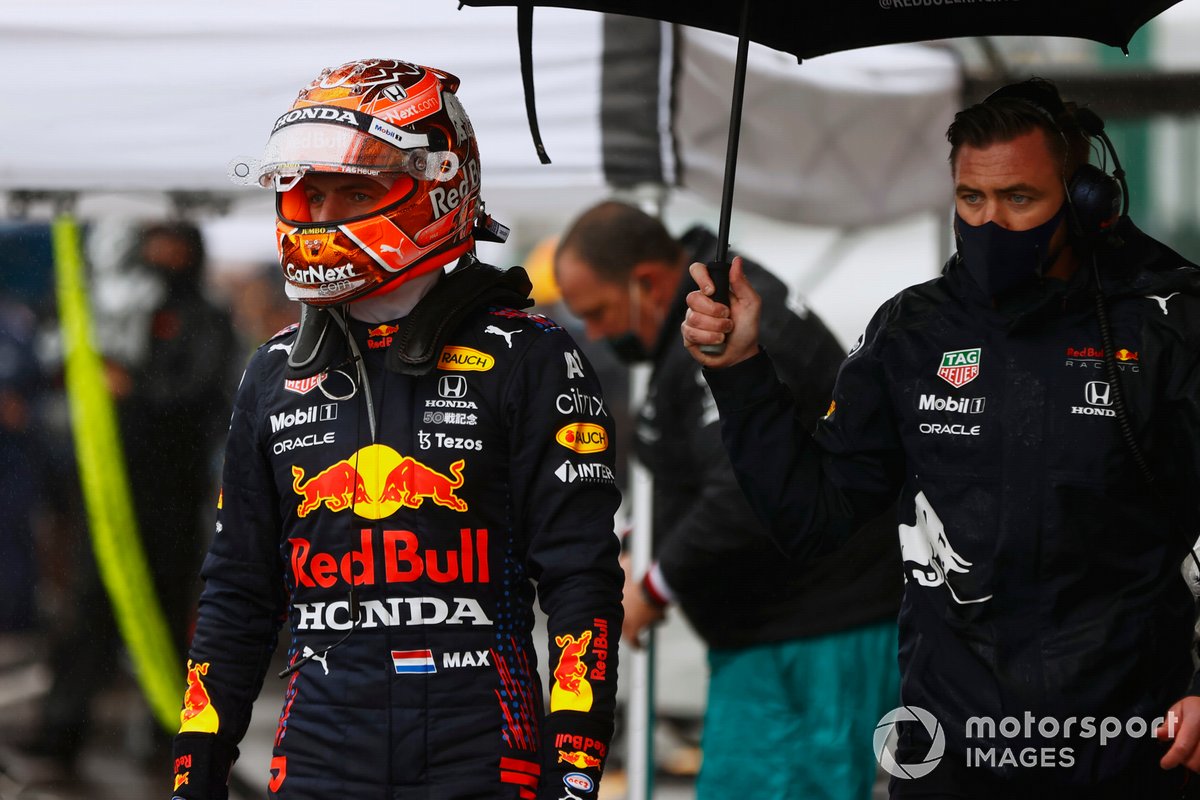 The result marked Verstappen's sixth victory of the 2021 season, and saw him cut F1 title rival Hamilton's lead down to three points at the top of the drivers' standings, picking up 12.5 points for the win.

Verstappen will head to his home grand prix at Zandvoort next week looking to reclaim the lead of the championship.

"We have to keep on pushing, keep on trying, of course, to close it and of course, go ahead," Verstappen said.

"We have a few more races to do that. And I'm confident that we have a good car, we just need to keep on trying to get a bit more performance out of it."