George Russell says how he scored his maiden Formula 1 podium ‘doesn’t matter’, after he was classified second in the weather-hit Belgian Grand Prix.

The Briton had qualified a brilliant second for the race at Spa-Francorchamps and, with only two laps being conducted behind the safety car due to the rain, he kept that spot without any challenge.

Although the best result of his F1 career came without any laps of racing, Russell said that it was still a more than worthy achievement considering what he and Williams achieved earlier in the weekend.

“It doesn't matter,” he said after the race when asked about the way he grabbed second spot. “I mean we don't often get rewarded for great qualifyings and we absolutely did today.

“But first I just want to say, so sorry to all the fans and it was amazing their support to stay out here throughout. We were all in the same boat.

“It was a shame we couldn't get this race underway, but from our side and the team side it is such an amazing result.” 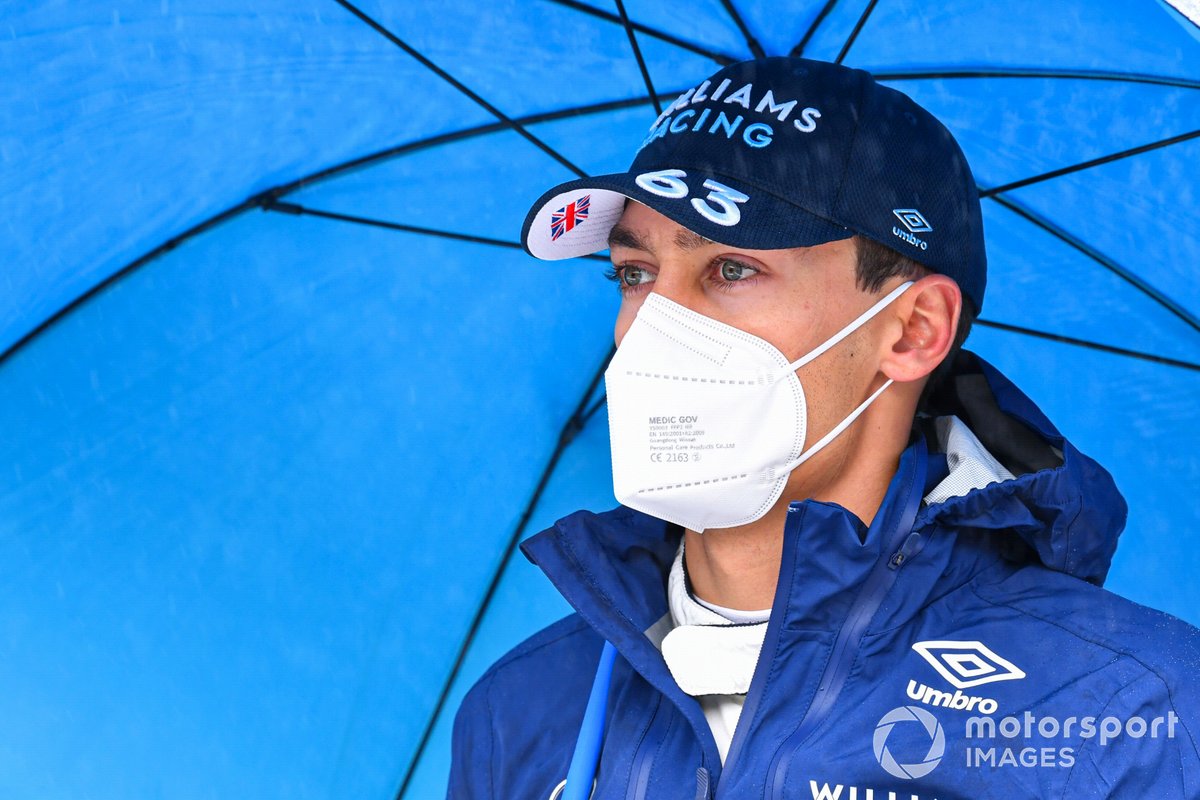 George Russell, Williams, on the grid

Russell has earned a nickname in F1 as ‘Mr. Saturday’ for the way he has delivered a number of sensational qualifying performances for Williams – only to endure disappointment in races.

But he says it felt great to finally be rewarded for his shock performance in wet qualifying on Saturday as he nearly grabbed a maiden pole position.

“The whole team deserve it because there has been so much hard work going into this over the last few years, and there's not really been anything to show for it, or proof for it,” he said.

“We absolutely nailed it yesterday and here we are standing on the podium. I can tell you I didn't expect that this year, that's for sure.”

Although only half points have been awarded, the nine-points Russell earned is the biggest haul of his F1 career, and comes after he finished eighth last time out in Hungary.

With team-mate Nicholas Latifi also adding a point for ninth place, it means Williams has doubled its points tally this race and now has 20 points – well ahead of Alfa Romeo behind it on three.

Verstappen admits "not how you want to win" Belgian GP