After one F1 season as team principal as Renault returned to grand prix racing, Vasseur announced he would leave the squad, with a difference of opinion among senior management a key factor.

Renault has signed Nico Hulkenberg from Force India to partner Jolyon Palmer in 2017, with Vasseur hailing the German as a leader and motivator after completing the deal.

Hulkenberg won the 2008 Formula 3 Euro Series title and '09 GP2 championship with Vasseur's ART Grand Prix team, which added to the complexity of the split.

"That became a major hurdle when I made the decision to leave Renault," Vasseur said of his relationship with Hulkenberg on French TV programme 19h30 Sport.

"I am close to Nico and I put a lot of efforts in getting him drive for Renault.

"I think my decision to leave the team was best because it was not working, it's clear.

"Nico and I talked a lot about my decision. He's been very supportive.

"My decision was hard for him to accept, but he is fully involved and he will give his best.

"That's a reason why I wanted him in the team. The team is being restructured and for me it was important to have a leader.

"Whatever may happen, Nico will act as a leader and pull the team forward.

"I think it's a crucial factor in the success of a team." 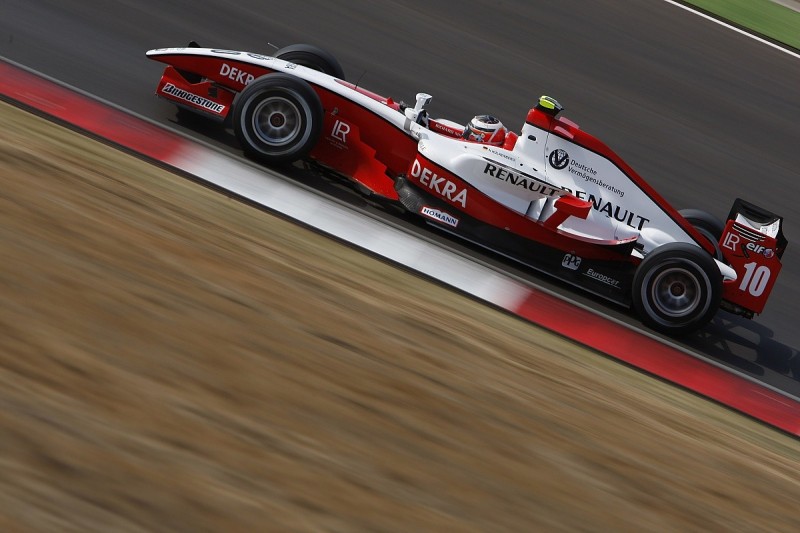 This year will be Hulkenberg's seventh in F1, having also raced with Williams and Sauber.

While the 29-year-old does not have a podium finish to his name after 115 starts, Vasseur believes Hulkenberg has the potential to go well beyond simply breaking that drought.

"I think he's one of the most talented drivers I've seen in the junior series for the past 10 years," Vasseur added.

"I think Nico is one of the few drivers who can win the world championship."