The Russian was demoted to Toro Rosso by Red Bull after a troubled start to the campaign, and struggled initially to get up to speed after swapping seats with Verstappen.

He made big progress over the closing stages and was ultimately re-signed by Toro Rosso, with his performance to finish ninth in Singapore - amid talk he would be replaced by Pierre Gasly in 2017 - picked out by Tost as one of the highlights.

"I think that it was generally positive to show that he still has the speed and the car control to fight against Max and also leave him behind," Tost told Autosport's sister publication Motorsport.com.

"For his self-confidence it was very important.

"The big turnaround was done in Singapore.

"Where he really showed a good race and qualifying as well.

"Therefore for me it was clear that he should continue with us."

Tost accepts the situation was not easy for Kvyat after being dropped by Red Bull, and that may have led to his initial difficulties.

"After changing from Red Bull Racing to Toro Rosso, it was a hard time for him," he said.

"Naturally you also get a little bit weak from the confidence side.

"So it's a positive influence and impact if you can keep a driver like Max Verstappen behind you with a Toro Rosso car.

"Of course Red Bull had a very competitive package, from the engine side as well as from other components, but he showed that he could still do it and in parallel increased his self confidence.

"The most important part for race driver that he is clear in his head and that he is self confident." 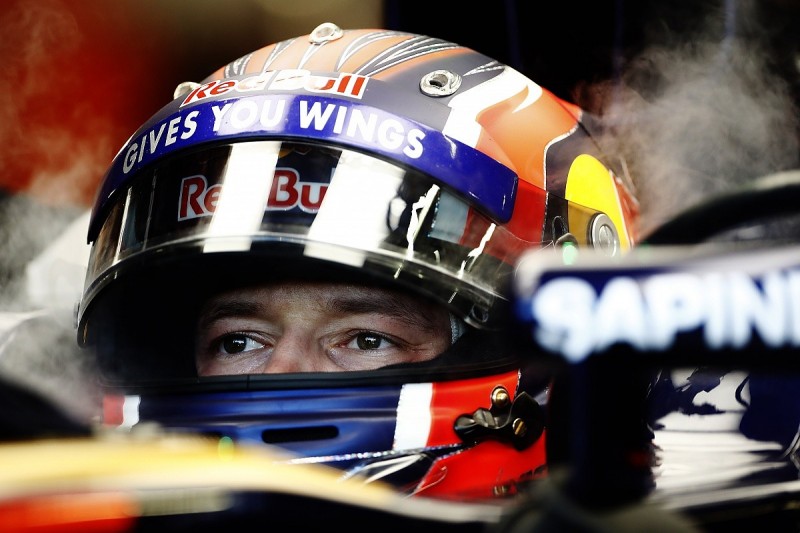 Kvyat's strong finish to 2016 and the return of his self-belief convinced Tost that he will return to his very best this year.

"In sports in general, you have ups and downs.

"But if a driver or a sportsman in general shows that he can win races and championships, then you know he has in mind all the ingredients he needs to become successful and to be successful.

"Therefore I'm convinced that Daniil is coming back, that he will become successful and I expect a very strong season from him in 2017."