Stoffel Vandoorne has admitted that it "hurts" not to have been chosen to replace Lewis Hamilton at Mercedes this weekend, but says he respects the Formula 1 team's decision

The Belgian is the official Mercedes reserve driver and would have been an obvious choice to be slotted in with Hamilton being forced out after testing positive for coronavirus.

Vandoorne was always due to be in Bahrain as part of his regular reserve duties, and he travelled there from Formula E testing unsure exactly of whether or not he would get the chance to race.

However, Mercedes opted to go for a different route in replacing Hamilton as it agreed a deal with Williams for it to release George Russell.

The Briton is a member of the manufacturer's young driver programme, and it was felt that his current race experience and understanding of Pirelli's tyres with Williams made him a better bet for slotting in at such short notice.

Plus, a chance with the works team would give him a perfect opportunity to show what he can do in a top car. 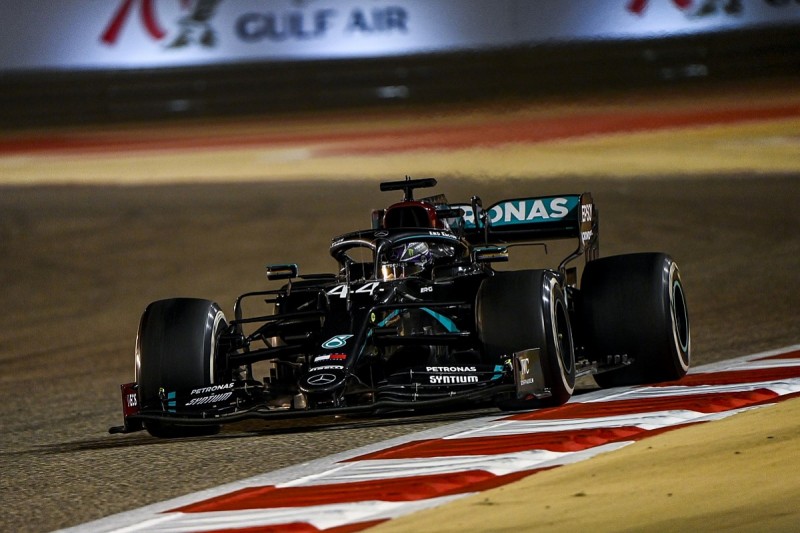 With Williams promoting its reserve driver, Jack Aitken, to take Russell's place this weekend, it means Vandoorne will be sitting on the sidelines again.

Posting on his social media feeds, Vandoorne said that he was obviously disappointed about not getting the chance for an F1 comeback, but said he would continue trying all he could to make it happen in the future.

"Firstly, I want to wish Lewis Hamilton a speedy recovery and hopefully he'll be back in the car ASAP," said Vandoorne. "Nobody can really replace him.

"Obviously I'm disappointed not to get the chance to drive for [Mercedes] this weekend.

"After having spent the year travelling to all F1 races and dedicating so much time, physical training, commitment to this programme...it hurts!

"On the other hand, I respect the choice of putting George Russell in the car.

"He has been one of the standout drivers and he fully deserves this opportunity.

"It's moments like these that make my drive even bigger and I can assure you I'm going to continue giving 100%.

"Thank you so much everyone for all your supportive messages. It's been great to see."

Why Red Bull is right to back its much-maligned diamond