Magnussen, who raced against Vandoorne in Formula Renault 3.5 when they were both part of McLaren's junior scheme, expects the Belgian to shine this weekend.

"He is good enough to be in Formula 1 so he will have a good race I'm sure," Magnussen told the media on Thursday in Bahrain.

"I know he deserves to be here so I'm happy to see he got a shot.

"It's a massive opportunity for anyone to get a chance in Formula 1, it's really really big.

"Not many people get a chance, so I hope he can enjoy it."

When asked if he felt it would be too much to expect Vandoorne to perform at Button's level this weekend, Magnussen added: "I think he can."

Magnussen experienced a similar situation when he filled in for Alonso at the Australian Grand Prix last year, and while he had more time to prepare than Vandoorne, he expects McLaren's reserve driver to get up to speed easily.

"It's not that bad - they [McLaren] have a good simulator," he said.

"And my first race [in 2014] was quite good [finishing on the podium], so I don't think it's a massive problem really.

"Maybe with the radio ban now there might be some more he has to remember, or get on top of, but in terms of driving the car, doing the race and being fast, I'm sure it will be no problem for him.

"It can be frustrating knowing you have to give the car back, whether it will be one race or two races I don't know.

"You feel a bit awkward because you can't really look forward, you just have to do the best for the time being." 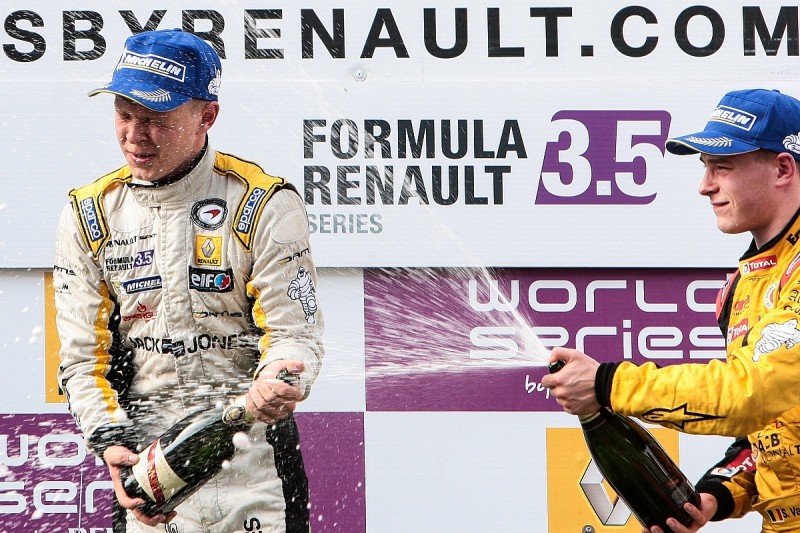