Yuki Tsunoda thinks it would be difficult to immediately step into Pierre Gasly’s shoes as Formula 1 team leader at AlphaTauri should the Frenchman leave for Alpine in 2023.

Gasly looks poised to leave AlphaTauri and the Red Bull family at the end of the year amid interest from Alpine as a replacement for Fernando Alonso.

Talks are ongoing between Red Bull and Alpine about the terms of Gasly’s release, but the deal hinges on whether IndyCar race winner Colton Herta can be signed as a replacement and a possible exemption for an FIA superlicence.

Should he be retained by AlphaTauri for next season and be joined by Herta, Tsunoda would enter the campaign as the Italian outfit’s most experienced driver.

Asked by Autosport if he felt capable of leading the team were he to race alongside someone without F1 experience, Tsunoda replied: “Of course, it will be hard.

“Pierre always gives good quality feedback even when the team is struggling, and I learned a lot of things from him.

“I wouldn’t expect straightaway to be able to perform or give the feedback to the team straight away like Pierre. But currently I’m learning as much as possible from him.

“Still, there’s a lot of room I can learn from him. Currently, we face it the same way, just develop the car as much as possible, to have more consistent pace through the race week.” 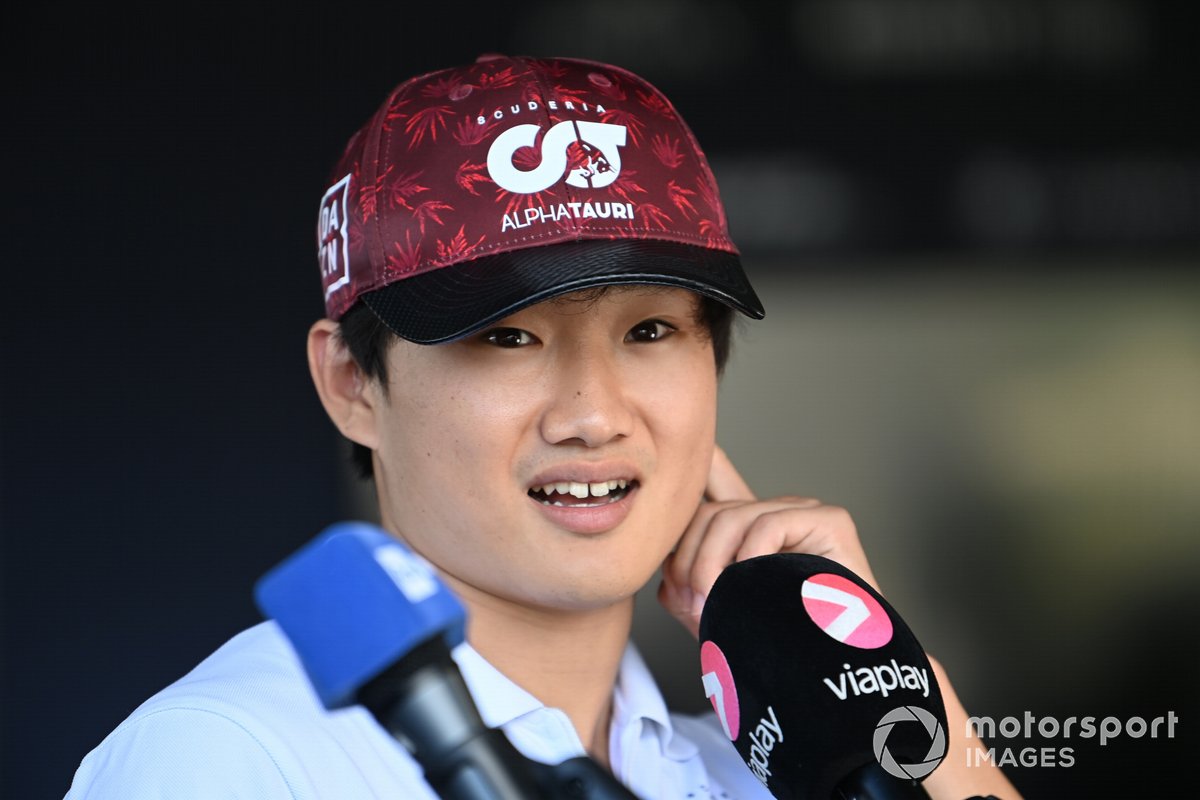 AlphaTauri announced back in July that Gasly would be remaining with the team for 2023, but has not given any formal indications of Tsunoda’s future.

AlphaTauri team principal Franz Tost stayed coy when discussing driver plans over the Dutch Grand Prix weekend, saying its line-up for next year would be Gasly and Tsunoda “at this moment.”

Although Tost said Red Bull would still need to confirm that Tsunoda would remain at AlphaTauri next year, he said the Japanese youngster could lead the team “if the car is good enough.”

Tsunoda has not scored any points since the Spanish Grand Prix back in May, but has seen a number of opportunities pass by due to reliability issues or bad luck in recent weeks.

While the indications have been he will remain with AlphaTauri in 2023, Tsunoda said at Spa that it depended on “things in the background”, and that all he could do was “focus on myself and make the results.”