Jordan, now a television pundit, suggested to German media this week that Mercedes would return to being just an engine supplier having dominated the first three years of the turbo-hybrid era of F1.

He claimed he would make that decision if he were in charge of Mercedes and said in Monaco he put those views to Daimler boss Dieter Zetsche, who "didn't leave the impression these were wrong".

He labelled Jordan's claims "baseless" and insisted the team has deal to stay in Formula 1 until the end of 2020.

"Monaco is a place where people like to party and it seems like somebody did a bit too much of that," Wolff said in a statement.

"The reports are completely baseless and reflect nothing more than the mischievous speculation of one individual.

"Mercedes has firm contracts for its participation in Formula 1 until the end of 2020 - and is currently in discussions about the next competitive cycle with the sport's new owners." 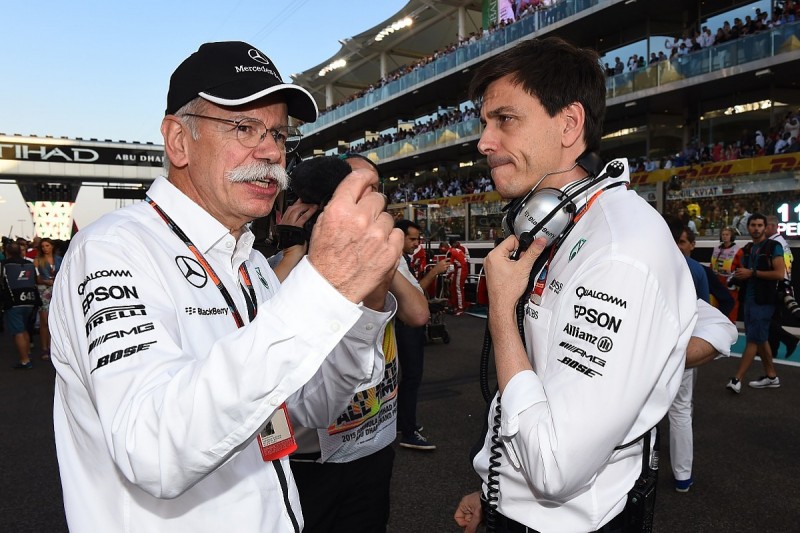 The future of Mercedes in F1 has been the subject of some speculation for more than a year.

After being absent as a works team since back-to-back drivers' title-winning seasons in 1954 and 1955, Mercedes rejoined F1 in 2010 by taking over the title-winning Brawn GP outfit.

It took until its third season back before it won again - with Nico Rosberg taking victory in the 2012 Chinese Grand Prix - and then signed Lewis Hamilton from McLaren for the 2013 season.

Mercedes won three races that year, one with Hamilton and two with Rosberg, before sweeping to a hat-trick of drivers' and constructors' crowns when the new engine regulations came into force for 2014.

Its dominance is under threat in 2017, with Sebastian Vettel leading the drivers' championship for a revitalised Ferrari outfit.