Wolff insists the situation has been "completely blown out of proportion", is "a complete non-story" and that the conversation he had was "really nice".

Wolff added: "I tell you what I said: he's a great driver, has incredible skill, and he's refreshing as a character, he's spontaneous, intense. Outside of the Red Bull team I'm a really big fan.

"Lots of the positive stuff that's been created around Formula 1 is around headlines, and Max is contributing to that.

"The last thing I want - the last thing he will do anyway - is change his approach, and that is important for Formula 1. I didn't say for him to move out of the way or race differently.

"I don't think Lewis [Hamilton] and Nico [Rosberg] care. They don't expect him to race any differently than before.

"We will not change our approach, and in the same way I wouldn't want to give this as advice to Max.

"It [the conversation] was just two racing enthusiasts who had a private discussion that has been dragged out in the public." 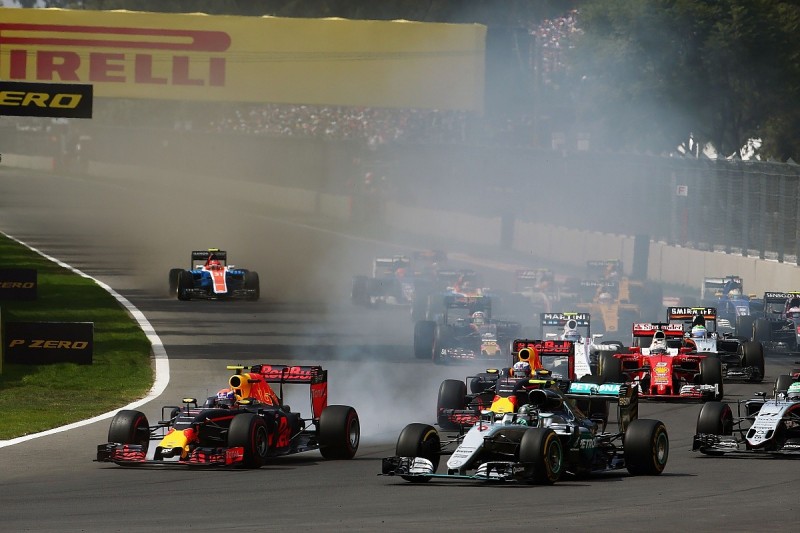 Wolff did declare he would not want Verstappen to create more negative headlines by becoming involved in an incident with either Rosberg or Hamilton that could sway the championship on Sunday, or in Abu Dhabi.

"I discussed two things with Jos: first of all there has been a negative spin in some of the media around his driving which I said was unjustified in my eyes," added Wolff.

"I felt it needed to be counter-steered somehow. I did it only out of sympathy for Max and Jos, and nothing else.

"Number two was that it's two races to the end and if an accident would happen with Lewis and Nico, it's something that would add with some of the negatives in the media, and this can be avoided.

"It's just to consider for Max this is not important - not as important as for the other two."

Rosberg and Hamilton are certainly not expecting Verstappen - nor any other driver - to treat them any differently on track.

Rosberg, who can win the title on Sunday with a victory regardless of where Hamilton finishes, said: "As a race driver you don't treat somebody differently just because he is fighting for the championship.

Hamilton added: "I wouldn't expect anything less than 100% from every other driver we are competing against."