Franz Tost would not be surprised to see Formula 1 rivals show interest in signing Pierre Gasly, but doubts Red Bull would be willing to let him leave AlphaTauri easily

Gasly made his F1 debut with Toro Rosso in 2017 before moving up to the senior Red Bull squad for the 2019 season, only to be demoted back to the B-team after a difficult 12-race spell.

Since returning, Gasly has scored two podium finishes for the team since rebranded as AlphaTauri, including its first victory for 12 years at last season's Italian Grand Prix.

Gasly's performances prompted AlphaTauri F1 boss Tost to hail the 2020 season as the best in its history as the Frenchman scored close to three-quarters of the team's total points.

But Gasly's displays were not enough to replace the struggling Alexander Albon for 2021 as Red Bull opted to keep him at AlphaTauri for the coming season.

Drivers such as Sebastian Vettel and Carlos Sainz Jr have gone on to enjoy success after leaving the Red Bull family, with the latter joining Ferrari for the 2021 season.

Tost said that while he would not be surprised to see other teams show interest in signing Gasly in the future, he doubted Red Bull would want to let him go easily given its investment throughout his career.

"You know, if a driver is competitive like Pierre, then yes, of course other teams will ask about the contractual details," Tost told Autosport.

"They'll want to know eventually when a driver is available.

"But he has a Red Bull contract, and I don't think Red Bull will give him free at such an early stage.

"They invested a lot of money to build him up, and sooner or later, they want to get his fruits back and good results with him, win races, and also championships. We'll see." 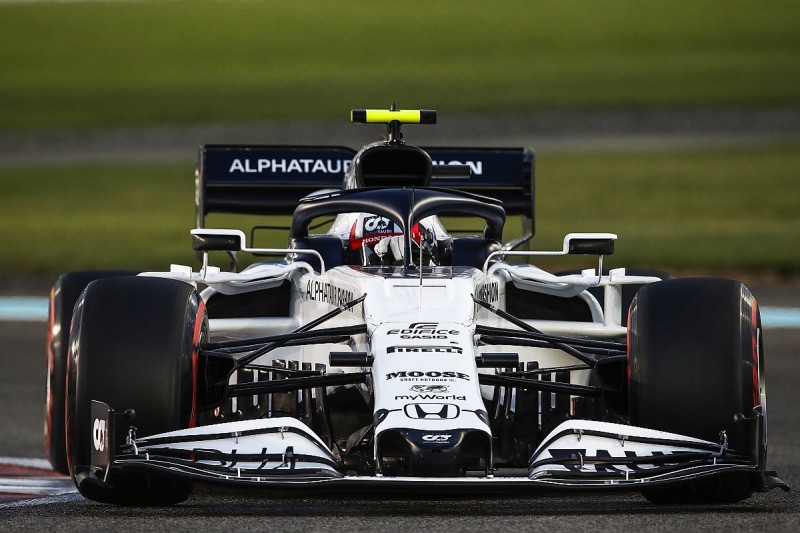 Gasly's shock victory at Monza solidified his position as AlphaTauri's team leader moving into the future as it adjusts to its new-found sister team status following its rebrand.

He will be set to spearhead its charge in 2021 alongside new rookie team-mate Yuki Tsunoda, who moves up from Formula 2 in place of Daniil Kvyat.

Tost said the way in which Gasly was performing and leading the team meant it could look to build itself around him more in the future, going as far as designing the car to suit elements of his driving style.

"He is now an experienced driver, and a successful driver as well," Tost said.

"Any team always is oriented and concentrated to a successful driver.

"What does this mean? The team listens to the technical feedback of the driver, and of course as a result of this, the new design of the car [is influenced].

"Let me say it in this way: the designers and the engineers, they keep the consideration of all technical feedback from such a good driver that they make next year's car even better.

"This car then fits with the driving style of this driver, and to make the car simply faster. That's the normal way."