Formula 1 has announced the return of Imola to the 2021 calendar after being forced to postpone races in Australia and China, with Melbourne shifting to a November date slot

F1 unveiled a 23-race calendar for 2021 in November that was due to start in Australia, but has been forced to make some early changes due to the ongoing COVID-19 pandemic.

It emerged in recent weeks that Australia would not be able to go ahead on 21 March due to the ongoing travel restrictions, while the promoter of the Chinese Grand Prix revealed on Saturday it was seeking a date change.

F1 issued an updated version of the 2021 calendar on Tuesday morning, confirming Imola will host the second round of the season on 18 April.

The former host track of the San Marino Grand Prix staged its first F1 race in 14 years last November after being added to the heavily-revised, European-centric schedule.

The success of the event prompted Imola officials to seek a deal for 2021, with a gap being opened up on the provisional calendar after the planned race in Vietnam had to be abandoned.

Both Imola and Portimao were seeking to replace Vietnam, but the postponement of both Australia and China has opened up places for both tracks to join the 2021 schedule. 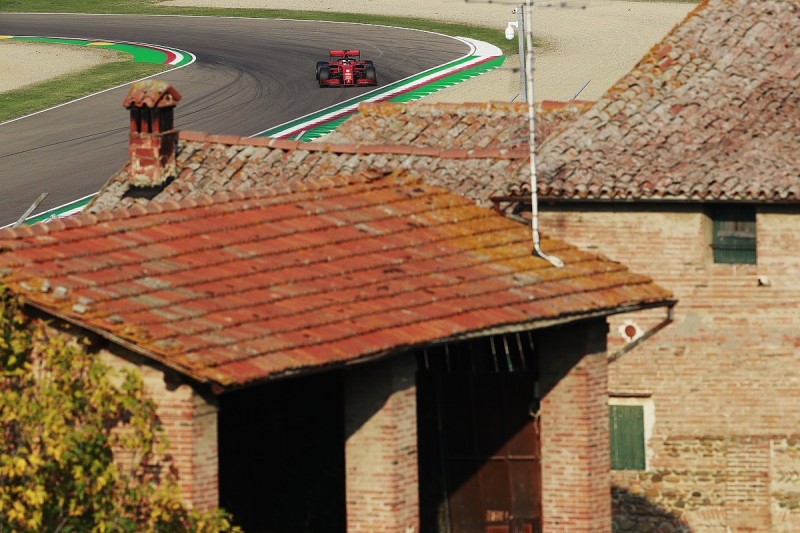 Although Portimao has not been announced by F1 yet, the track is expected to host a grand prix this year and take the slot vacated by Vietnam as the third round of the season.

This TBC slot now lies on 2 May, one week before the Spanish Grand Prix in Barcelona.

Australia has been postponed until 21 November, with its addition to the calendar forcing a number of date changes for the closing stages of the season.

Brazil has been brought forward by one week to 7 November, creating a third triple-header on the calendar as it follows races in the United States and Mexico.

The inaugural Saudi Arabian Grand Prix has been pushed back one week to 5 December, while the Abu Dhabi season finale will now take place on 12 December.

While F1 is working with the promoter of the China race to find a new date, it is understood this would only go ahead if another race is cancelled as the calendar would not rise as high as 24 races.

"Due to the ongoing travel restrictions in place the 2021 Chinese Grand Prix will not take place on its planned date," a statement from F1 reads.

"Discussions with the promoter and authorities in China are ongoing with the potential to reschedule the race later in the season if possible.

"With the scheduled date not being feasible for China, Imola will return to the Formula 1 calendar on the revised date of 18 April. 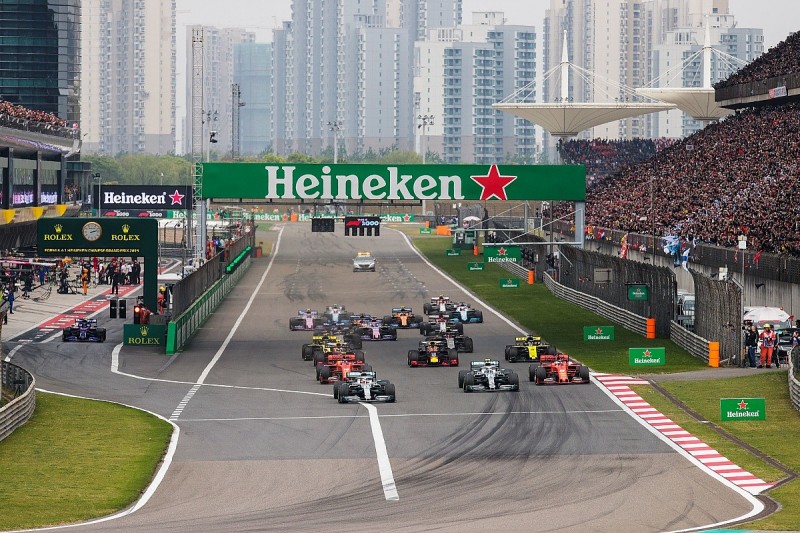 "The TBC race in the calendar will be announced in due course and will take place on the new date of 2 May. All revisions are subject to World Motor Sport Council approval.

"As a result of these changes the number of races for 2021 will remain at 23 which is the largest ever Formula 1 calendar and we look forward to delivering this season through close collaboration with all our promoters.

"The season will start a week later than planned and end a week later with our season finale in Abu Dhabi. As stated previously, we expect fans to return to the grandstands and our exclusive Paddock Club for the 2021 season.

"We will continue to work closely with our promoters and partners to monitor the ongoing COVID-19 situation and look forward to the start of the season in March."

"It has been a busy start to the year at Formula 1 and we are pleased to confirm that the number of races planned for the season remains unchanged," said new F1 CEO and president Stefano Domenicali.

"The global pandemic has not yet allowed life to return to normal, but we showed in 2020 that we can race safely as the first international sport to return and we have the experience and plans in place to deliver on our season.

"It is great news that we have already been able to agree a rescheduled date for the Australian Grand Prix in November and are continuing to work with our Chinese colleagues to find a solution to race there in 2021 if something changes.

"We are very excited to announce that Imola will return for the 2021 season and know our fans will be looking forward to the return of Formula 1 after the winter break and our revised season opener in Bahrain.

"Obviously, the virus situation remains fluid, but we have the experience from last season with all our partners and promoters to adapt accordingly and safely in 2021."