Toro Rosso will run Honda's latest Formula 1 engine as hoped in Japanese Grand Prix practice, where Pierre Gasly hopes some "fine-tuning" will help it extract more from the upgrade

Honda trialled its new-spec engine in Friday practice for last week's Russian Grand Prix but reverted to an older spec for the weekend after noting some "unsuitable behaviour" on-track.

It tested the upgrade this week on the dyno and has confirmed it will be in the car for Friday's running.

Gasly said: "Clearly I think it is a gain of performance. As I said in Sochi we don't knew exactly how much, but I think it is positive.

"We just need to run a bit more with it to find some fine tunings to extract everything.

"In Sochi, performance-wise over one lap, we looked better already and on Friday it was quite positive.

"Hopefully it is going to be similar here this weekend. Its going to be the first time we use it for whole race weekend, so let's see how it goes.

"But [I am] clearly more optimistic in terms of performance than I've been in the last few weekends." 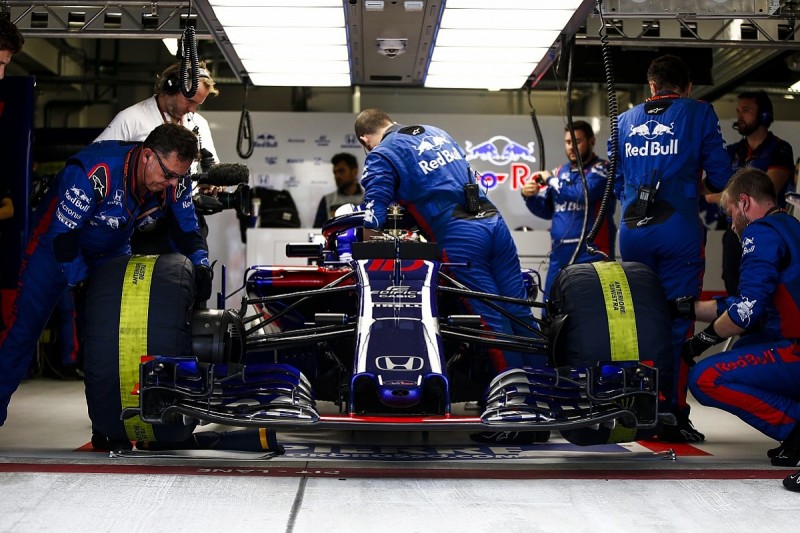 The problem last weekend was put down to the engine needing better calibration, as running it on-track was causing unexpected oscillations.

Gasly said: "I'll tell you tomorrow morning [if it is better]. But yeah, that was one of the areas where we had to improve in Sochi.

"I know they've worked on it on the dyno already since the race in Sochi."

Gasly's team-mate Brendon Hartley described last week's introduction as a "bit of a learning exercise with mappings and all the other things that go around introducing a new engine".

He is hopeful that the team will be able to use it for the full weekend after witnessing some work on the upgrades at a factory visit this week.

"We actually saw the engines on the dyno in Sakura, so we know that they've been working all week and we're excited to see how it goes," he said.

The two F1 fallen giants that must adapt or die