The Red Bull-owned outfit has used Cosworth, Ferrari and Renault engines since it joined F1 in 2006, before completing a three-year deal with Honda from 2018.

Ahead of the team's first race with the Japanese manufacturer, Tost explained that Toro Rosso's new partnership has so far been unlike any relationship with its previous suppliers.

"It is a big difference, believe me," Tost told Autosport. "This starts with the design of the car.

"In the past, we just got a power unit and suppliers said: 'Look, this is the power unit, with the pipes, with all the aggregates, just put it into your car'.

"Now our designers are sitting together with the Honda engineers, they think 'OK, how can we create the oil tank, for example, in front of the engine, how to put it in a best possible way into the chassis.'

"Or the exhaust system. This is a big impact on the aerodynamics on the side of the car.

"Also, when you get the hot air from radiators to the back, where do you get it out?

"In former times, we just had to find the way, and now we are discussing it with Honda."

Toro Rosso and its previous supplier, Renault, found themselves at odds over the causes of poor late-season engine reliability.

Tost reckoned the new Honda partnership was "the first time" his team had this much input on the engine side, and said Toro Rosso engineers were relishing the freedoms they had in setting up the power unit.

"You should have seen the smiling faces of the engineers when they came back from dyno run with the gearbox and the power unit," Tost said.

"They said, 'Hey, we could change the mappings during the running'.

"Before, we got the mappings, everything was in a black box and we couldn't do anything. Even if we said 'maybe this is better' they said 'take it and that's it'.

"Now we have an impact. And we can say 'let's try this and this way, maybe we can get a performance advantage'.

"This helped both sides a lot, and therefore for Toro Rosso it was absolutely best to decide this cooperation with Honda." 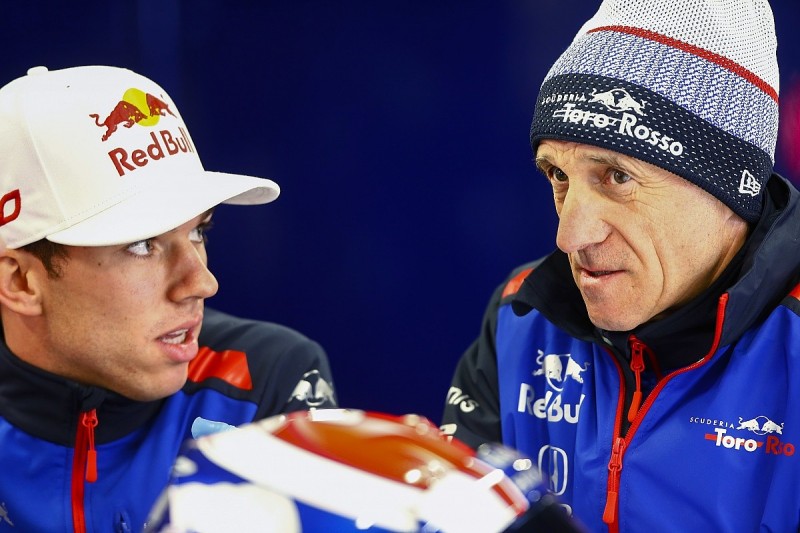 While Honda's engines had previously been troubled since the manufacturer's F1 return in 2015, Toro Rosso's STR13 has enjoyed a smooth run in pre-season testing.

But Tost said he had particularly high hopes for the team's 2019 challenger.

"I am expecting a lot from next year's car," he said.

"For nearly one month we are working on next year's car, and we get more and more better ideas how to place the different parts of the power unit in the best possible way for the chassis.

"These are important factors for the performance of the car."

Force India F1 driver Ocon: I must prove myself to Mercedes in 2018

How Renault F1 team is offsetting the halo's aerodynamic drawbacks