Force India F1 driver Ocon: I must prove myself to Mercedes in 2018

Ocon made his grand prix debut in the middle of the 2016 season with Manor, then stepped up to Mercedes' lead customer team Force India for an impressive maiden full campaign in 2017.

Though Lewis Hamilton is expected to re-sign with Mercedes beyond the current campaign, the other seat with the German manufacturer is up for grabs.

"I think it is one of the most important years of my career," Ocon told Autosport.

"After learning a lot last year everybody is waiting for me to confirm this year, which is quite normal. It's what my bosses are looking at.

"My career's managed by Mercedes so my bosses set me some targets for this year and I have to respect them.

"I feel like if I do a strong job here there will always be plenty of opportunities, but at the moment I'm fully focused on Force India and that's the important thing."

Ocon said his preparation over the winter including "fixing the details I thought was not great last year", which he said would stay "confidential".

"It's my own personal development, my physical strengths and the weakness I felt I had," he said.

"All that is fixed now. I feel more than ready to start the year." 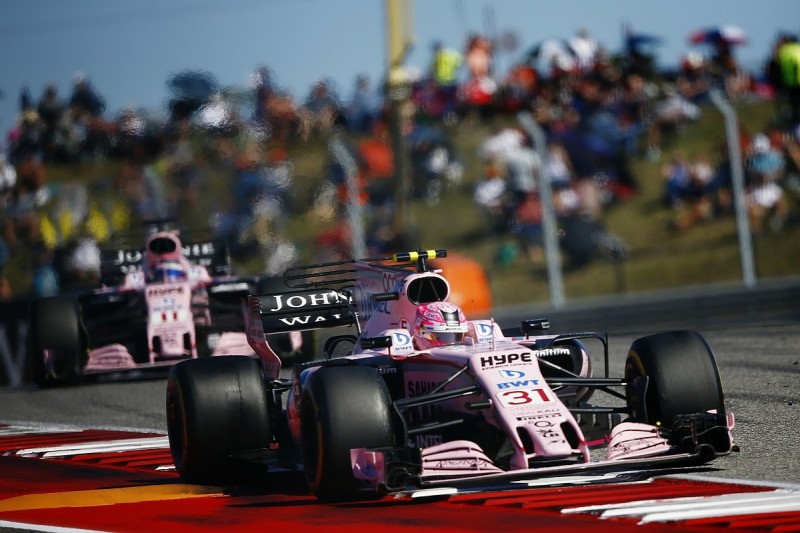 Ocon will take on Sergio Perez for a second season inside Force India, after a close 2017 campaign in which they came to blows several times.

Mercedes boss Toto Wolff has previously stated that Ocon will be expected to outperform Perez over the course of 2018, and Ocon has identified qualifying as his main area to improve to achieve that.

Perez outqualified Ocon in nine of the first 10 races last year, although Frenchman was the form man in the second half of the season and pulled the final deficit back to 13-7.

"I felt that all through the year I was fast through the race but I was lacking a bit of qualifying pace, especially in the beginning of the year," said Ocon.

"That was gone by the end, I was feeling better and stronger in qualifying. It was more normal and coming to me."

As well as beating Perez, Ocon said he is targeting his maiden podium finish in 2018.

"We have as much chance as previous years, or more," he said.

"Force India has been scoring podiums every year and it was only last year we didn't score - but last year we were more competitive than the year before.

"I think we have our chances to score and I will be chasing it."