Franz Tost says he felt he had to defend his Toro Rosso Formula 1 team against Renault criticism during the row that broke out over the Brazilian Grand Prix weekend.

In Brazil Renault suggested the way Toro Rosso operated its power units had contributed to its run of recent failures, with Cyril Abiteboul telling Autosport there were "never coincidences in this sport".

Toro Rosso subsequently issued a statement denying that it was at fault, and suggested that Renault's own pursuit of Toro Rosso for sixth place in the constructors's championship had played a role in the problems.

That infuriated Renault, and triggered a statement from Red Bull motorsport boss Helmut Marko that insisted the teams recognised they received equal treatment.

"I had the feeling that I had to say something," STR team boss Tost told Autosport.

"You know, that if the team is being criticised, and we feel this is not 100% correct, then we have to give a statement.

"This is what we did. Whether it's done correctly or not is another question.

"We just clarified our point of view."

Asked if the matter was now over, Tost replied: "I think so, I didn't hear anything any more, so that's it."

Renault scored one point at Interlagos thanks to Nico Hulkenberg's 10th place, so Toro Rosso still holds a slender four-point advantage in sixth, with Haas a further two points behind Renault.

Tost said the drop from sixth to eighth could be worth $6.5m in F1 prize money, making Abu Dhabi a critical race for all three teams.

"It's very stressful," he said.

"Regarding Toro Rosso we'll try to prepare in the best possible way, with as many reliable parts as we have.

"Regarding our power unit supplier we don't have this under our control, this is their decision." 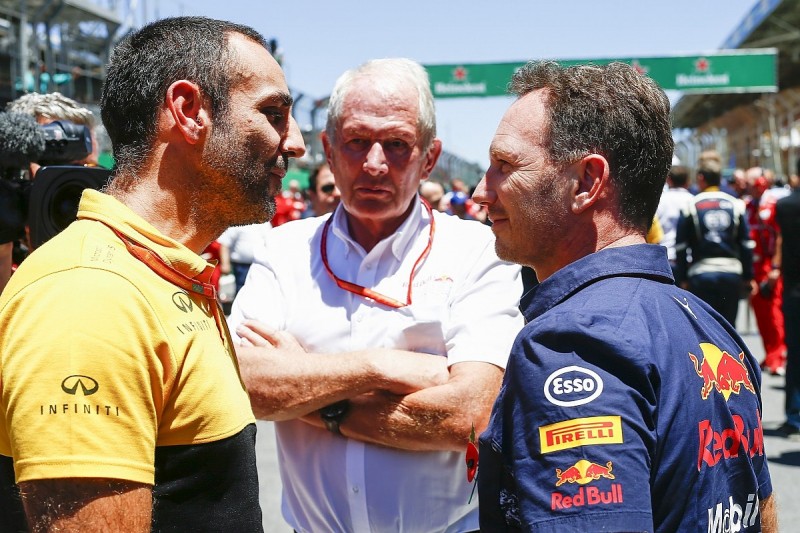 Marko said the ongoing problems were frustrating for both Red Bull teams.

"Of course it's not satisfying," he told Autosport. "They haven't cured the problem yet, and they're running out of parts, and then the situation happens like it does.

"Unfortunately Toro Rosso was affected more than any other team, so that's why the emotion went up.

"We discussed it, we made a statement, and everything is OK.

"We are in a close fight with Renault for sixth position, but we are still ahead."

Marko said there were reliability worries over Max Verstappen's car in Brazil, following a change to a high mileage MGU-H for Saturday, but Red Bull hopes to avoid penalties in Abu Dhabi.

"We were worried about Max, so we were looking after temperature and revs for the MGU-H," said Marko, who watched Verstappen and Daniel Ricciardo finish fifth and sixth in Brazil.

"At least all the engines stayed together, and from this point of view we should start without penalties in Abu Dhabi, but it's not clear yet."