Hamilton scored the 87th victory of his F1 career at the British Grand Prix last Sunday, moving to within four of Michael Schumacher's tally of 91 wins.

Schumacher has been F1's wins record holder since 2001.

Hamilton could also match Schumacher's record of seven F1 world championships in 2020 should he win the drivers' title, and has already moved into a 30-point lead at the top of the standings.

Todt worked with Schumacher at Ferrari during his streak of five consecutive world championships from 2000 to 2004, serving as team principal.

Speaking to select media including Autosport prior to the race at Silverstone last week, Todt noted his affection for Schumacher's records given his role in them, but had nothing but praise for Hamilton's achievements.

"To be very sincere, if you have a link to the record, you'd like the record to stay," Todt conceded.

"But on the other side, normally the record has a duration in life. All the records are due to be broken.

"Clearly, Mercedes and Lewis are putting everything together to break the records. Incidentally, some of the records have been broken.

"Even if you can say times are different and all of that, but that is not to be taken into consideration for records. It's not part of it.

"Clearly it's admirable. If it's what they deserve, you can only congratulate them." 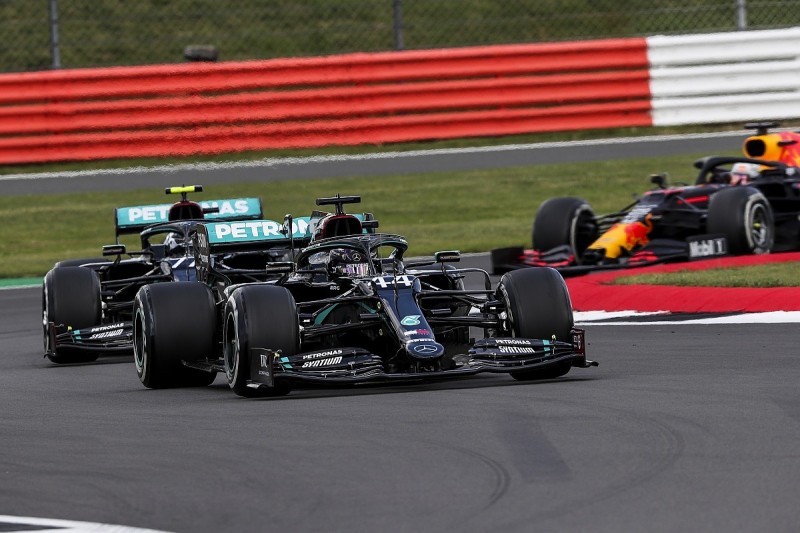 Mercedes has won each of the first four races of the 2020 season and looks set to dominate the rest of the year, owing to the superior performance of its W11 car.

The 2020 cars will be raced again in 2021 as part of F1's cost-saving measures in the wake of the COVID-19 pandemic, meaning the pecking order looks set to remain largely unchanged.

Asked by Autosport if he was concerned fans would stop watching F1 in light of Mercedes domination continuing until the end of 2021, Todt said he had nothing but respect for the team's achievements.

"I must say I do respect and admire the performance, because it's not only one year. Mercedes is in its seventh year of domination," Todt said.

"For the interests of the sport, on one side again, I admire the competitiveness, the reliability, the durability, the effor

"But for the sport, I think like all the people who like things a bit more unpredictable, they would like to see more change. But more change are more teams being able to compete.

"On that, our role is to make sure that teams do follow the regulations.

"I know that some other teams, other engine manufacturers, will be able to put effort which will allow them to have cars which can compete against Mercedes."