McLaren has an agreement with Mercedes to share its reserves - Stoffel Vandoorne and Esteban Gutierrez - should regular drivers Carlos Sainz Jr. or Lando Norris be ruled out of the race weekend.

But with Vandoorne in Berlin for the Formula E season finale and Gutierrez ineligible to race, McLaren has confirmed that ex-Force India driver di Resta will be its nominated reserve for this weekend.

"As we have previously confirmed, we have an arrangement with Mercedes to use their reserve drivers in the event either Carlos or Lando are unable to race," a statement from McLaren reads.

"With Stoffel Vandoorne unavailable due to his Formula E commitments and Esteban Gutierrez currently not eligible for a superlicence, Paul di Resta will be our standby driver this weekend.

"Paul carried out a seat fit at the MTC this morning in compliance with the FIA COVID-19 protocols but will not be in close contact with the McLaren race team unless needed.

"Paul will continue his duties with Sky Sports F1 this weekend as planned." 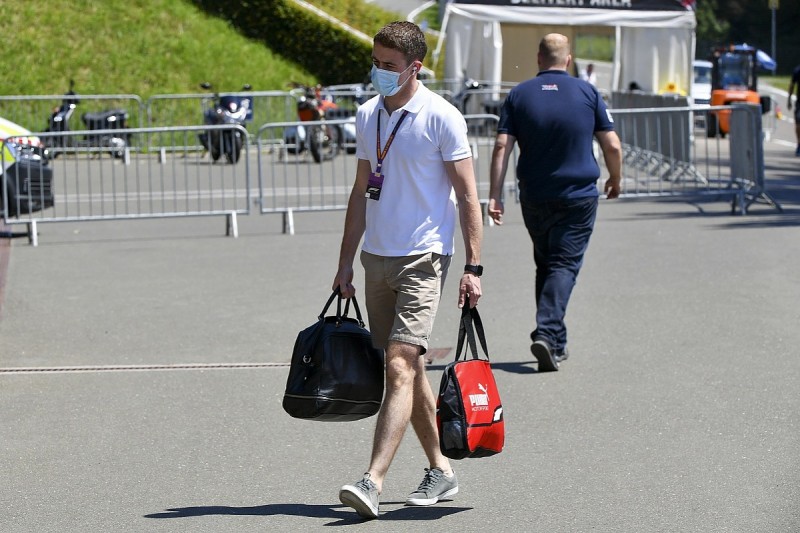 Di Resta spent three seasons racing in F1 with Force India between 2011 and 2013, but made a surprise appearance at the 2017 Hungarian Grand Prix for Williams after Felipe Massa came down ill on Saturday morning.

The 34-year-old raced in DTM after losing his full-time F1 drive before moving into sports car racing, and is currently part of United Autosports' LMP2 line-up in the FIA World Endurance Championship.

It emerged on Sunday that Gutierrez was ineligible to race in F1 after Racing Point was forced to call on Nico Hulkenberg to replace Sergio Perez following his positive test for COVID-19.

Racing Point has a similar agreement in place with Mercedes, and was considering Gutierrez for the drive in parallel with Hulkenberg.

Mercedes team principal Toto Wolff confirmed on Sunday that Gutierrez must complete 300 km of running in order to earn his race licence as he has not raced in F1 for the past three seasons, under an updated rule for 2020.

Di Resta fulfils this criteria by virtue of his one-off appearance for Williams, where he retired from the race.

Ferrari: Still not fast enough to be third-quickest F1 team