The secret behind floor tunnels on Ferrari's SF71H 2018 F1 car

The intrigue over the tunnels was such that they prompted some wild conspiracy theories about double diffusers, although these suggestions were wide of the mark.

These channels are instead the latest step of a clever design path that Ferrari has been working on in recent seasons.

Since 2016, Ferrari began working on the idea of an extra channel on top of the diffuser area to help direct airflow. This trench was previously left open, but for this year it has taken the step of covering it to increase its power.

The extra push in this area is also directly linked to the team's decision to increase its car's wheelbase this year. 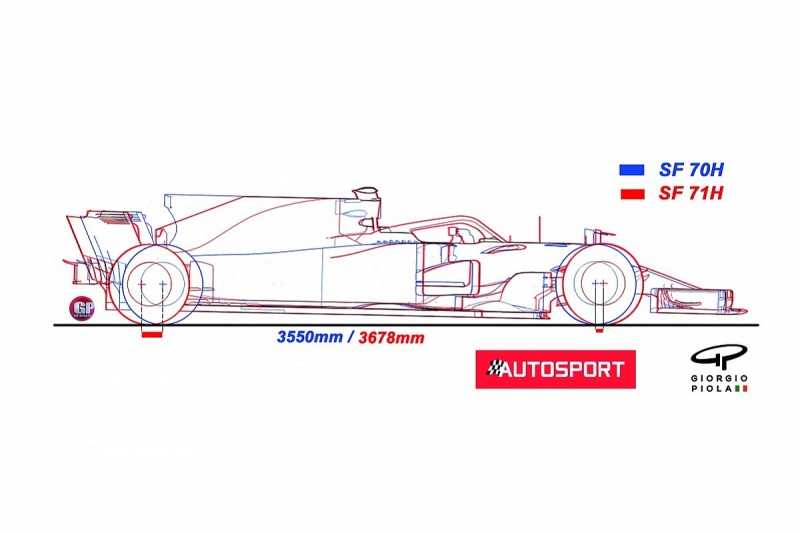 Although last year's SF70H was in a class of its own on high-downforce tracks like Monaco and Hungary, it lacked the balance and aerodynamic efficiency required on more flowing circuits.

Increasing the wheelbase for 2018 - from 3550mm to 3678mm - allows the team to better manage airflow across the car's surfaces, and especially at the rear of the car, without it forcing the need for high-drag wings.

As Giorgio Piola's drawing (above) shows, Ferrari has achieved its longer car by moving its front wheels forward a little bit, but its rear wheels have been shifted backwards much more.

As well as lengthening the sidepods, the team has also moved the radiators and power unit forward to free up some space at the rear. This has the benefit of allowing the team to run ultra-tight packaging at the rear of the car.

But as well as very narrow sculpted bodywork at the rear, the design has opened up the chance to exploit more the airflow around the diffuser. 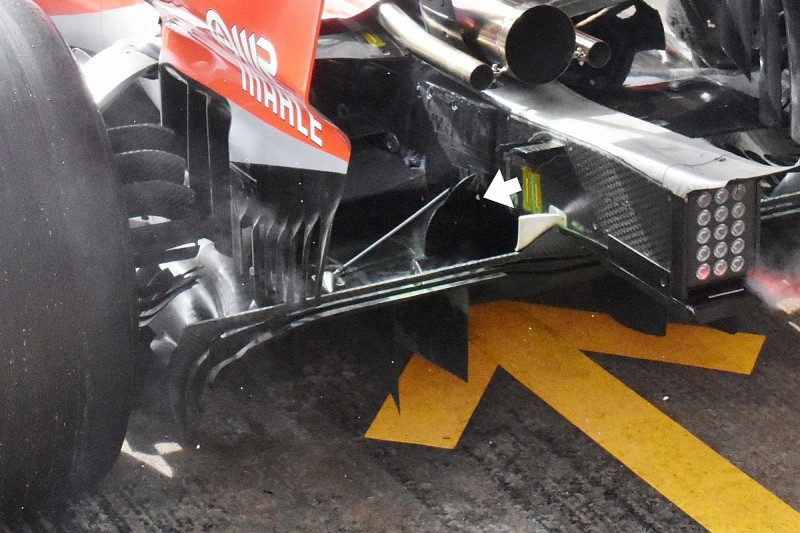 This means the channels run right alongside the wall of the new gearbox, which helps accelerate airflow to help feed the diffuser.

You can also see how Ferrari has shaped the gearbox covering to help channel air too.

How the channels work 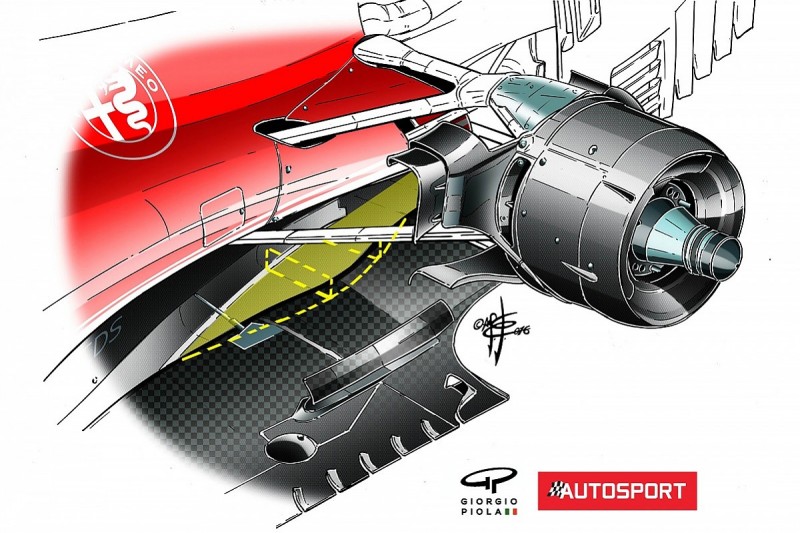 The outlets that can be seen at the rear of the car are actually fed by a trough in the floor that has been present on the last few generations of car (2016's SF16H above). 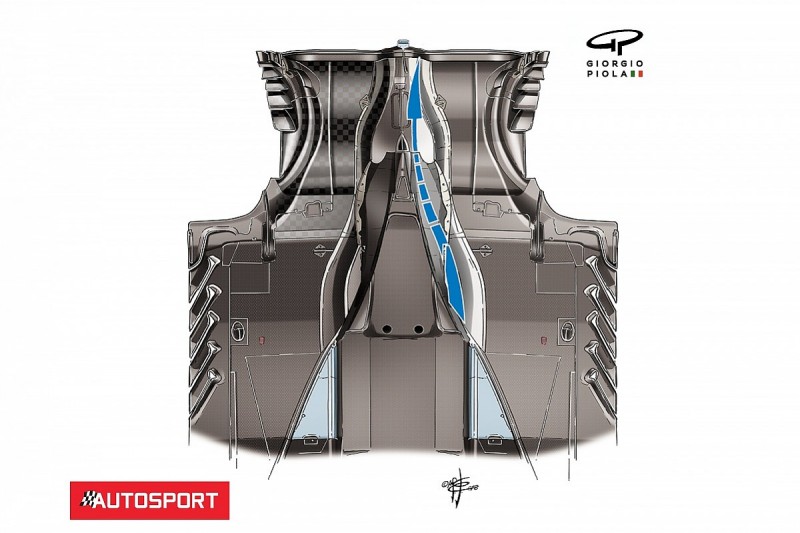 Rather than the trough being exposed as it was in the past, Ferrari has now shrouded it with bodywork so the airflow around the coke bottle region has contours to follow. 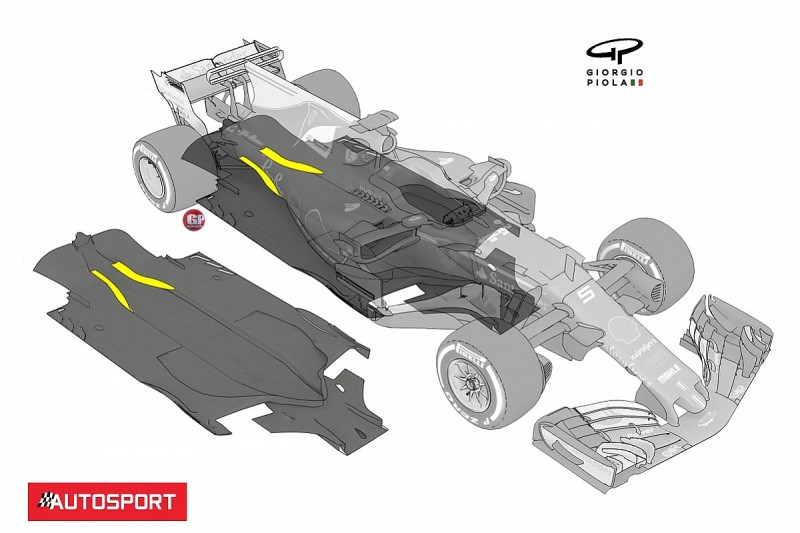 This bodywork should provide a protective barrier for the flow, helping it to navigate the region more effectively over a wider number of operating conditions.

The team will hope that the SF71H delivers its peak performance more consistently at different tracks - and is especially better on the longer flowing circuits where Mercedes excelled in 2017.

The 271 seconds that should worry Mercedes' rivals