The 'S' duct has been a staple of Formula 1 since 2012, when Sauber introduced the solution to help overcome aerodynamic inefficiencies triggered by the step nose regulations.

It became known as the 'S' duct due to the shape of the ductwork housed within the 150mm space that it was allowed to occupy ahead of the front wheel centreline.

Although the design still bears that exact same name nearly a decade on, the complexities have increased somewhat over the years.

The turning point came in 2016 when both Toro Rosso and Mercedes both came upon solutions that allowed them to place the inlet much further forward, as had been the case with Ferrari's earlier nose duct interpretation in 2008.

This was made possible by an interpretation of the single section rules, meaning that the inlet isn't truly a hole but was rather a clam shell-like opening.

A cut was taken through the assembly, which still provided the single section required by the regulations.

This is why, looking into the inlet of many of the solutions, there are dividers which help teams to maintain that legality.

Only one team on the grid doesn't currently have an 'S' duct on its car – McLaren – with everyone else having spent the last few years fine tuning theirs. 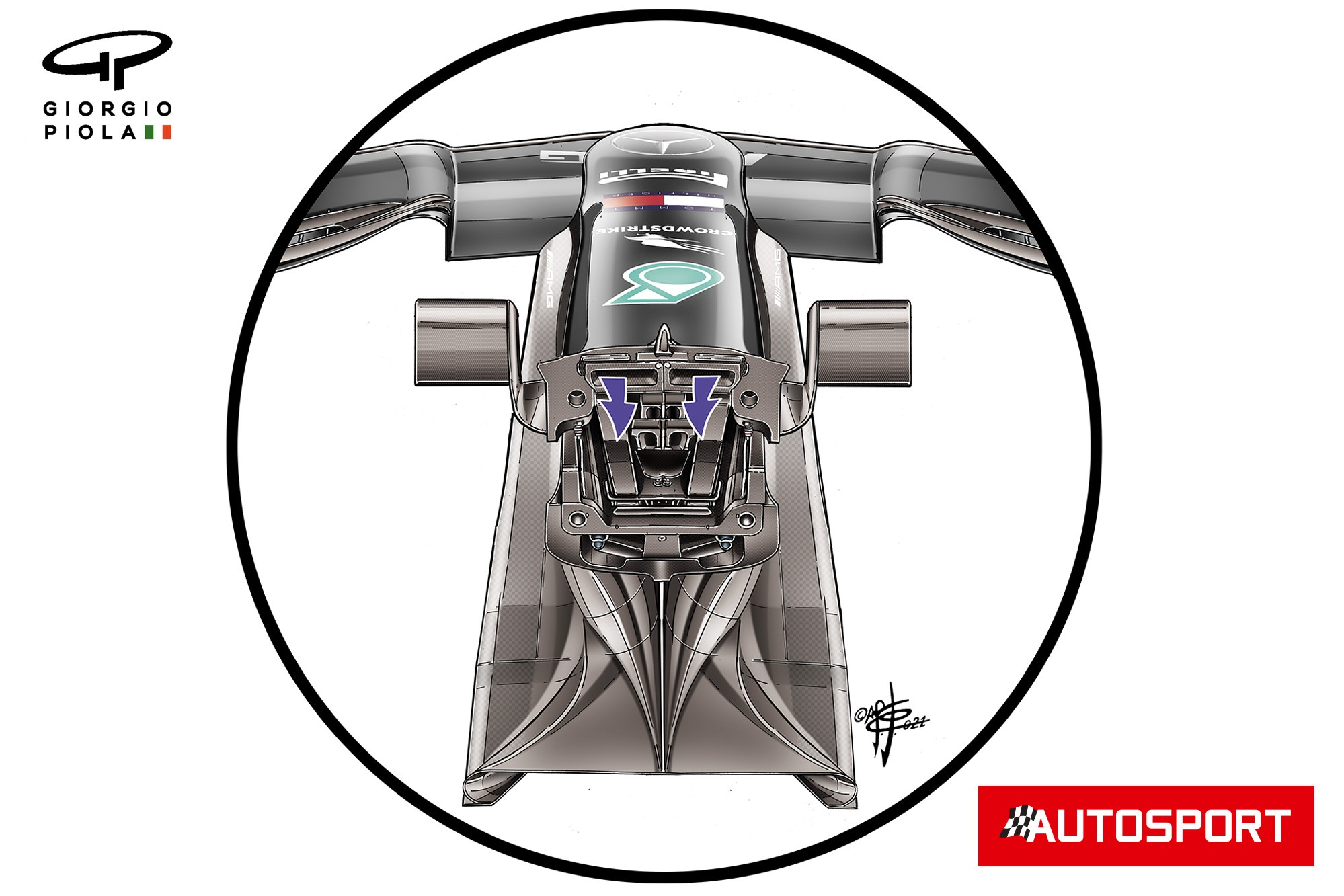 At the front of the grid, Mercedes and Red Bull are similar in having nose assemblies with a 'cape' attached to the main body of the nose.

However, the internal and external make-up of their 'S' duct solutions are still vastly different, as can be seen here in Giorgio Piola's latest illustrations.

Both have inlets on either side of the nose in the forward position, to help draw the air in earlier.

This part of the nose usually takes air from a turbulent region around the front end, identified with the team's simulation work, and transports it into an area where it does less damage - usually to the top of the chassis bulkhead.

But whilst Mercedes maintains separate right and left channels to feed the airflow to the outlet housed on the vanity panel that's then mounted on the chassis, Red Bull has its merged into a single channel that feeds its much narrower outlet.

There's a variety of reasons why a team might opt for one design format over the other for the internal pipework of the 'S' duct. 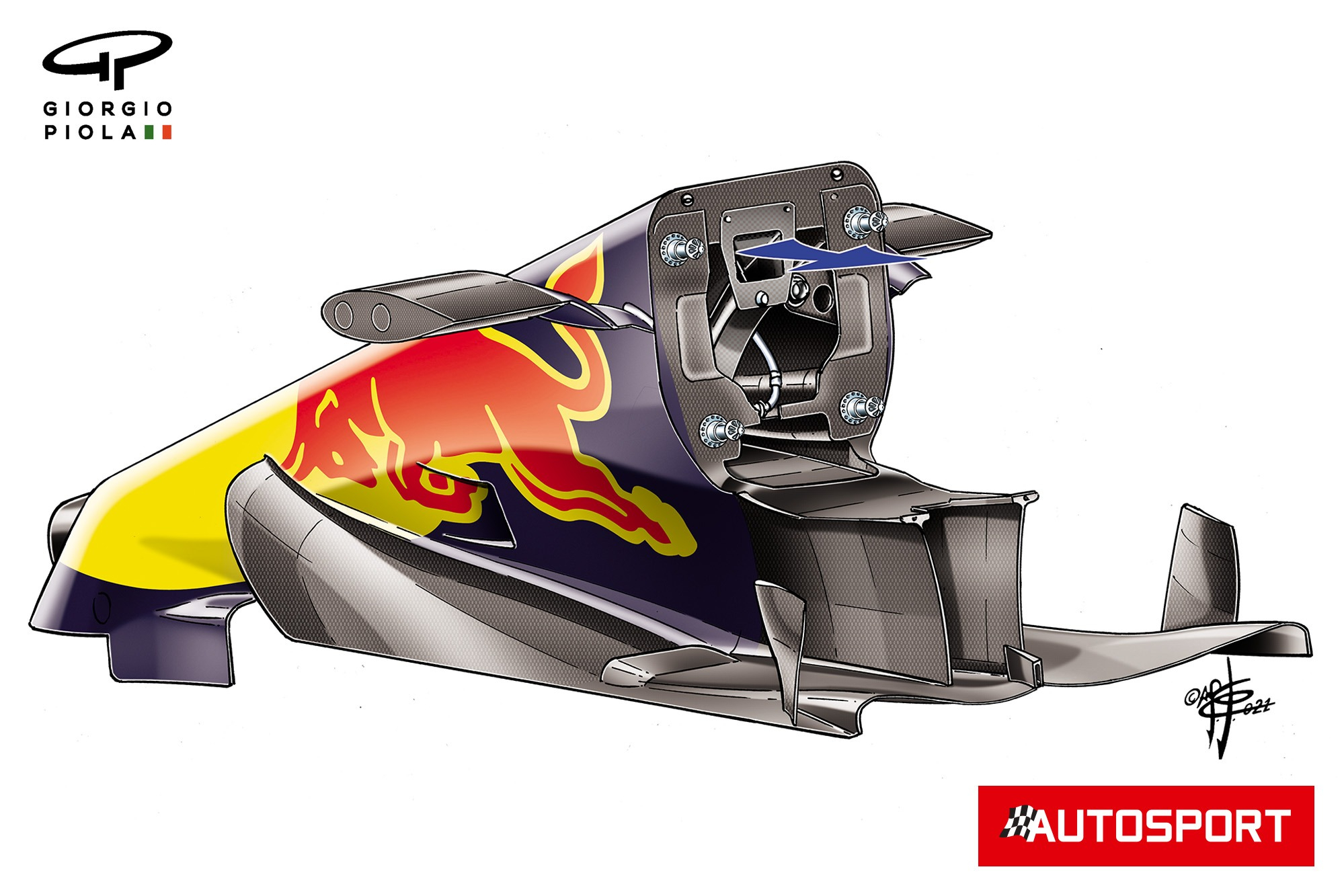 However, the most obvious is the make-up of the internal structure of the nose, which must be able to pass the FIA's stringent crash test requirements.

Whilst discussing Red Bull's nose, it's also interesting to note the changes that the team has made to its assembly to improve flow under the chassis.

While most teams, such as Mercedes, create a narrow boat tail under the nose toward the central section of the cape, Red Bull has opted for a wider opening.

This opening now boxes in the section under the chassis where the team used to house its turning vanes, and it provides a controlled passageway for the airflow captured under the nose.