OPINION: Formula 1 teams offering "broad support" for the introduction of sprint races this year marked an important breakthrough for the championship. But there remain some crucial details that must be ironed out before plans can proceed, says LUKE SMITH

After running effectively the same weekend format since knockout qualifying was introduced in 2006 - with the exception of elimination qualifying's two-race stint in 2016, and the two-day weekend at Imola last year - F1 is finally on the cusp of a major change in approach.

It marks the culmination of years of discussions over possible format changes. F1 pushed for the introduction of a reversed-grid qualifying race at certain events last year, only for Mercedes to block the move, fearing it went against the DNA of the series (and, no doubt, to protect its own advantage).

The tightrope between entertainment and gimmicks was one F1 had to tread carefully when it came to possible format changes, but new CEO Stefano Domenicali quickly set out his stall. He made clear earlier this month that reversed-grid plans were "over", but that sprint races were on the table for 2021.

"We are thinking if this could be tested already this year," Domenicali said. "There are discussions going on with the teams in the right forum, and I think that maybe this could be the only one thing that could be interesting."

Teams formally discussed the plans at Thursday's F1 Commission meeting and, unlike the reversed-grid proposal, everybody was on board - a rare show of unity when it comes to switching up the weekend format, but proof of how Domenicali struck the right balance to avoid descending into gimmickry. 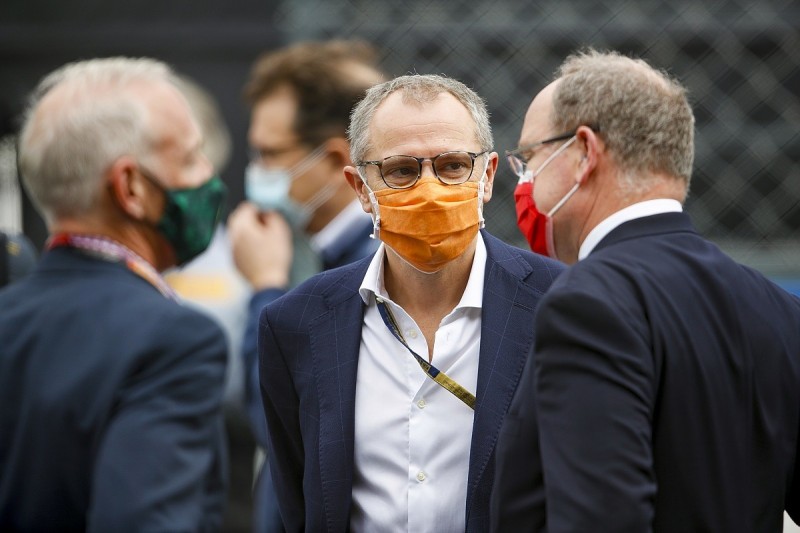 A statement from F1 and the FIA following the meeting said there was "broad support" for the sprint race idea, but that further ideas had to be fleshed out through a newly-formed working group. The group will aim to get a full plan formed in the coming weeks, allowing for a final decision to be taken before the start of the new season.

There are a still a series of hurdles the new working group must overcome to get the sprint race plan across the line, with further details required. But with the major one - initial team approval - secured, the rest will hopefully be a formality.

It is worth stressing that sprint races will not be a total replacement for qualifying. The plan for 2021 is to hold them at three grands prix - Canada, Italy and Brazil - as part of the push to shake up certain elements of F1 to engage new fans.

Driver contracts often centre around race results and wins, meaning there must be a clear definition as to what the sprint race constitutes from a legal standpoint

Qualifying would still take place under its current format, moving to Friday afternoon and leaving just a single practice session to take place on Friday mornings. It would form the grid for the sprint race, the result of which would then set the final starting order for Sunday's grand prix.

But one of the questions teams had in the meeting was what status the winner of the sprint race would hold. Would they hold the official 'pole position' for the grand prix? Or would that still be reserved for the regular qualifying format, making the sprint race victor an official 'race winner'?

It is a technicality that F1 will need to clarify, and not just for the sake of the record books. Driver contracts often centre around race results and wins, meaning there must be a clear definition as to what the sprint race constitutes from a legal standpoint.

There will also need to be clarity on how the addition of sprint races impacts the technical minutiae of running a weekend, namely tyre usage and part life. A tyre solution appears simple, given the teams will save sets with just one practice session. On the parts front, teams are subject to strict limits on how many power unit components they can use per year, but sprint races would undoubtedly add to the stresses placed on these parts. 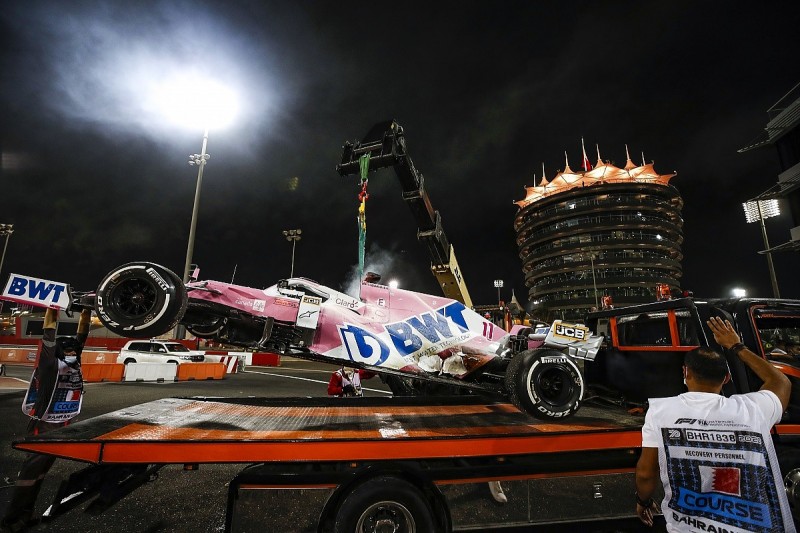 There will also be questions over matters such as grid penalties, and whether or not they can be served for a sprint race instead of for the grand prix. Although it will create some new areas for the stewards to introduce penalties, there will likely be far more questions emerging from it.

The points and prize money system also needs to be clarified. The awarding of points would add some extra spice to the sprint races, and leave drivers really weighing up the risk and reward of trying to fight up the order, particularly over a race length of around 30 minutes.

Given the distance is set to be one-third of a regular grand prix at 100km, awarding points at a similar weighting would seem logical. It could point to the top six getting points on a 8-6-5-4-2-1 format, or the top eight using the pre-2010 system. It is these kind of details that have to be clarified by the working group to ensure the format is fair and does not dilute the Sunday event.

Another big question surrounds race selection. Monza was an obvious pick for this kind of format, given its high-speed nature and chances to overtake, with last year's incredible race being the trigger for fresh talks over format changes.

Interlagos and Montreal are both logical picks - again, their layouts encourage overtaking - but there will inevitably be question marks over their viability this year, considering neither race happened in 2020. It is another example of F1's faith in the existing schedule, but one question would be that if the races don't go ahead this year, would other events pick up the mantle for the sprint races?

Sprint races may still cause concern among some hardcore purist fans about the direction F1 is heading in, but it is a gentle step that should not undermine the DNA of the series at a great deal. The quickest drivers and teams won't face any penalty for succeeding, which was the fear for many.

One of the valid concerns would be what the presence of another race in a weekend format does for the grand prix itself, and whether it would take any sheen off the Sunday event. 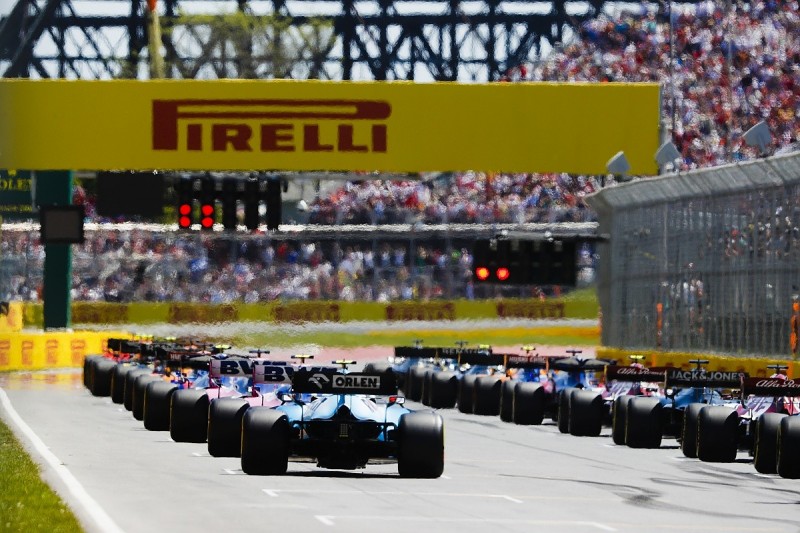 But as Jonathan Noble pointed out in his column earlier this week, the Macau Grand Prix runs a qualifying race format, and has never suffered as a result. If anything, it just adds to the entertainment and variation, often producing different winners.

And the beauty in all of this is that it can be rolled back quite easily if required. If, at the end of the year, the feedback is that sprint races were a bad idea, the fact they were only run at a handful of events makes it easy to remove. The opposite is also true: if they are a roaring success, then it can be expanded fairly easily.

With the teams on board for a trial of sprint races this year, the biggest hurdle has already been overcome. F1's new working group will iron out the details, but once clarity arrives in the coming weeks, it should give another reason to get excited for the 2021 season - and has to be considered an impressive early success in Domenicali's premiership. 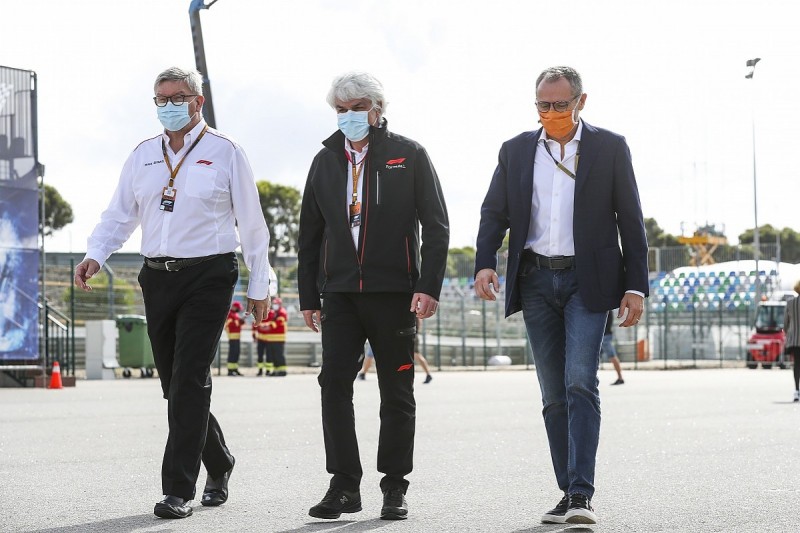