Ferrari has set the dates for its two launch events ahead of the new Formula 1 season, presenting both the team and the new SF21 car

After completing a first fire-up of the new car for the 2021 season on Friday morning, Ferrari announced that it would be holding two launch events in the coming weeks ahead of the new season.

Ferrari F1 boss Mattia Binotto revealed in December that the team was planning to split its launch events in 2021, holding one event for the team and a separate one to unveil the car.

These dates have now been set for 26 February and 10 March respectively, with the first look at the car coming just two days before the start of pre-season testing in Bahrain.

It makes Ferrari the sixth team to confirm its launch plans ahead of the new season, leaving Red Bull, Alpine, Aston Martin and Haas as the only squads yet to announce any dates.

Ferrari accompanied the announcement with a short video of the fire-up being completed at its factory in Maranello.

Shortly before the fire-up, Binotto addressed the entire Ferrari team, with the majority of members tuning in to watch the event via video call.

"Our 2021 season starts here," said Binotto. "We can expect plenty of challenges along the way and we are determined to do better.

"The car has been improved in all areas where developments are permitted.

"We must work in a determined and focused way aware of where we were and where we want to go."

Ferrari enters the 2021 season looking to bounce back from its worst season in 40 years after slumping to sixth place in last year's championship, scoring just three podium finishes. 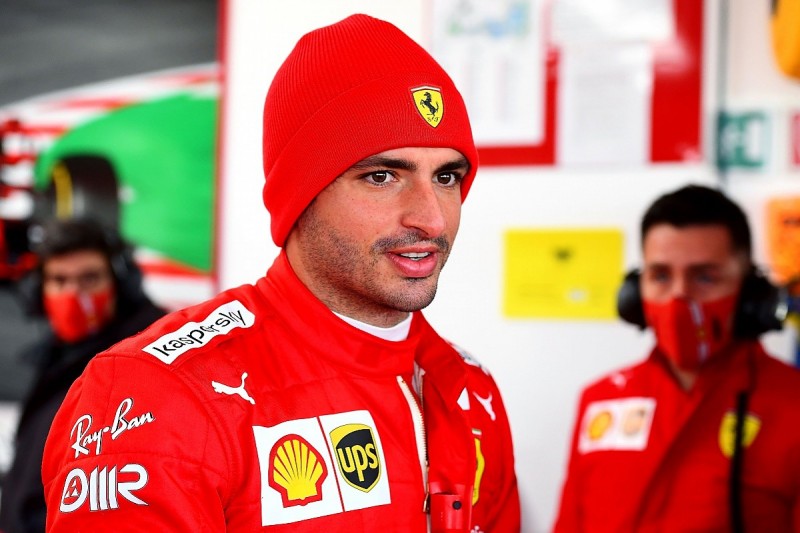 The team was hit hard following an FIA investigation into its power unit in 2019, with the resulting directives causing its performance to slump dramatically.

Sainz has already completed extensive running for the team in its simulator, as well as testing its 2018-spec car at Fiorano recently, but will not get a first run in the new car until the start of pre-season testing.

The Ferrari SF21 will complete its first extended run on 12 March when testing begins in Bahrain.