Red Bull has continued to turn the screw on Formula 1 rival Mercedes with yet more upgrades having lifted the Milton Keynes-based team clear at front.

With fresh arrivals of new Red Bull parts continuing to be spotted in the Red Bull Ring paddock last weekend, it was little wonder that Max Verstappen hailed the progress the team had made in delivering a car that felt like it was ‘on rails’.

Red Bull is clearly backing Verstappen in his fight with Lewis Hamilton for the drivers' title too, with the Dutchman regularly receiving updates ahead of teammate Sergio Perez.

This came in the form of two changes in Austria, as Verstappen adopted a different front wing specification to the Styrian Grand Prix.

He also enjoyed further changes to the sidepod deflector array as Red Bull made a bid to further boost the performance of his RB16B.

Red Bull followed the trend started by Haas some time ago of a Venetian blind-like deflector array. 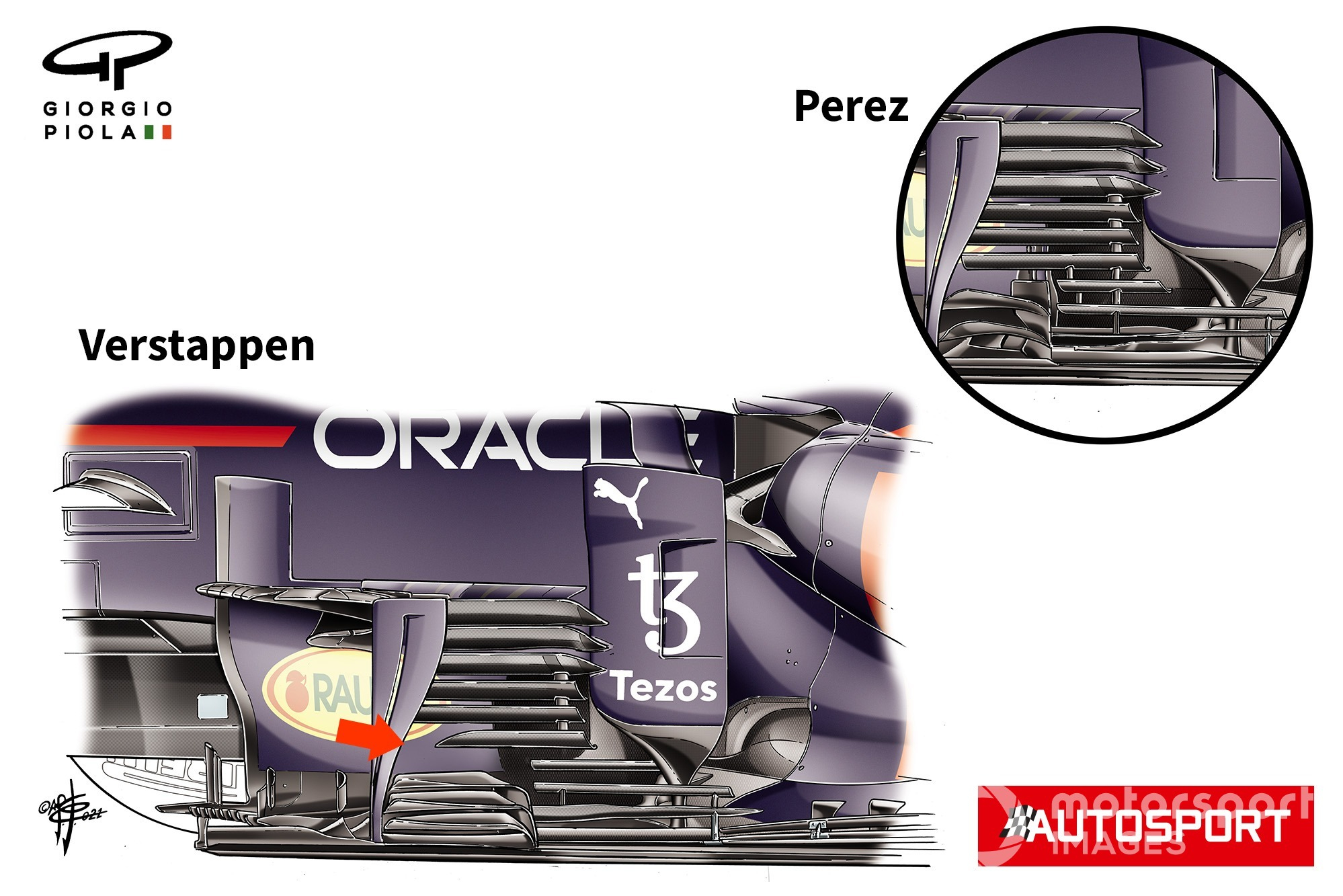 However, it has continuously modified the assembly to cater for alterations to the surrounding aerodynamic surfaces, whilst also generally looking for extra performance that comes as a result of direct adjustments too.

In this case, the latest update appears to be as a result of the alteration that the team made to the tall deflector in Portugal, when its shape was changed and placed at the front of the floor's axehead.

This resulted in the lower two elements becoming boxed in behind the deflector. So now, the team has added a third element and extended them so they reach further back down the floor.

The Venetian blind-like structure that bridges the gap between the two vertical deflectors has also been altered as a consequence, with the third and fourth slat up from the bottom the most affected. 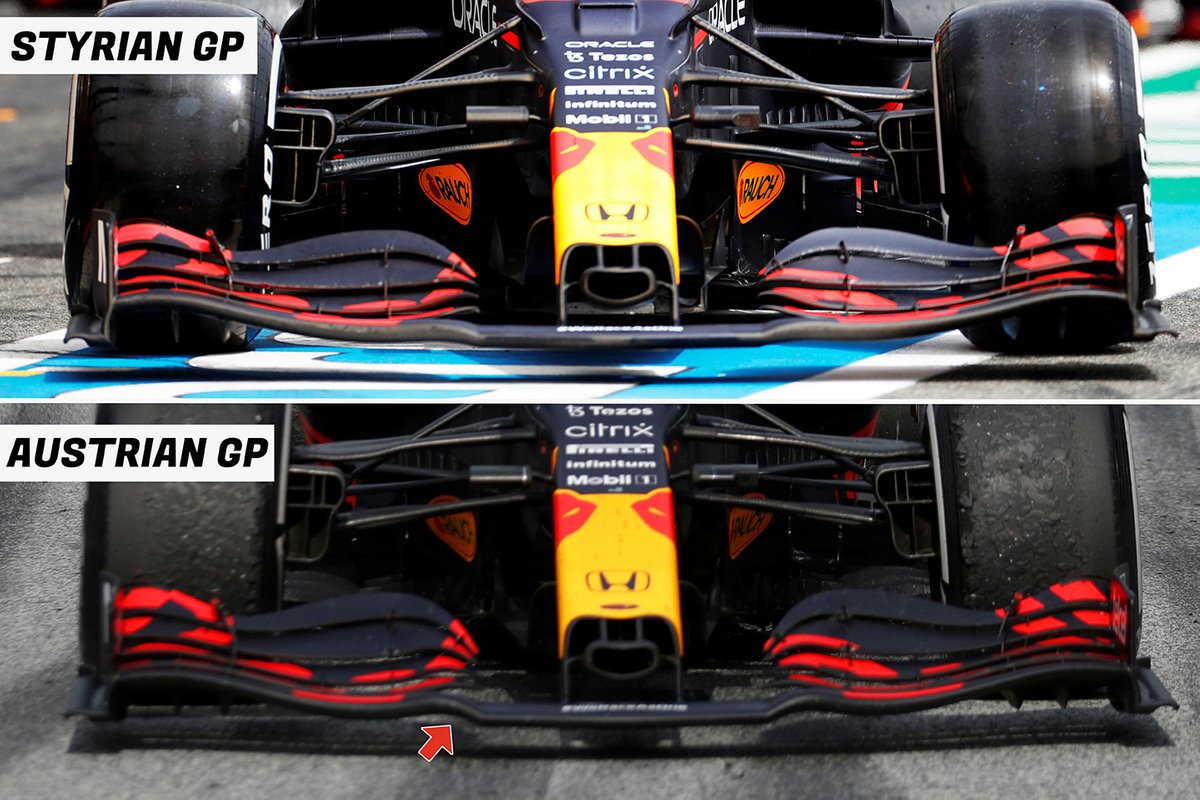 The front wing used on Verstappen’s RB16B featured a new mainplane design for the second race at the Red Bull Ring, with the leading edge at the transition point with the neutral section of the wing swooping upwards quite dramatically.

This has a dramatic impact on the 'Y250' vortex, which is generated by the surface and pressure differential created by the two surfaces joining one another. It is often an area where designers will look if they need to tweak flow down the car.

Any alteration here, be it to the mainplane, or the shape of the flaps and their tips just behind, can have a sizeable impact on vorticity, with the shape, direction and strength of the vortex all affected by the changes to those surfaces.

Meanwhile, a week on from the Styrian GP and Red Bull had a fresh delivery of parts that meant the fully serrated diffuser configuration that was enjoyed by Verstappen in the first race could also be found on Perez’s car this time around.