An accumulation of poor luck conspired to hamper Valtteri Bottas's Formula 1 title challenge in 2020 as team-mate Lewis Hamilton took his record-equalling seventh title. LUKE SMITH looks back over the season to pick out the moments where the Finn's hopes unravelled

The focus lay largely on George Russell following his heartbreaking defeat at the Sakhir Grand Prix, dealing him a brutal lesson in Formula 1 fortune.

But as Valtteri Bottas was left licking his wounds after being outpaced by Mercedes debutant Russell, the Finn also had his race ruined by some awful luck.

It was the latest in a long line of unlucky moments for Bottas in 2020. Although they may not have been enough to turn the tide in the F1 title race against Lewis Hamilton, it would certainly put his season in a different light.

So where did it go wrong for Bottas in 2020? And is he in fact the unluckiest driver in Formula 1?

Bottas arrived at Silverstone for the British Grand Prix in need of a response after team-mate Lewis Hamilton had won the two previous races from pole.

But after an early safety car forced Mercedes into a long second stint to make a one-stop strategy work, the Pirelli tyres were pushed to their absolute limit around the high-energy Silverstone track.

Bottas suffered a tyre failure with three laps to go, occurring early in the lap that meant he lost a ton of time crawling back to the pits. It meant he could only finish the race 11th.

Hamilton's tyre failure came halfway around the final lap, leaving him to cross the line on three wheels - but still win the race and pull 25 points out on Bottas. 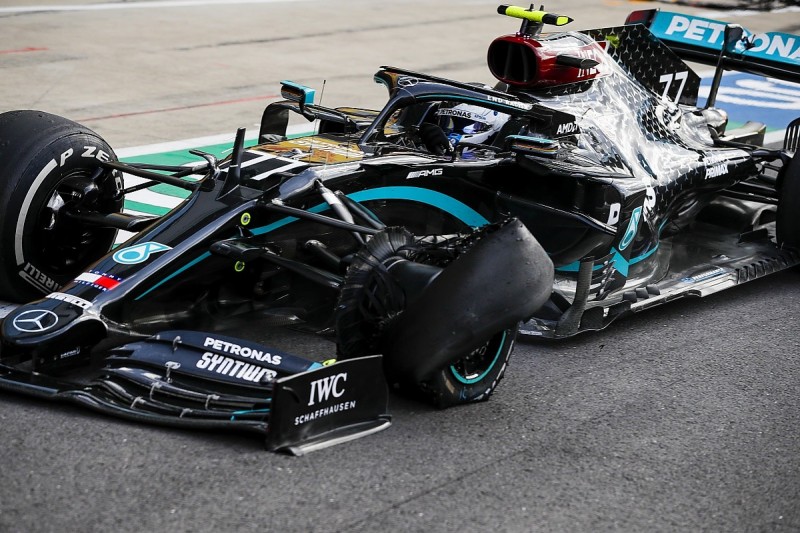 Slip ups by Hamilton are rare in F1, but he made one of his biggest errors at Monza when he entered a closed pit lane, landing himself a stop and go penalty that dropped him to the back of the pack.

It was a golden chance for Bottas to strike back in the title fight, but the Finn struggled to capitalise. A poor start dropped him to sixth in the early stages, and he was unable to scythe through the field as expected after the red flag and grid restart.

Bottas came home in fifth, just two places clear of Hamilton, but reported after the race that his car had handled so badly at points he thought he had a puncture. He also struggled with an overheating power unit - traditionally one of Mercedes' weak spots - meaning he could not put pressure on the cars ahead. 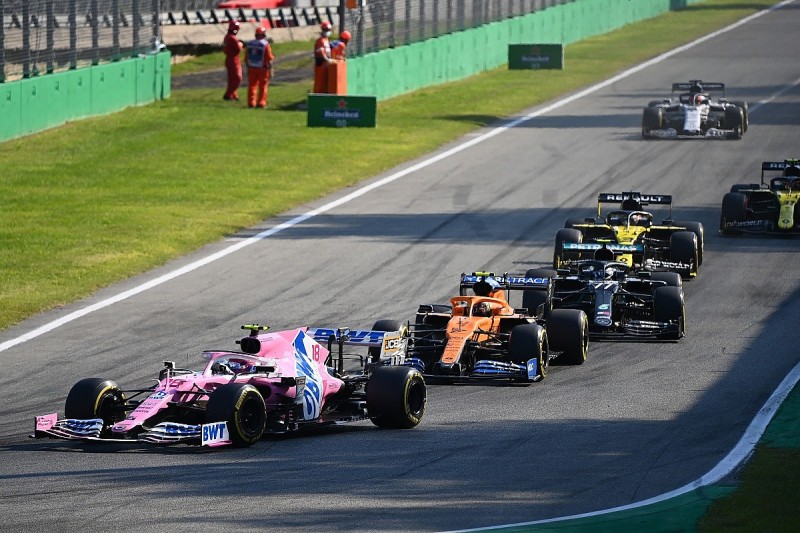 One of the final nails in the coffin for Bottas's title hopes came at the Nurburgring. After taking pole and fighting Hamilton off with a particularly bold move at Turn 1, victory looked to be well within Bottas' grasp in the Eifel Grand Prix.

But a mistake allowed Hamilton through into the lead as Bottas squandered his early advantage, before a Virtual Safety Car then allowed Max Verstappen to also get the jump.

Any hopes Bottas had of taking the fight to Hamilton and Verstappen were dashed a couple of laps later when he reported a loss of power after an MGU-H failure, forcing him to retire.

Bottas admitted after the race he needed a "miracle" to beat Hamilton to the championship - but Lady Luck was not about to start doing him any favours. 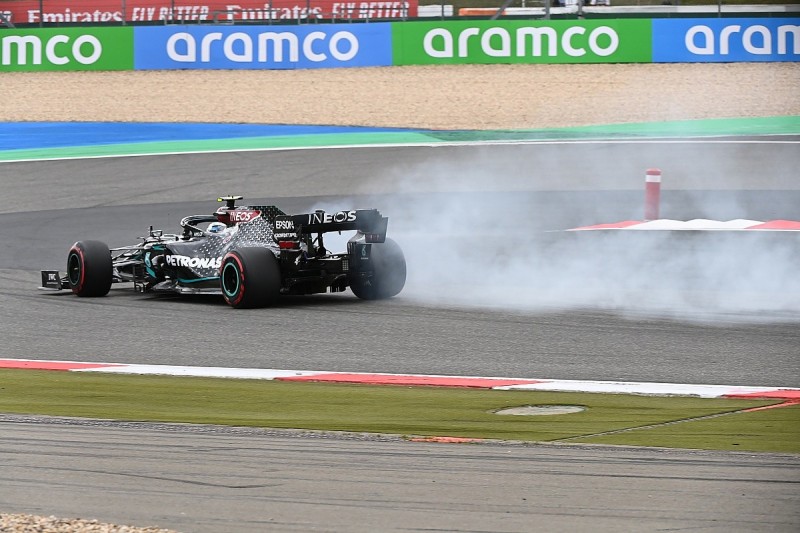 Bottas looked in good shape as F1 returned to Imola, scoring his second pole position in three races before nailing the start to retain his lead. As Hamilton dropped behind Verstappen and into third, things were looking more hopeful.

But even with the cards seemingly stacked so firmly in Bottas' favour, he was dealt yet another blow when he ran over debris left from Sebastian Vettel's Ferrari after an early clash with Kevin Magnussen.

A broken endplate from Vettel's car became lodged in Bottas' Mercedes and caused damage to his floor, costing him as much as one second per lap.

It meant he could not pull clear of Verstappen, allowing Hamilton to run a longer first stint and jump both cars, snatching another victory away from Bottas. 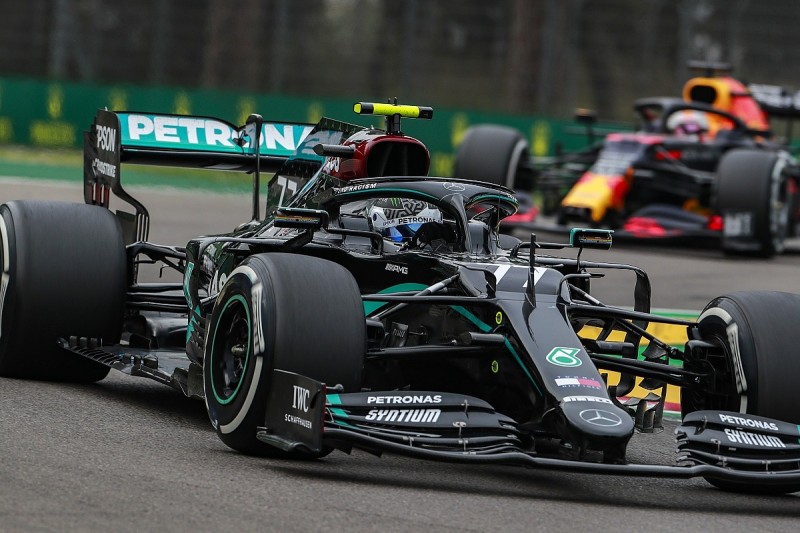 The Turkish Grand Prix was the low point of Bottas' season. As Hamilton was crowned world champion for a seventh time, Bottas crawled across the line in 14th after being lapped by his Mercedes team-mate.

Wet weather and low grip conditions made life difficult for all drivers, but Bottas had a particularly torrid race. He was forced to throw his car into a spin at Turn 1 to avoid Esteban Ocon, who had been clipped by Daniel Ricciardo. Eight corners later, Bottas tried a pass up the inside of Ocon, only to make contact.

The clash left Bottas's car with damage which he carried for the remainder of the race, leaving his steering off-centre and sliding through all left-hand corners.

Bottas had six spins in total through the race, marking a timid end to his title hopes. 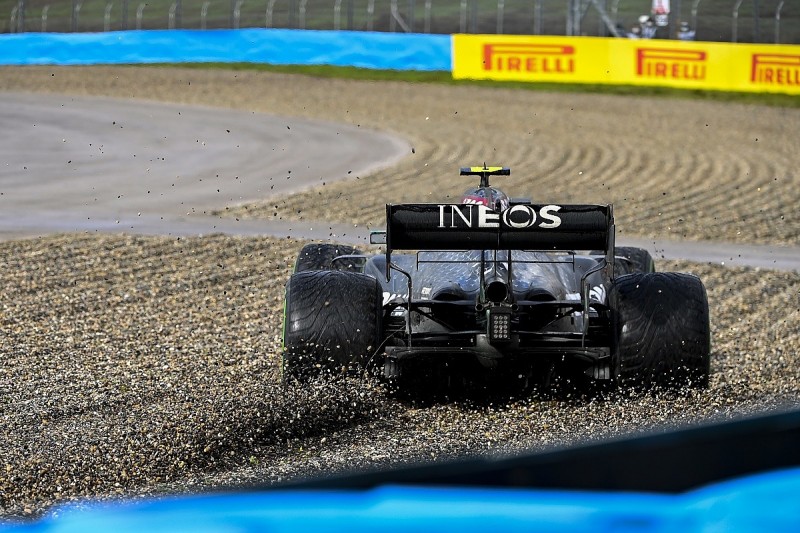 If Bottas thought the lack of pressure in the title fight would aid his fortunes in Bahrain, then he was sorely mistaken.

After a poor start dropped him down the order to sixth once the race was restarted after the red flag caused by Romain Grosjean's first lap crash, Bottas picked up a puncture that forced him to pit and switch to a three-stop strategy.

Although Bottas was able to battle his way back through to eighth place, it marked yet another weekend where things had not gone his way. He wasn't even helped by his tyre advantage in the closing laps as he bore down on one-stopping Pierre Gasly, as the safety car came out with three laps to go following a DNF for Sergio Perez, effectively bringing the race to an early end. 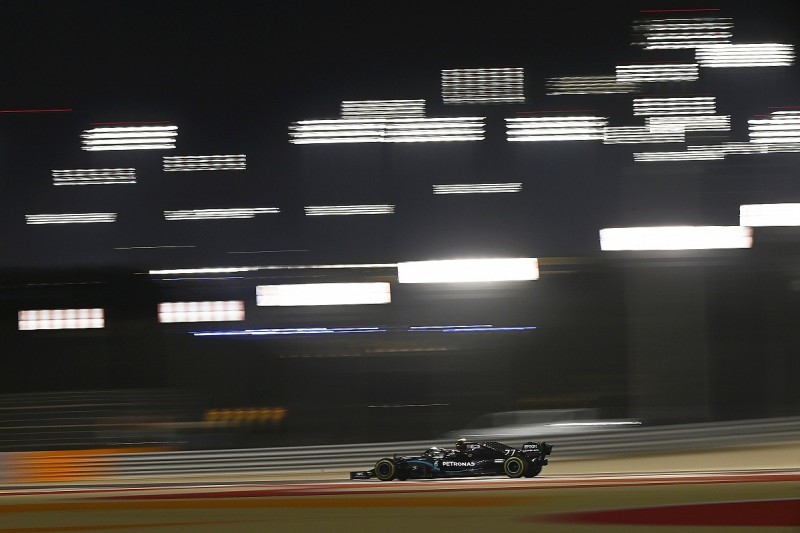 Pre-Sakhir - Hamilton gets COVID once title is settled

One of the greatest challenges drivers had to manage this season was being hyper-sensitive to picking up COVID-19, knowing missing a race or two could derail their campaigns - especially if you wanted to fight for the championship.

Hamilton may have lived like a "hermit", according to Mercedes boss Toto Wolff, but that wasn't enough to stop him picking up COVID-19 ahead of the Sakhir Grand Prix. After reporting mild symptoms, Hamilton tested positive, ruling him out of the Sakhir weekend.

The irony was that as Hamilton missed a race for the first time since his F1 debut in early 2007, it only came once the championship was settled, giving Bottas no chance to take advantage of his team-mate's absence.

That said, Bottas wouldn't have made a huge dent in Hamilton's points lead even if the title race were still alive. 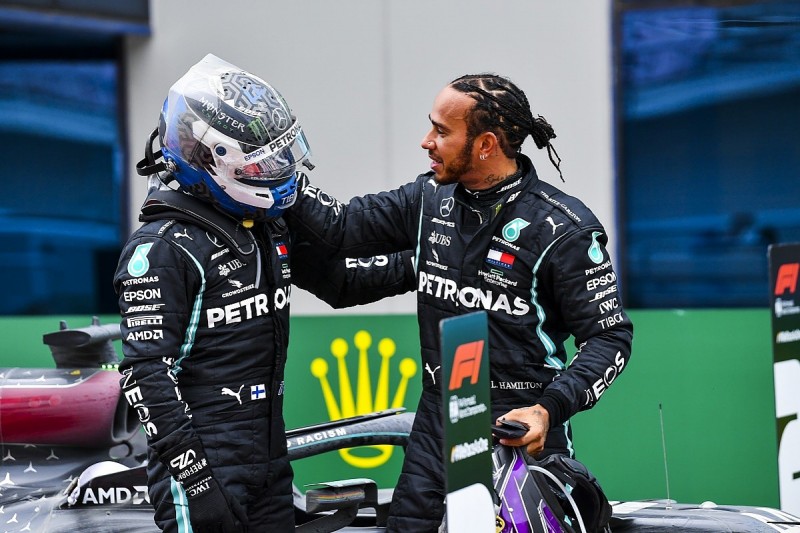 Hamilton's replacement Russell, may have taken most of the commiserations after being cruelly robbed of a maiden F1 victory not once, but twice, in Bahrain - but Bottas also lost out massively.

After being outpaced by Russell in the opening stint, Bottas did well after switching to hard tyres to make inroads on his temporary team-mate, cutting the gap from eight seconds down to just five.

But when the safety car was called and Mercedes tried to double-stack its cars in the pits, its race was ruined. Bottas stopped after Russell had been serviced, only for the Mercedes pit crew to find the front tyres meant for the Finn's car were on the other Mercedes W11 - which by now was already on the track and back in the race.

It meant Mercedes had no choice but to re-fit Bottas's car with his existing hard tyres. Although they were not any older than eventual winner Perez's set, by leaving him stationary for almost 30 seconds, it took all of the temperature out of the tyres.

As impressive and perhaps symbolic as Russell's pass was on the man he could one day replace at Mercedes, it was fairly easy given the cold tyre temperatures that Bottas was dealing with, explaining his drop back through the field to eighth. 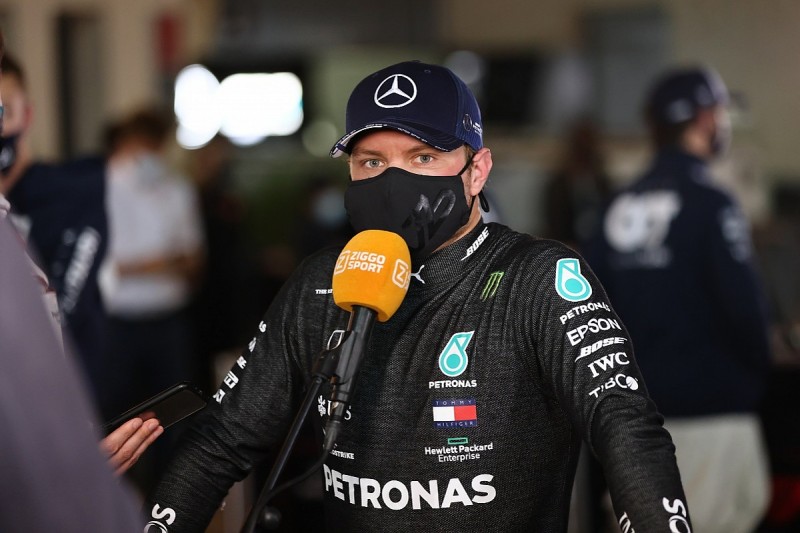 It has been a tough year for Bottas, losing out once again in the title fight to his team-mate. And although a reversal of his bad luck is unlikely to have done enough to swing the championship in his favour, it would certainly offer a fairer reflection of his performances this year.

"If I would make a list of all the unlucky events that are happening in the races during this year it is quite a long list," Bottas said after his Bahrain puncture.

"Should I cry or should I laugh? I'd rather laugh. Some of those things there is nothing you can do obviously and I am not a superstitious guy. It just sometimes happens.

"You can have a run of bad luck, and it can be many years or a short moment. I hope things equal at some point. That would be nice." 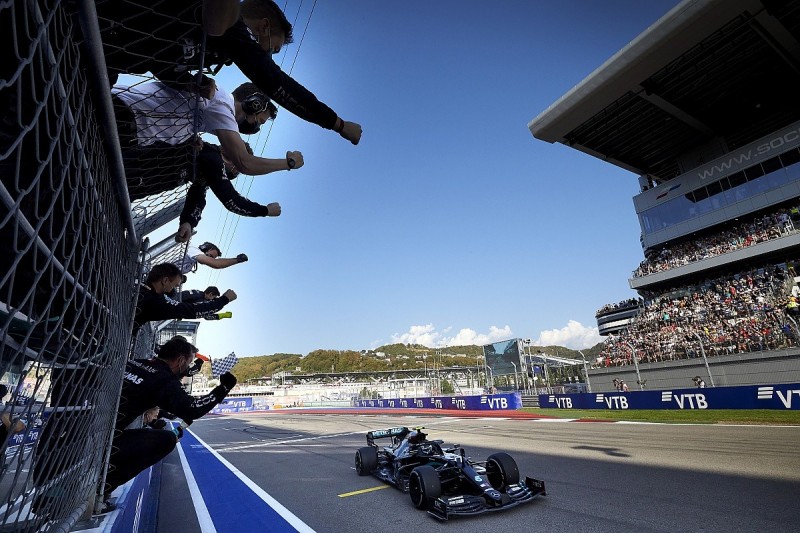