The draft F1 calendar revealed the series will visit Austin's Circuit of the Americas on November 3, the same date as Texas's Cup playoff race.

Austin has previously hosted F1 at the end of October, while NASCAR's calendar is famously rigid under the long-term agreement between NASCAR and the leading companies that own the majority of the series circuits.

While the F1 calendar will not be ratified by the World Motor Sport Council until October 12, changes are not expected.

NASCAR's 2019 calendar has been public since April. Texas Motor Speedway president Eddie Gossage hit out at F1 in a statement given to Autosport.

"Shame on Formula 1 for doing this to the fans," it read.

"Fans have recognised this as the NASCAR date on this weekend since its inception long before Circuit of the Americas was built.

"I would think a lot of fans - myself included - would enjoy going to both races.

"Now Formula 1 is making fans choose only one. Yet another bad call by Formula 1 showing their infamous indifference toward the fans." 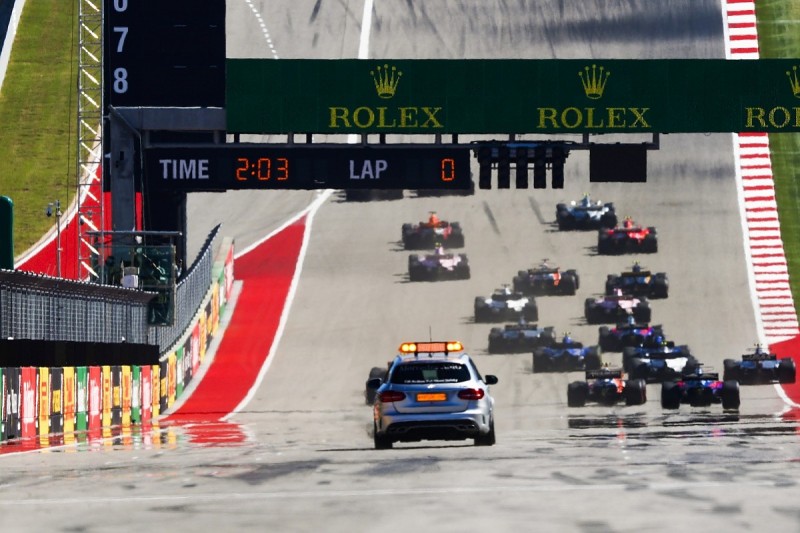 Earlier this month, Texas Motor Speedway and IndyCar reached a new multi-year agreement, despite the series holding talks with COTA.

The new deal reportedly cost Texas its "radius" clause, which meant a rival race could not be held within a certain distance of the circuit.

That has opened the door to an IndyCar race at Austin, which is believed to be the remaining sticking point before the series confirms its 2019 calendar.

Documents released by the local Austin government on Thursday revealed that COTA is seeking an agreement for an IndyCar race to be run between 2019-23.

The circuit adds it "is in competition to secure the winning bid to host a new IndyCar road race beginning in 2019 and continuing through '23".

It is seeking a resolution that will allow it to apply for funds from the local government's event trust fund for an IndyCar race.

COTA has requested the "conducting [of] economic studies, submitting applications, and submitting any required funding to the Texas Office of the Governor for IndyCar events".