Lance Stroll has been handed a 10-second penalty following his clash with Pierre Gasly at Formula 1's Russian Grand Prix.

Stroll careened into the back of Gasly's AlphaTauri at Turn 8 as the rain began to fall, leaving the circuit desperately slippery for the drivers as they tried to persevere with their slick tyres.

This turned Gasly into a full 360-degree spin, for which Stroll has now had 10 seconds added onto his total race time - and the Canadian has also received two penalty points on his superlicence.

That takes Stroll's current tally up to eight points - with 12 required for a race ban.

"Although noting the evidence of the driver of Car 18 that the conditions were extremely slippery especially as he was on old hard tyres, the Stewards determined that it was still the responsibility of the driver to ensure that having left the track due to those very same conditions, he drove appropriately taking them into account when he re-joined and turned into the next corner, considering there were two other cars in close proximity."

Stroll had been running competitively in the top eight before sliding off amid the ensuing rain and hitting the wall, which brought him behind Gasly on track - leading to his botched attempt to pass.

The Aston Martin driver was also close to wiping out team-mate Vettel at Turn 7 during the race, having drifted to the outside at Turn 10 and clumsily boxing in Vettel - leading the two to touch. 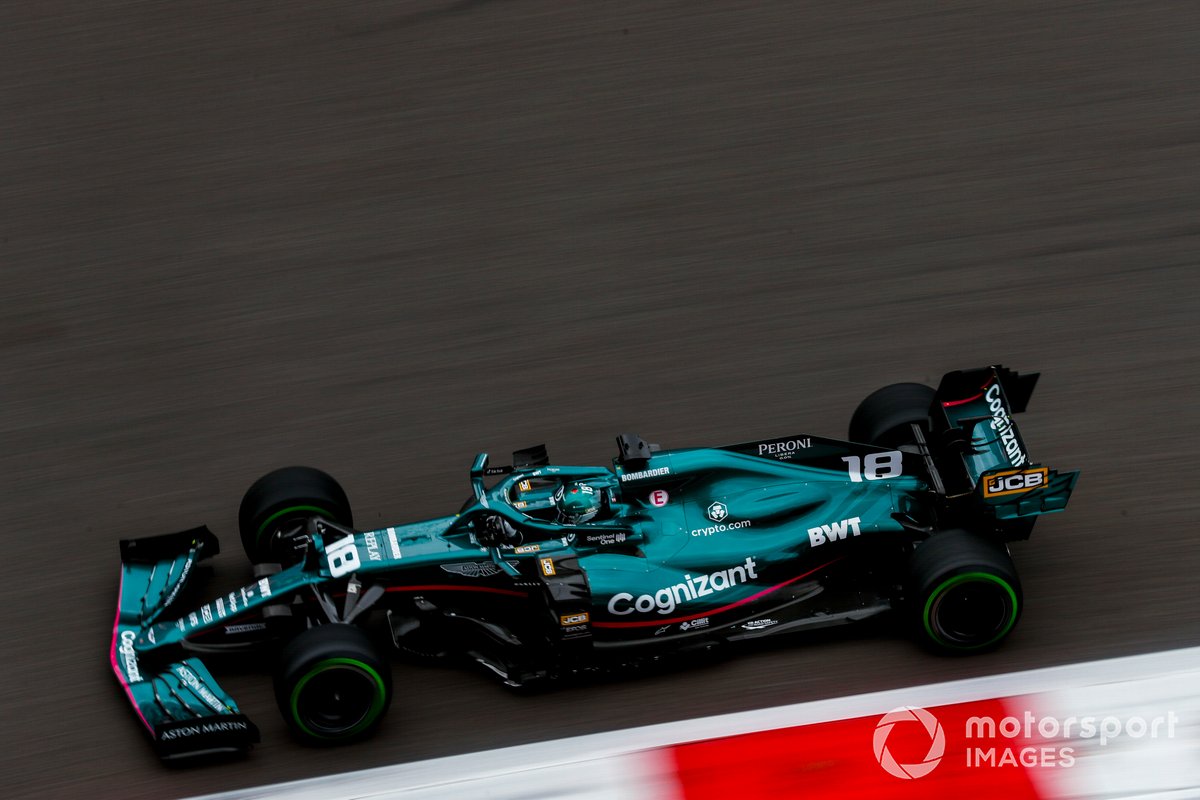 On the Vettel incident, Stroll said that he was unable to see his team-mate on the run to the back straight.

"Yeah I couldn't see him, I was trying to stay on the track and we just touched but nothing major," Stroll recounted.

Stroll had made his way up to fourth place at the start with a typically strong start, leapfrogging Daniel Ricciardo and Lewis Hamilton off the line.

However, Stroll's late-race antics left him classified in 11th place, and he felt disappointed not to score any points off the back of his strong opening gambit.

"[It's a] shame we couldn't pick up some good points in the end. I think it was probably possible if we pitted a lap earlier for inters. A shame," he continued.

"We struggled a bit at the end. We were in traffic the whole second stint which doesn't help the tyres, the tyre life.

"Just a shame about the end. We could have pitted a lot earlier and it could have really changed our race."