Lando Norris has kept seventh place in Sunday’s Formula 1 Russian Grand Prix after only receiving a reprimand for cutting pit entry during the late downpour.

Norris was closing in on a maiden grand prix victory after controlling proceedings from pole position before a late rain shower turned the race on its head.

Norris opted to stay out on slicks while the majority of other drivers came in for intermediates, only for the decision to backfire as the rain grew heavier.

The McLaren driver was eventually able to pit at the end of Lap 51 - two laps after eventual race winner Lewis Hamilton - but was shown on the TV feed cutting across the white line as he hauled his car into the pits.

The stewards noted the incident, and confirmed they would be investigating after the race, issuing a summons for Norris to meet them at 5:45pm local time in Sochi.

Cutting the white line at pit entry typically warrants a five-second time penalty, as seen in Austria earlier this year with Yuki Tsunoda.

But the stewards only opted to give Norris a reprimand for the incident, accounting for the fact that he had slowed his pace considerably to try and make it into the pits, and that cutting the line was not intentional.

“The stewards took into account that on the previous lap the driver of Car 4 had passed through Turn 17 (adjacent to the Pit Entry) at a relatively high speed, without loss of control,” the stewards’ bulletin reads.

“During the ensuing lap, the conditions deteriorated rapidly and were varied in different parts of the circuit. 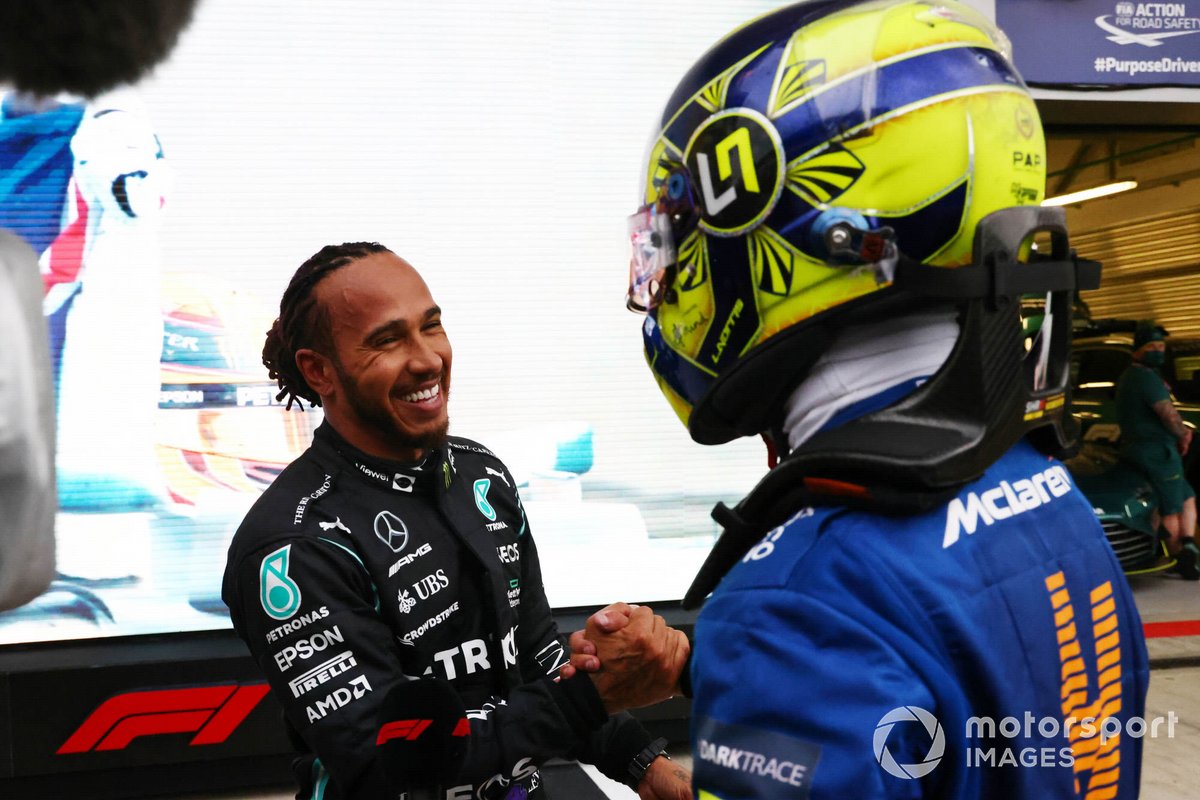 “The driver slowed considerably on entering the Pit Entry, with his speed approximately half of his normal pit entry speed, but still lost control and slid across the painted area between the Pit Entry and the track.

“Although obviously the driver chose to remain out on the track on hard compound slick tyres when others chose to change to Intermediates, and therefore sought to gain an advantage in retaining his race position, we do not consider that the crossing of the painted area was intentional or predictable in the circumstances.”

It marks Norris’s first driving reprimand of the season, but means the McLaren driver does not lose any more positions after his heartbreaking defeat to Hamilton in the late rain shower.